Since we’re always on the lookout for exciting projects from creatives, artists, photographers, architects and designers can upload their work through our submission tool. Although not all submissions will be published, we do take the time to look through all of them.

‘THE INTERNAL WORLD OF SOLITUDE’ BY GABRIEL ISAK

For his latest series ‘ The Internal World Of Solitude’, Swedish photographer Gabriel Isak captured surreal scenes in a dark atmosphere inspired by his own struggle with depression. We’ve featured his work before. Speaking of the process behind the project, Isak says: “For the past year I have been working on a series of images depicting surreal and melancholic scenes. These are inspired by the inner world of dreams and psychology, where I invite the viewer to interact with the internal world of solitary figures that symbolize our own unconscious states.” See more photos here.

Titled ‘Literally Balling’, artist Victor Solomon reinterpreted the basketball hoop as a luxury object crafted from stained glass in the traditional Tiffany style. To learn about cutting, soldering and the importance of historical accuracy, Solomon did a 1-year apprenticeship with glass masters in preparation of the project. His artworks depict the ‘religious devotion to sport’ and in a statement about the project, Solomon says: “Historically reserved for the religious, for the opulent, for royalty, here stained glass is juxtaposed to arresting effect.” See more photos here.

Stockholm-based architecture practice Predag Vujanovic designed the ‘A Chapel’, a glowing building located in Vojvodina the vast landscape of northern Serbia. According to the architects, the minimal steel structure was inspired by the art of American sculptor Richard Serra. In a statement about the design, the studio says: “Though it is called a chapel, it does not center on a specific religion. It serves as a beacon of light, a gathering point and place for meditation.” See more photos here.

‘ISRAEL AND BEYOND’ BY STEVEN SIMON

Originally from Austria, artists Michael Dietrich and Steven Simon launched a photography project titled ‘Israel and Beyond’. During a 6-day journey, the duo captured moments from contemporary daily life in the Holy Land. In an extensive statement about the project, the duo says: “While areas of tension and ongoing social deconstruction predominate the life of Palestinian citizens within the West Bank, you will find yourself surrounded by tradition, religious instructions and settled canons when taking a walk through the Jewish districts of Jerusalem, where life appears regulated and somehow peaceful. Especially today, as conflicts are intensifying, the topic seems to be of relevance again.” See more photos here.

Polish studio HOP Design created the multifunctional ‘Lantern’, which can be either used as a table or wall lamp as well as a pendant light. Each piece combines refined materials such as beechwood, brass and steel. Say the designers about the piece: “The project, stylistically and ideologically, combines the features of tradition and modernity, mainly through the used technologies and the form referring to an oil lamp.” See more photos here.

With a penchant for documentary photography, Swiss photographer Claudio Rasano went to South Africa and captured delicate portraits and landscapes in soft tones. The photographs were mostly taken in the surrounding areas of Cape Town and Johannesburg. Speaking of the process behind the series, Rasano says: “What connects the photographs is the impressive natural light of South Africa. It testifies to an immediacy, an instantaneous and honest encounter that places the object at the center.” See more photos here.

Titled ‘Planetary Bowls’, Helsinki-based designer Erin Turkoglu created a set of glass dishes. When spun, the free-blown bowls revealed soft pastel colors that were melted into the pieces during the glass blowing process. According to the designer, this process “mimics layers of atmosphere of a planet”. Says Turkoglu about her pieces: “The spinning bowls create a hypnotic pleasure that is only happening in the ‘here and now’ as if watching the clouds move in the sky.” See more photos here.

Photographer, installation and performance artist Ksenia Telepova created a series of dreamy images depicting the ‘in-between’ through the use of multiexposition. Says Telepova about the idea behind the series: “We started from the impossibility of understanding the intimate dynamics and connections existing between people – when they are not together – when they have no possibility to touch themselves, to stay in the same room, to see the same things and when they can’t share a personal and common space of living words.” See more photos here.

Budapest-based studio NARTARCHITECTS designed a concrete addition to an observation tower near Galyateto in the north of Hungary. Considered amongst the highest lookout towers in Hungary, the renovated structure’s main feature are three bivouac shelthers with colorful windows, which, according to the architects, create a special atmosphere for hikers who seek a place to stay. Speaking about the renovation process, the studio says: “After the significant structural reconstruction, the retained outer wall also plays a new role. The double mass of the inner core and the encircling steel stair-system is closed with a fine, rare woven stainless steel mesh on the external plane of the stairs.” See more photos here.

For her ongoing series ‘Maps’, artist Bretta C. Walker sews digital photographs in soft colors with red string. The striking images consist of mostly self-portraits. Speaking about the idea behind the project, Walker says that she wanted to “address [the] invisible illness […] as well as the tangible and the intangible human condition.” See more photos here. 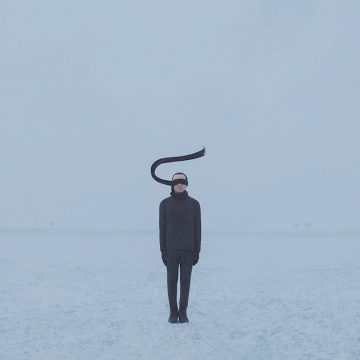 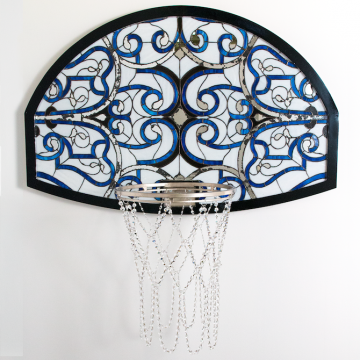 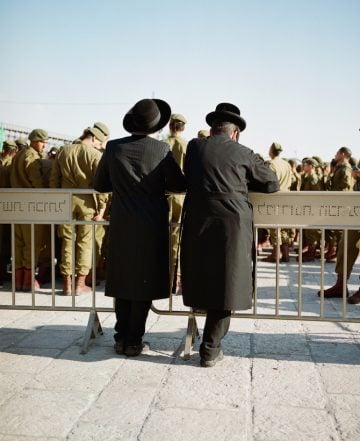 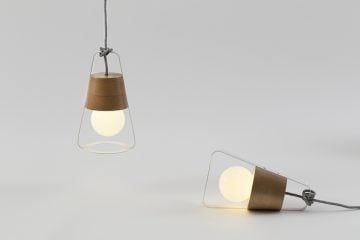 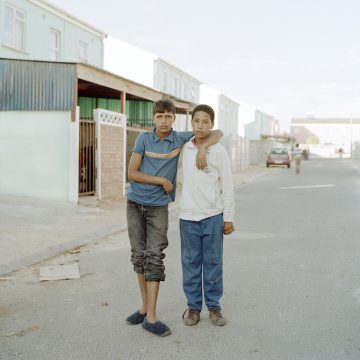 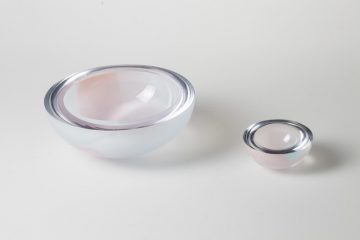 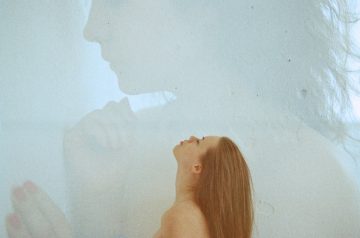 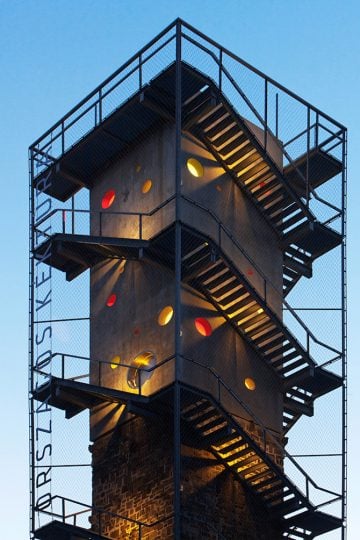 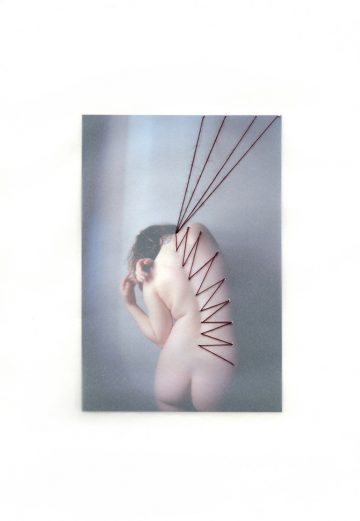 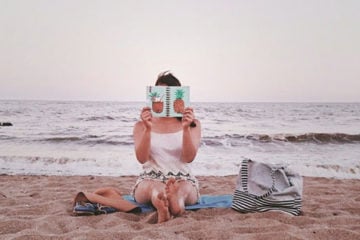 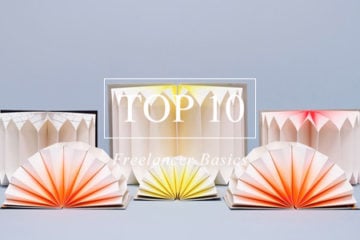 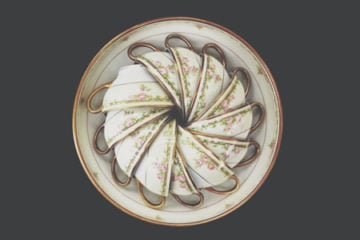 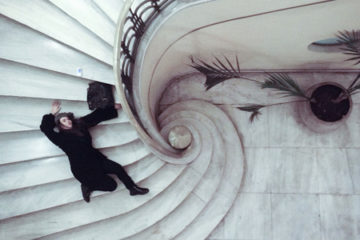 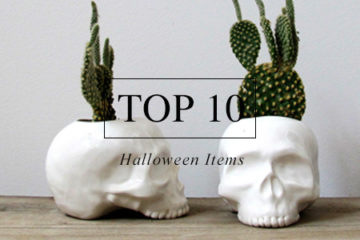 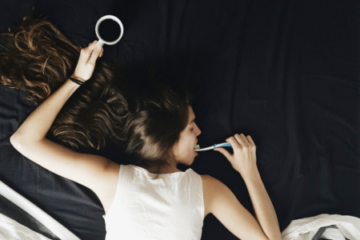 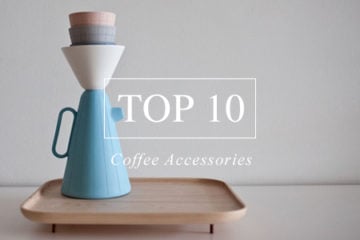 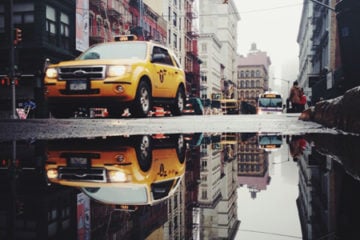 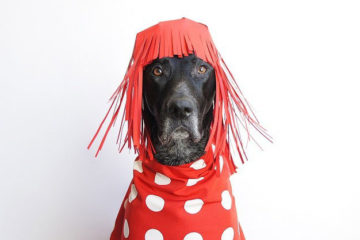