The Izabelin House by REFORM Architects is a two story mirror house concept that is formed of two horizontally configured blocks. The house’s lower storey is clad with reflective paneling. These mirrored surfaces appear as an extension of the forest floor, with opaque areas stacked above. The bottom level includes also a sheltered terrace in a shade of dark brown wood that matches the surrounding earth. The second floor appears to float above its mirrored base, a levitating box that will hover in the thick forest.

All images © REFORM Architects | Via: Highsnobiety 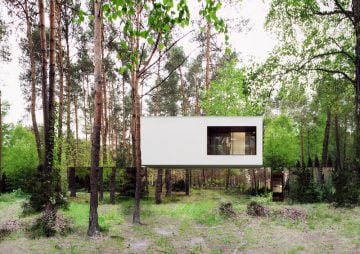 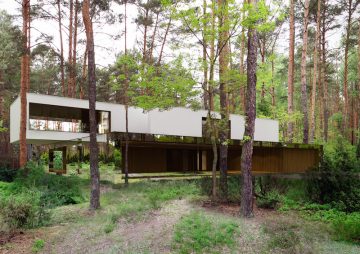 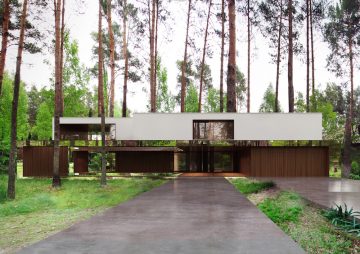 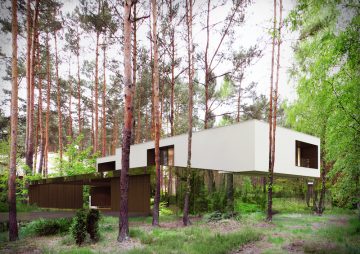 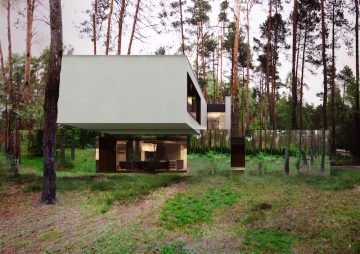 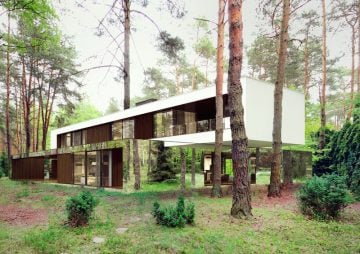 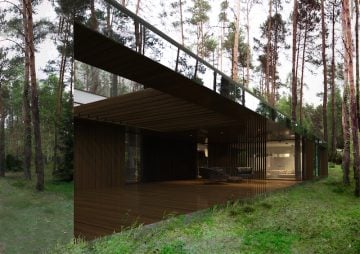 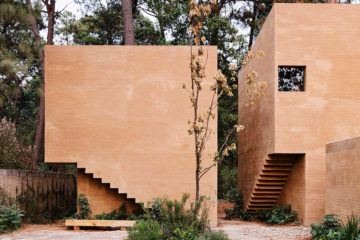 Taller Hector Barroso Designs Homes Amongst The Pines In Mexico 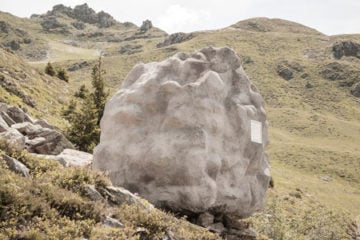 Antoine By Bureau A 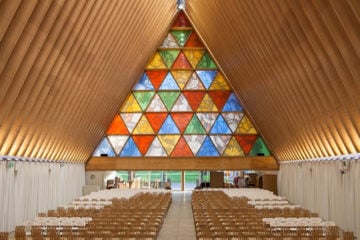 The Cardboard Cathedral By Shigeru Ban 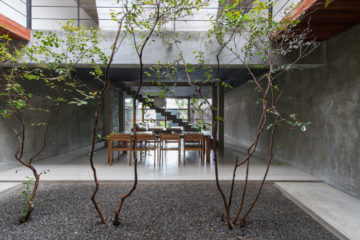 A Linear Sri Lankan Home At One With Nature 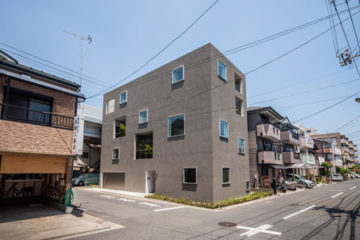 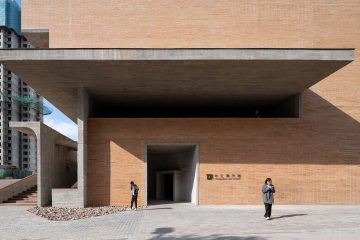 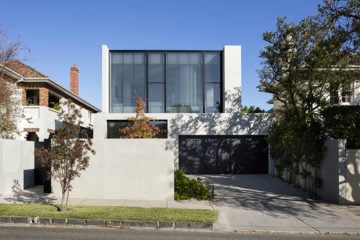 An Elegant Residence In Melbourne 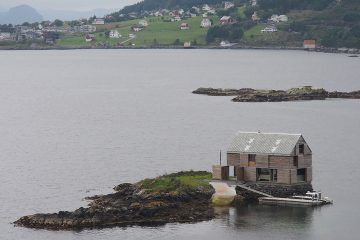