To celebrate the slowly rising temperatures and the sun in Berlin, we assembled our Top 10 Summer-Inspired Artworks taking place on the beach. If you know more, please feel invited to share them in the comments below. Enjoy.

Tadao Cern created the series ‘Comfort Zone’ exploring how a certain place affects peoples behavior. During our everyday life we all try to hide our shortcomings and once we find ourselves on a beach – we forget about everything and start acting in a totally different manner.

Gray Malin’s series ‘A la Plage’ was shot from door-less helicopters around Europe and Australia. From above, people and objects become patterns, creating repetition, shape and form. Malin’s photographs are a visual celebration of color, light, shape—and summer bliss.

Hot With The Chance of a Late Storm

It’s summer, it’s hot, the sun is burning, melting everything her rays reach. The installation ‘Hot With The Chance Of A Late Storm’ by James Dive’s, has been touring Australian beaches. The ice cream truck, oozing like a melting ice cream cone dropped onto the sand, is intended as a comment on global warming.

Orchard Beach, a beach built in the 1930′s, may not be the most scenic place in New York, but the closest and only place to go swimming and spend a day at the beach in the Bronx. Wayne Lawrence’s project ‘Orchard Beach: The Bronx Riviera’ consist of beautiful images of strong and proud men and women, families and couples. Lawrence says: “I was drawn to Orchard Beach in particular because it’s man-made and has a reputation for being one of the worst beaches in New York. But to most of the people who go there, it’s the best thing happening during the summer.”

In his series ‘Master Plan’, designer Chad Wright recreates the artifacts from his childhood. It’s phase one of what will be a three-part series. He focuses on the mass-produced tract house, re-examining it as symbol for the model American Dream that seems to come to nothing, just like his installation.

Danish creative studio PUTPUT has captured the summer spirit in a fun way with their project ‘Popsicles’. The series consists of playful, brightly colored re-interpretation of the classic iced treat, however, sandwiching the unlikely medium of cleaning sponges.

Gunilla Klingberg’s work ‘A Sign In Space’ is a graphic star-pattern composed of truck tires, printed as a relief on the sand at Laga beach during low tide. At high tide the pattern will slowly vanish as the tide rises.

The series ‘Small Economy’ by Olena Slyesarenko focuses on the quickly changing commercial landscape of Ukraine and its impact on the work force. The images of beach vendors and other small, unlicensed businesses record an element of Ukrainian visual culture as it disappears. Not without irony, the beach portraits capture a black-market economy in the sunshine.

Heather Horton’s series ‘Swimming Portraits’ was inspired by a hot day in Buffalo, New York, where she was visiting a friend. Her friend swam back and forth in the private pool of their house for a long time as Heather took a multitude of photographs which she developed into the five paintings in this body of work. 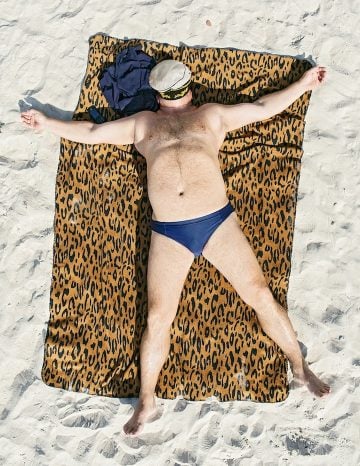 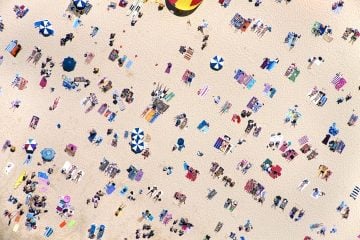 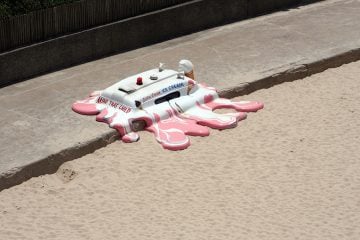 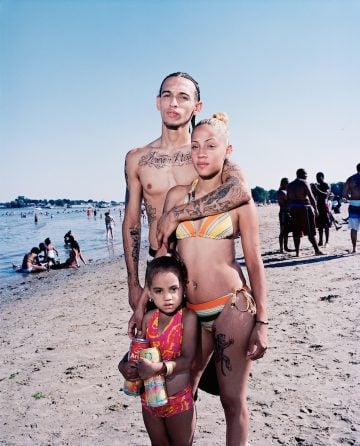 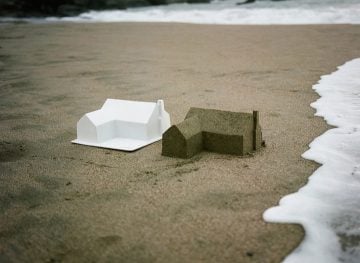 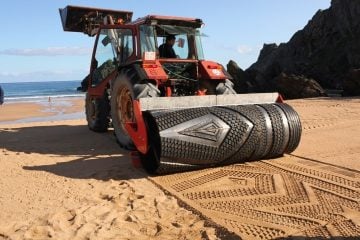 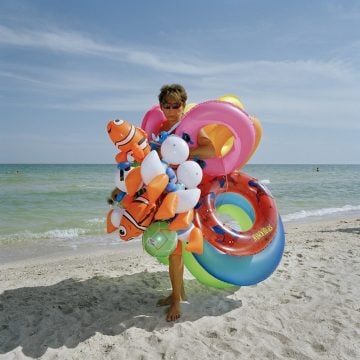 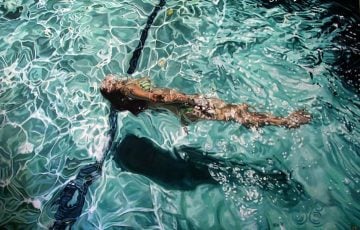 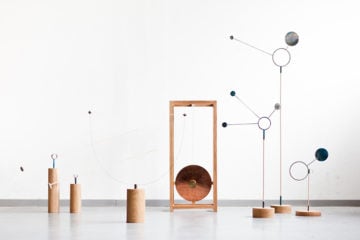 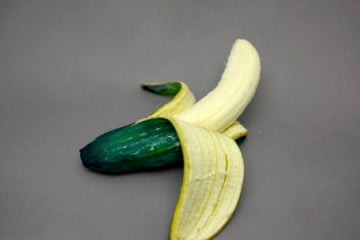 It’s not what it seems by Hikaru Cho 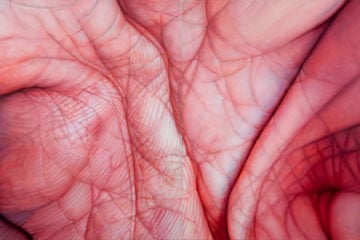 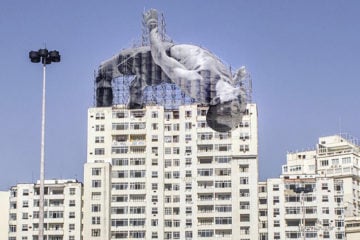 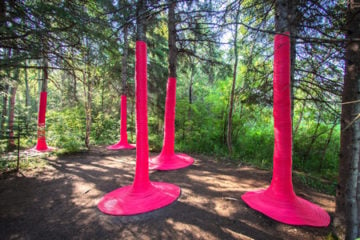 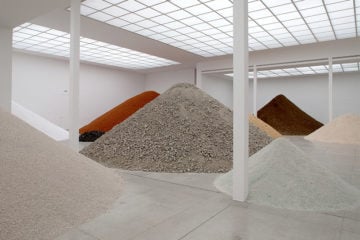 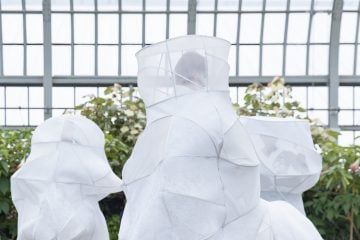 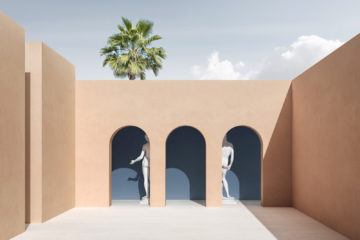