Situated in the Comano hills, a small village near Lugano in the southern region of Switzerland, architecture firm DF__DC has designed ‘The Concrete Villa’ to emulate the shape of its geometric site.

Responding to a brief to conceal the interior from neighboring homes on both the north and south end, founders Dario Franchini and Diego Calderon conceived of the house as an inhabited wall, with its form taking after the plot’s elongated trapezoid shape. “In order to avoid the effect of an excessively long and closed volume but also ensuring a level of privacy, the flank elevations are articulated by a series of deep rectangular fins,” explains the firm. The home sits on the site of a former vineyard. Its exterior is constructed from gray reinforced concrete; volumes are positioned at varying angles to create the striking facade. A large, curving staircase connects the three stories of the home and forms an arresting focal point for the interior. It leads up to bedrooms on the first floor, the asymmetrical position of which makes the house appear smaller from the street, while presenting the opposite effect from the pool at the rear of the home. 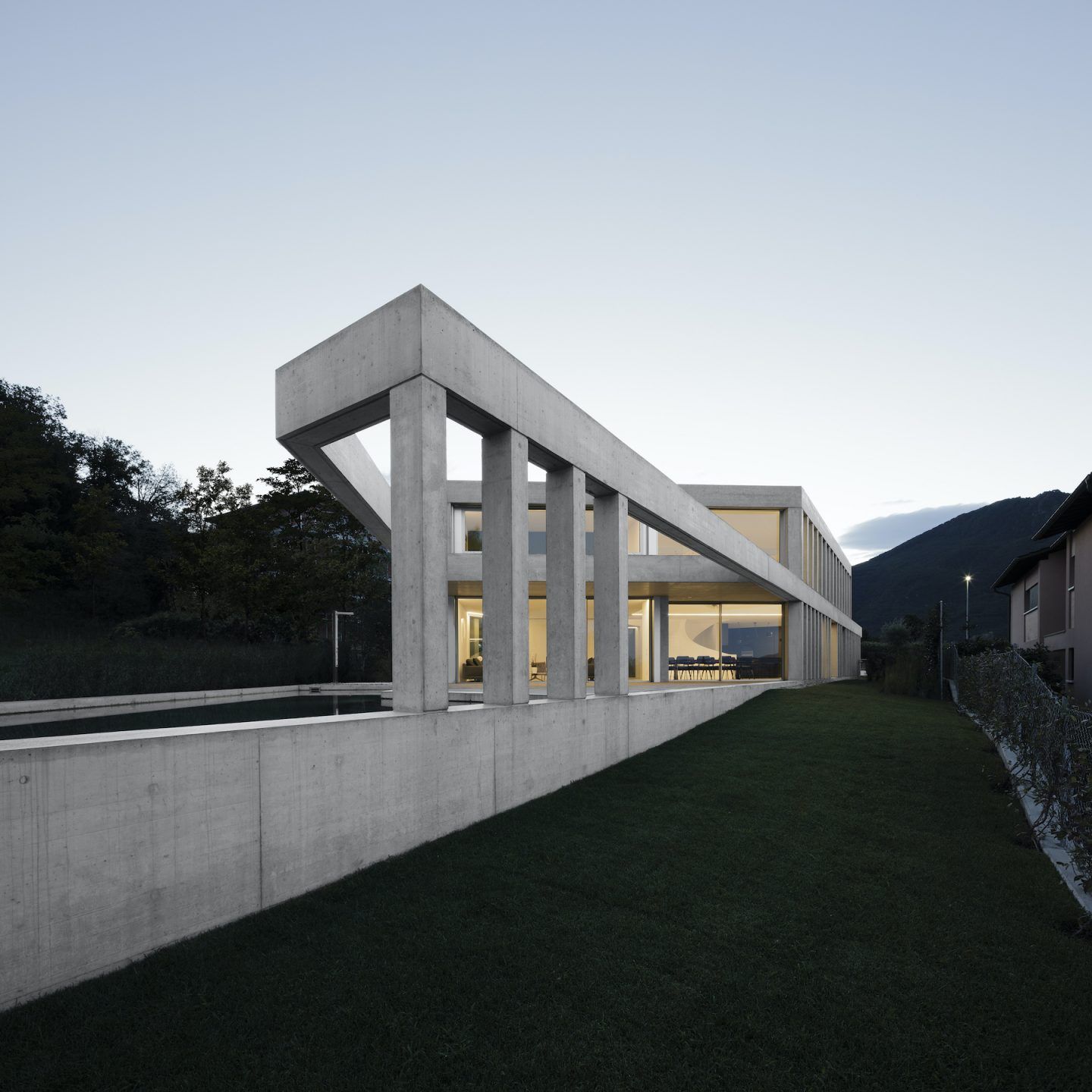 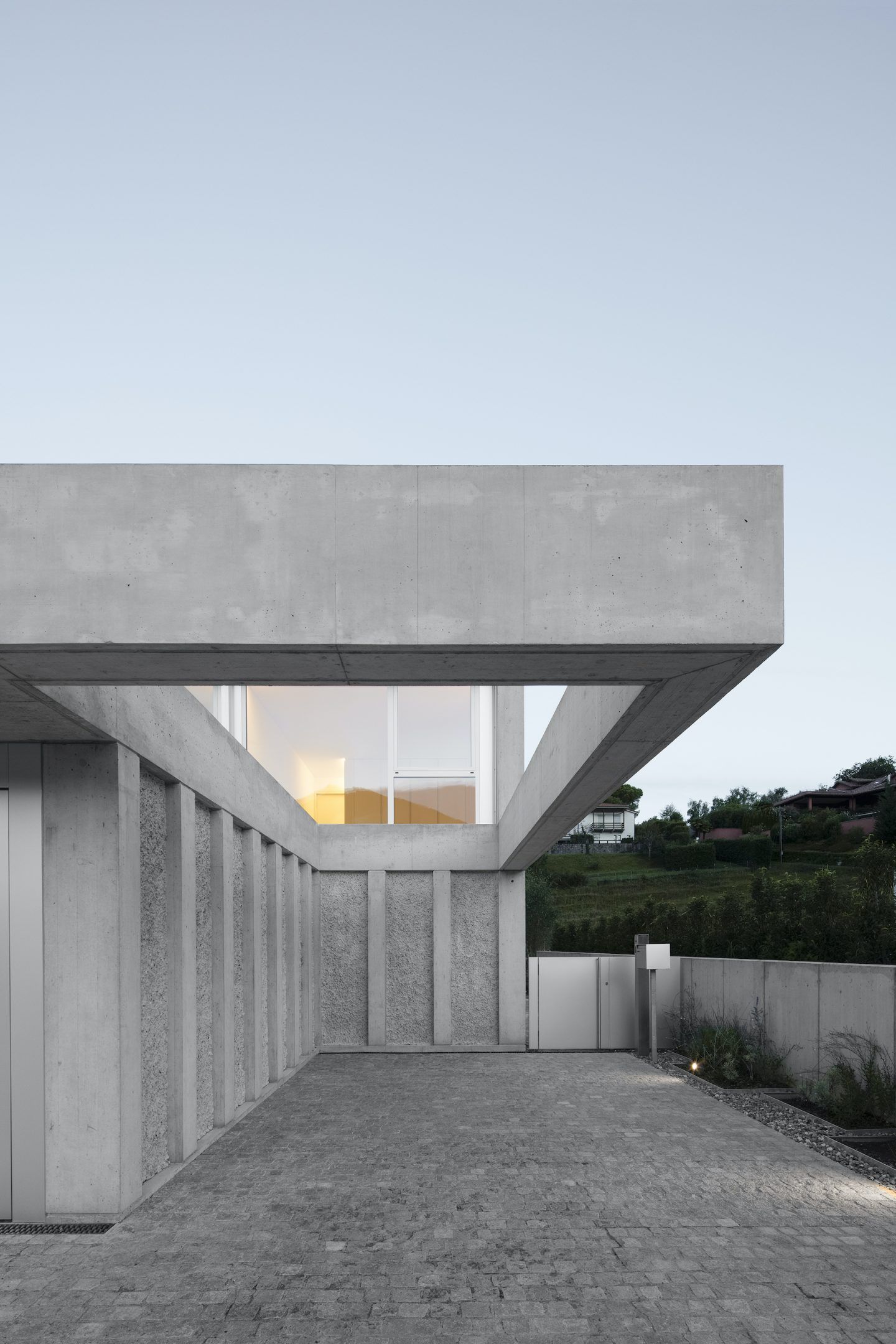 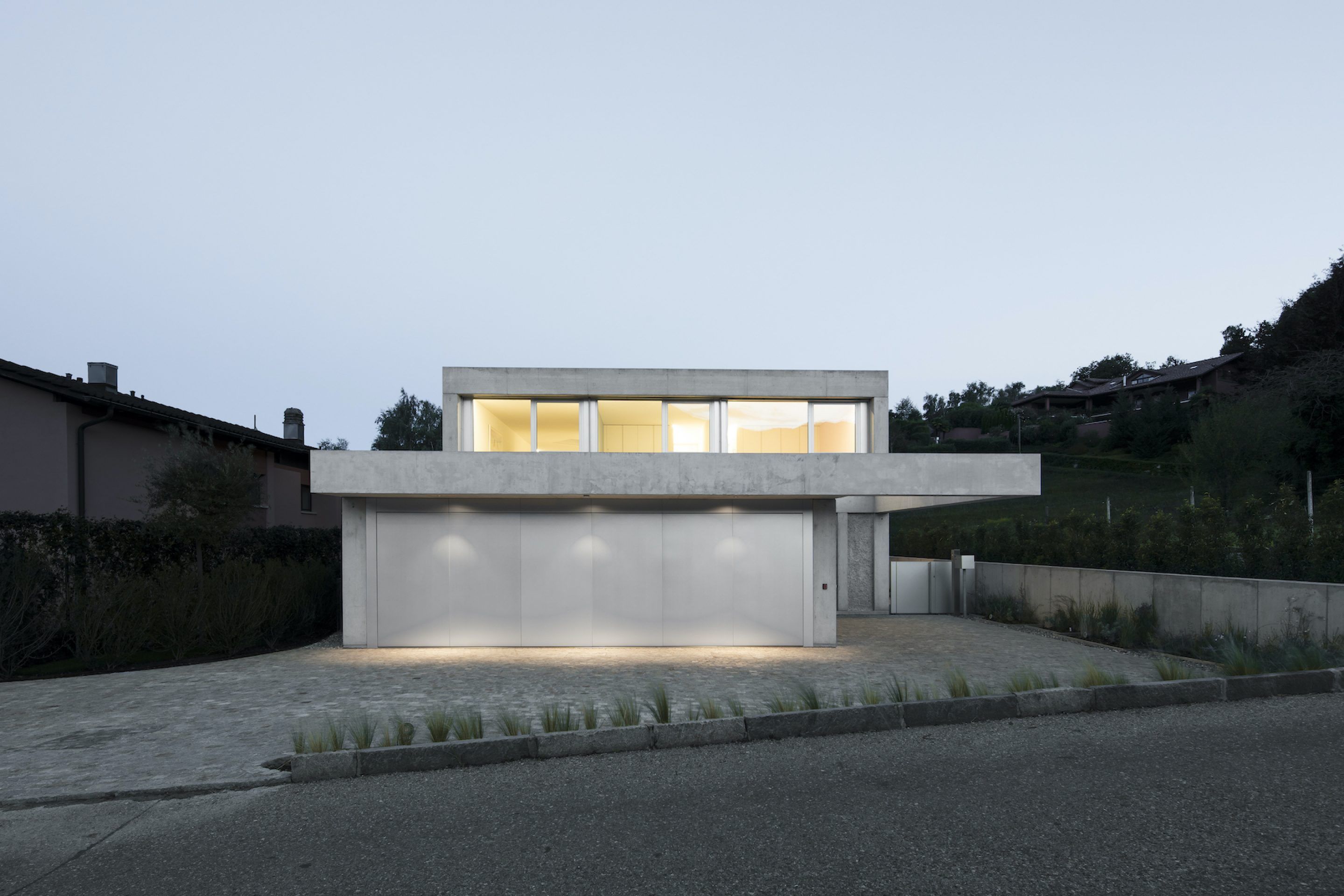 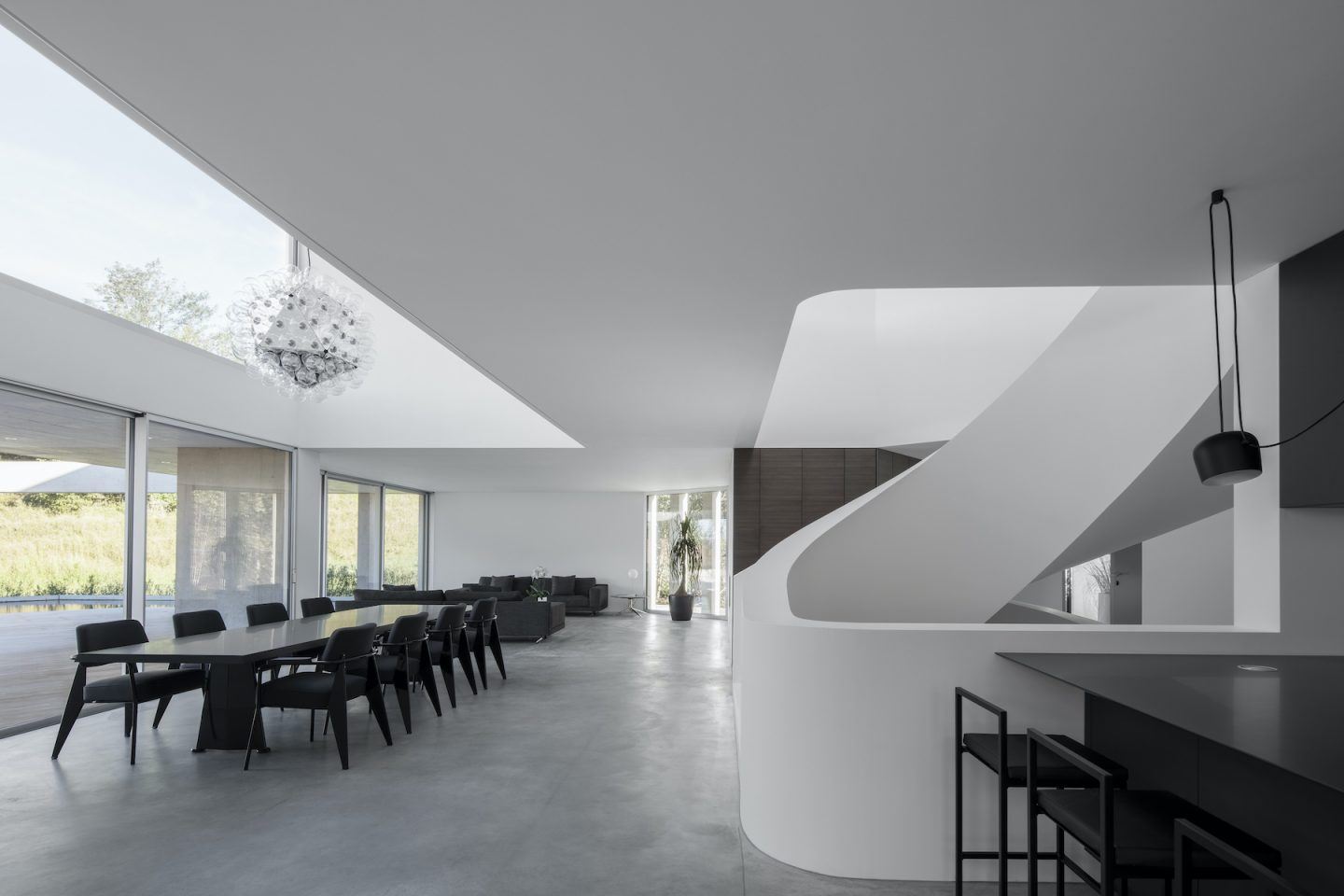 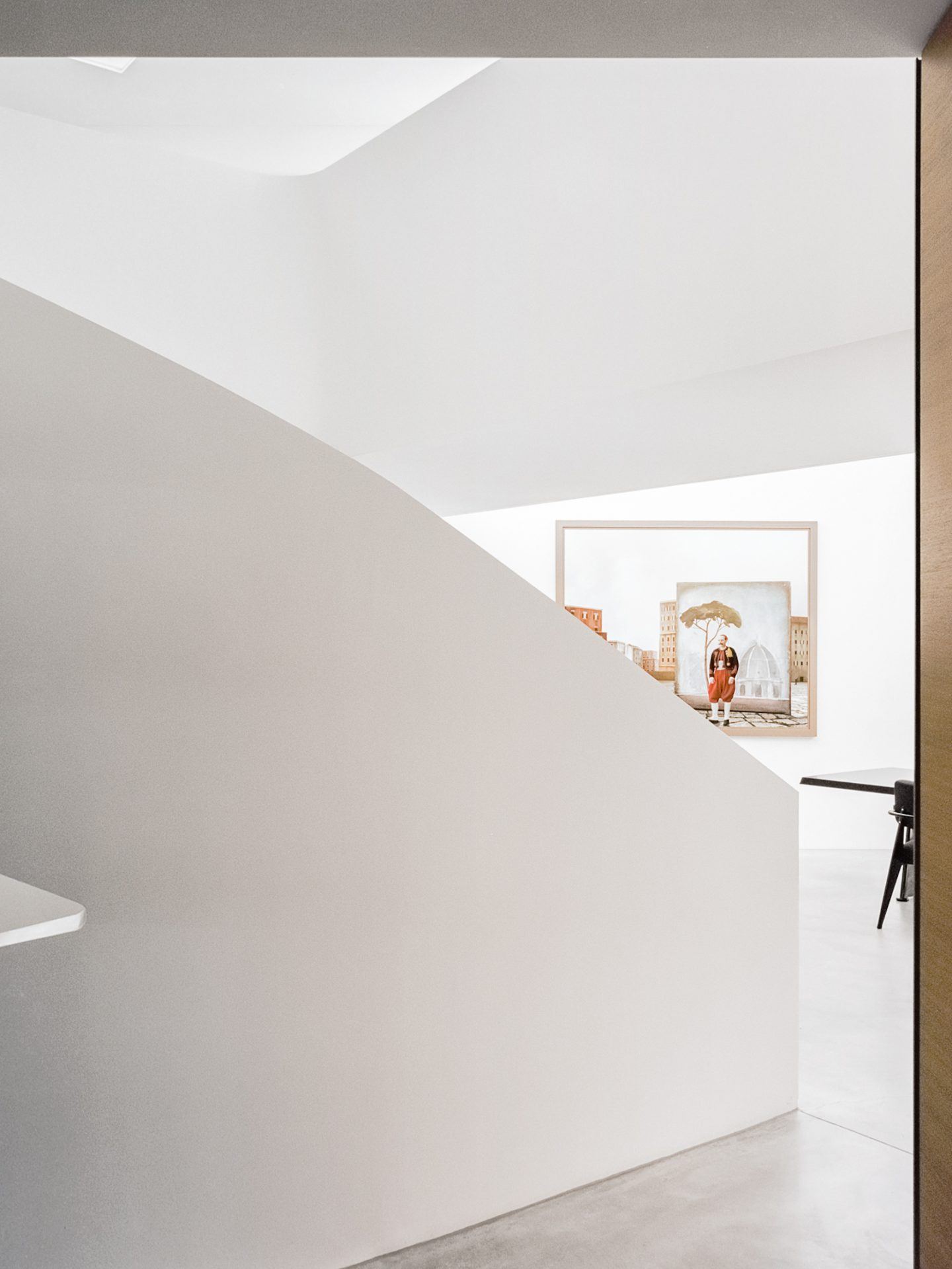 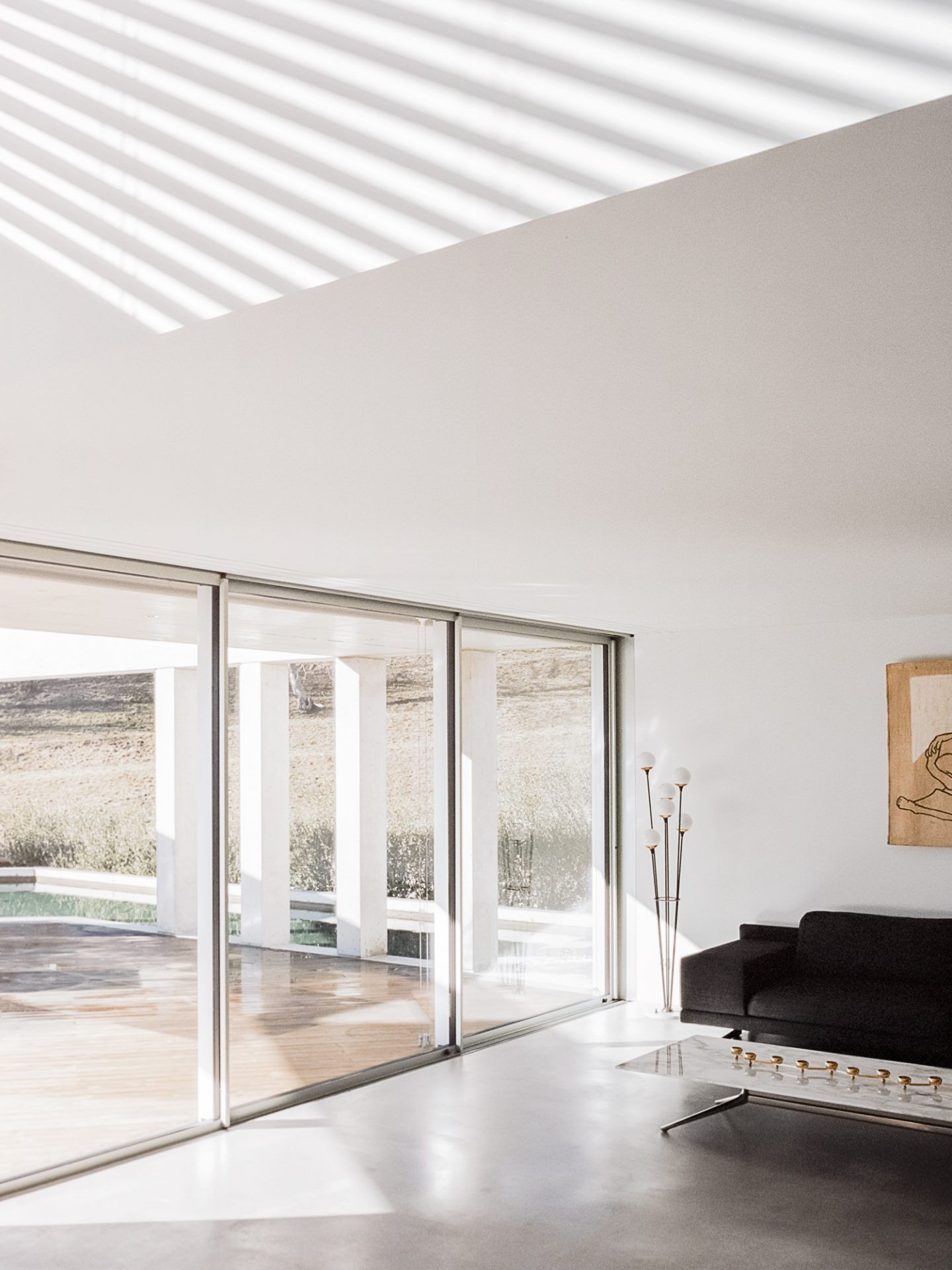 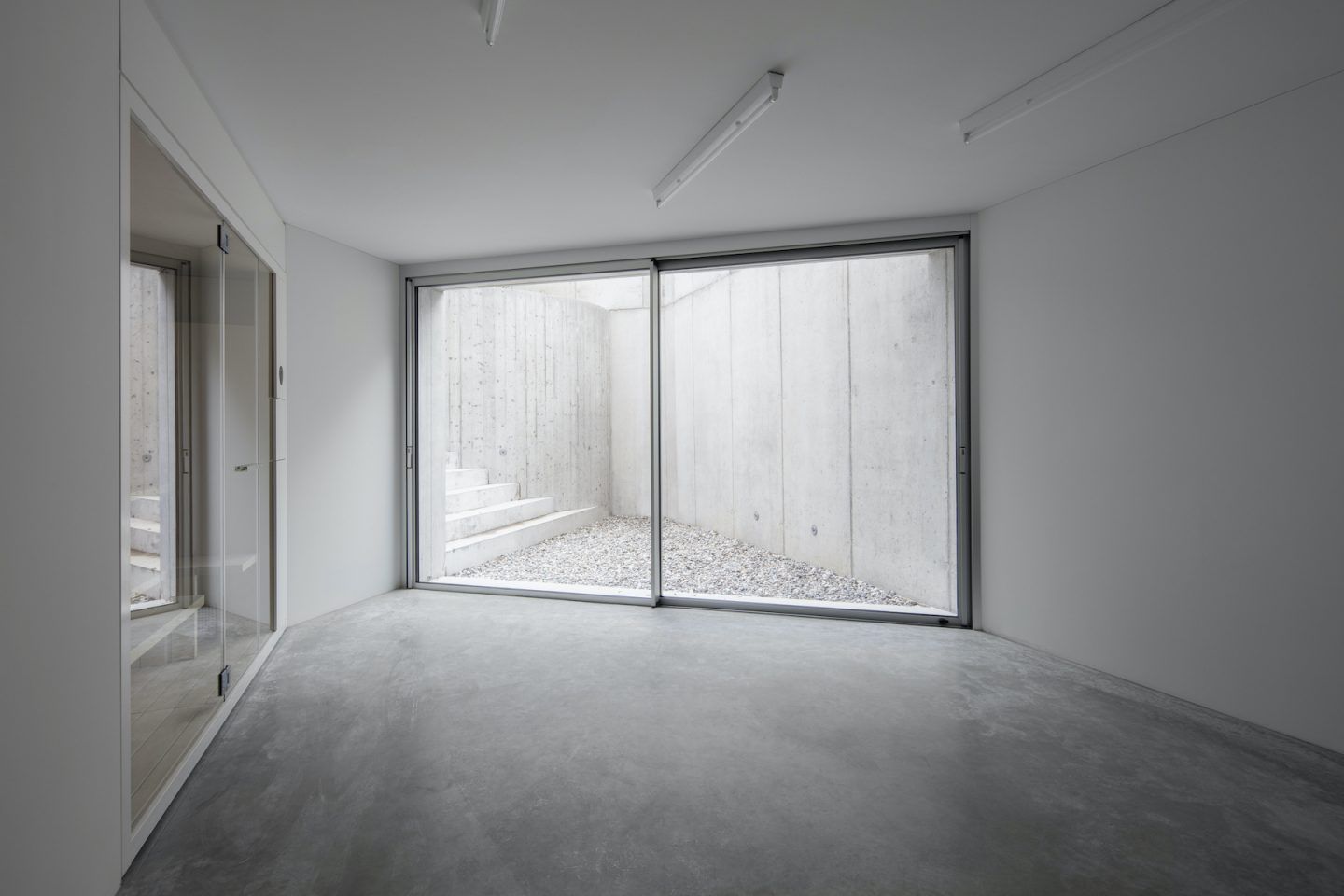 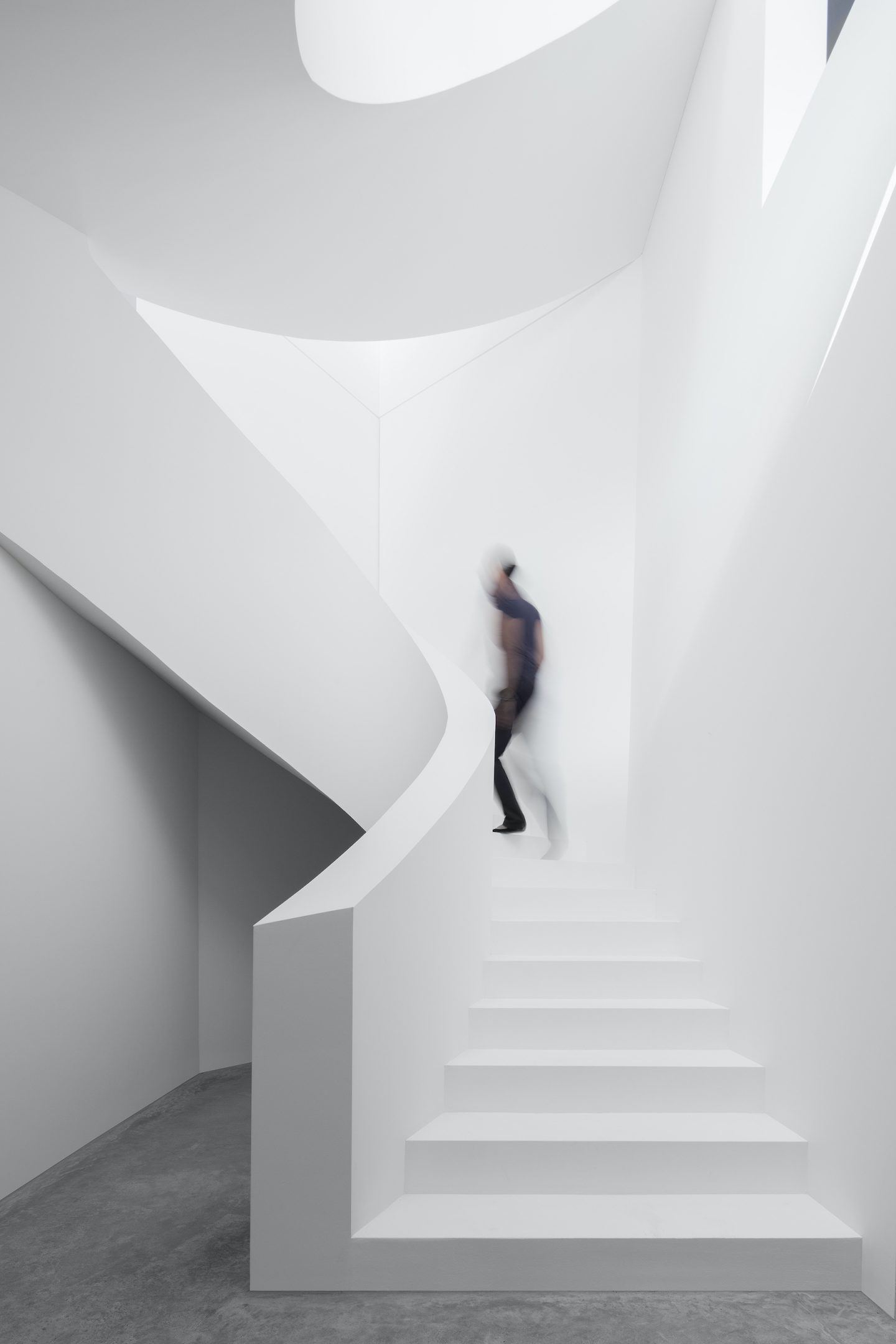 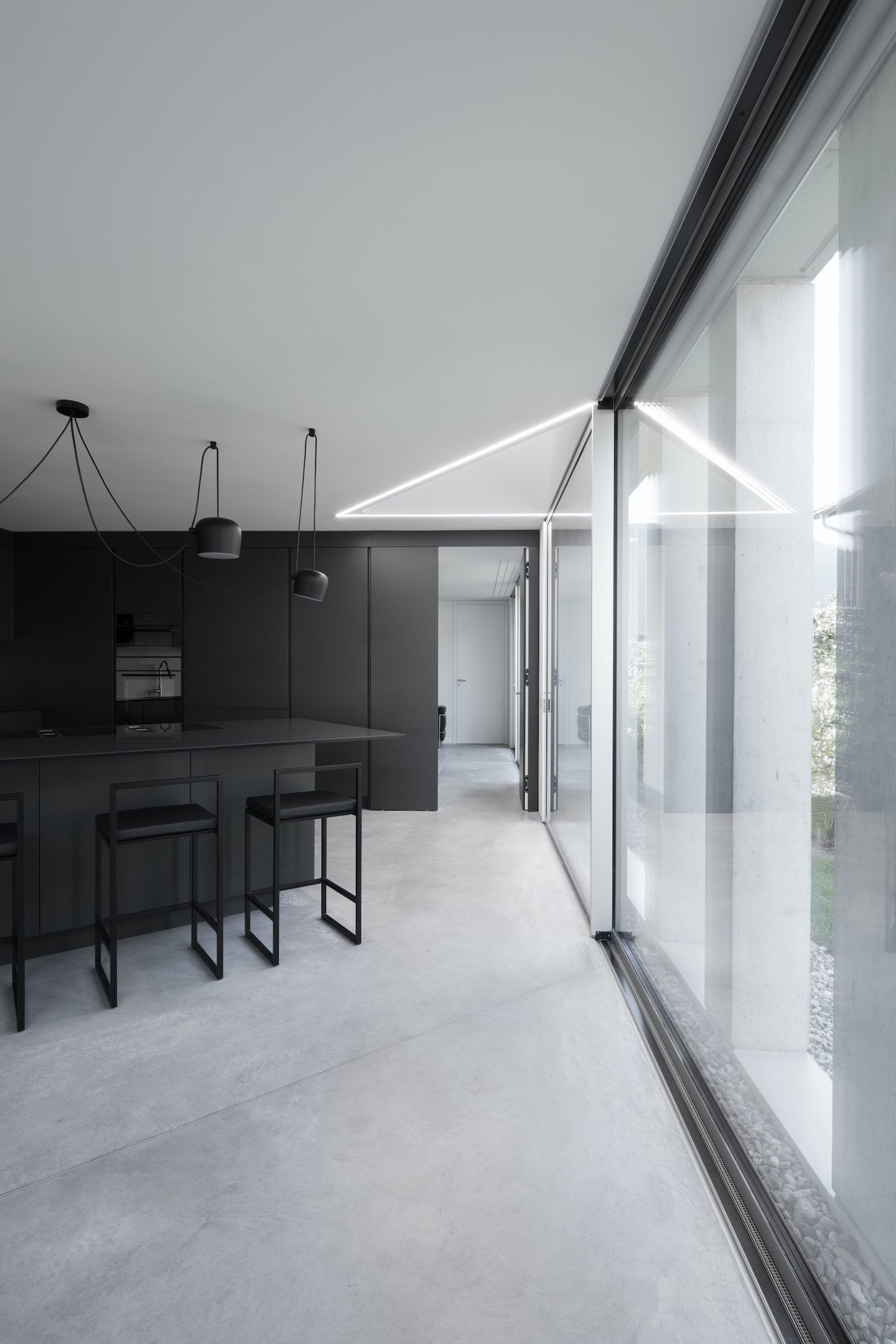 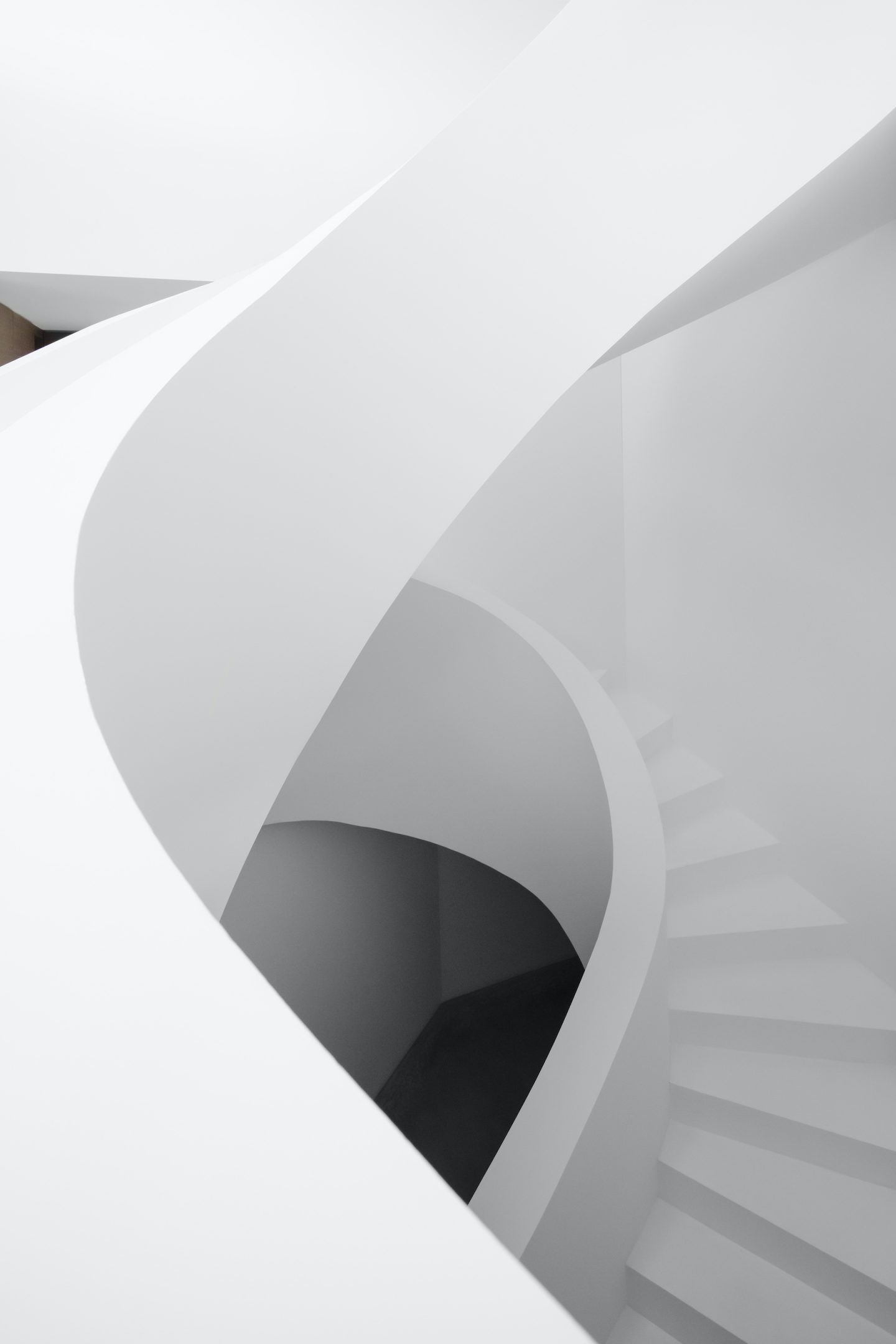 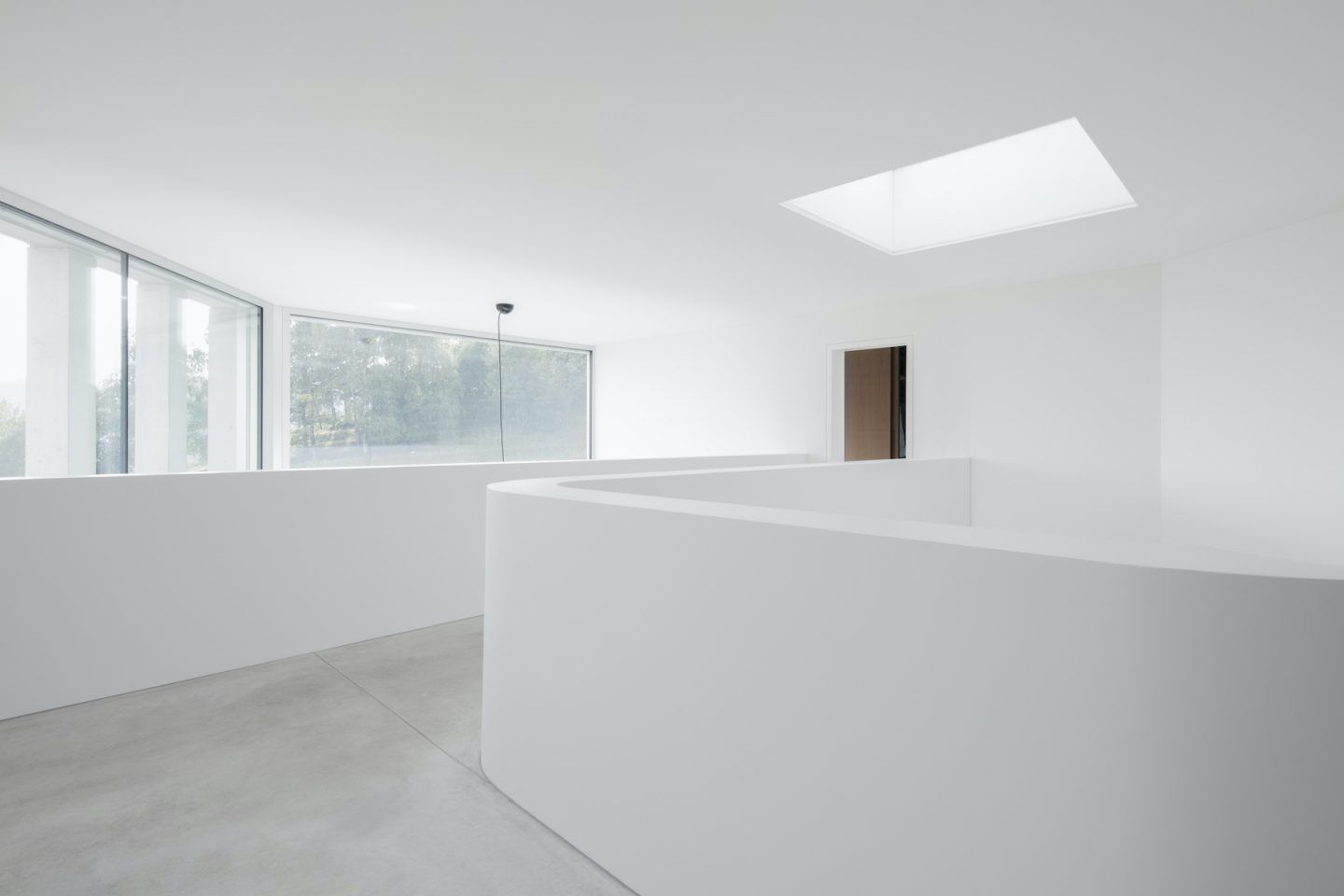 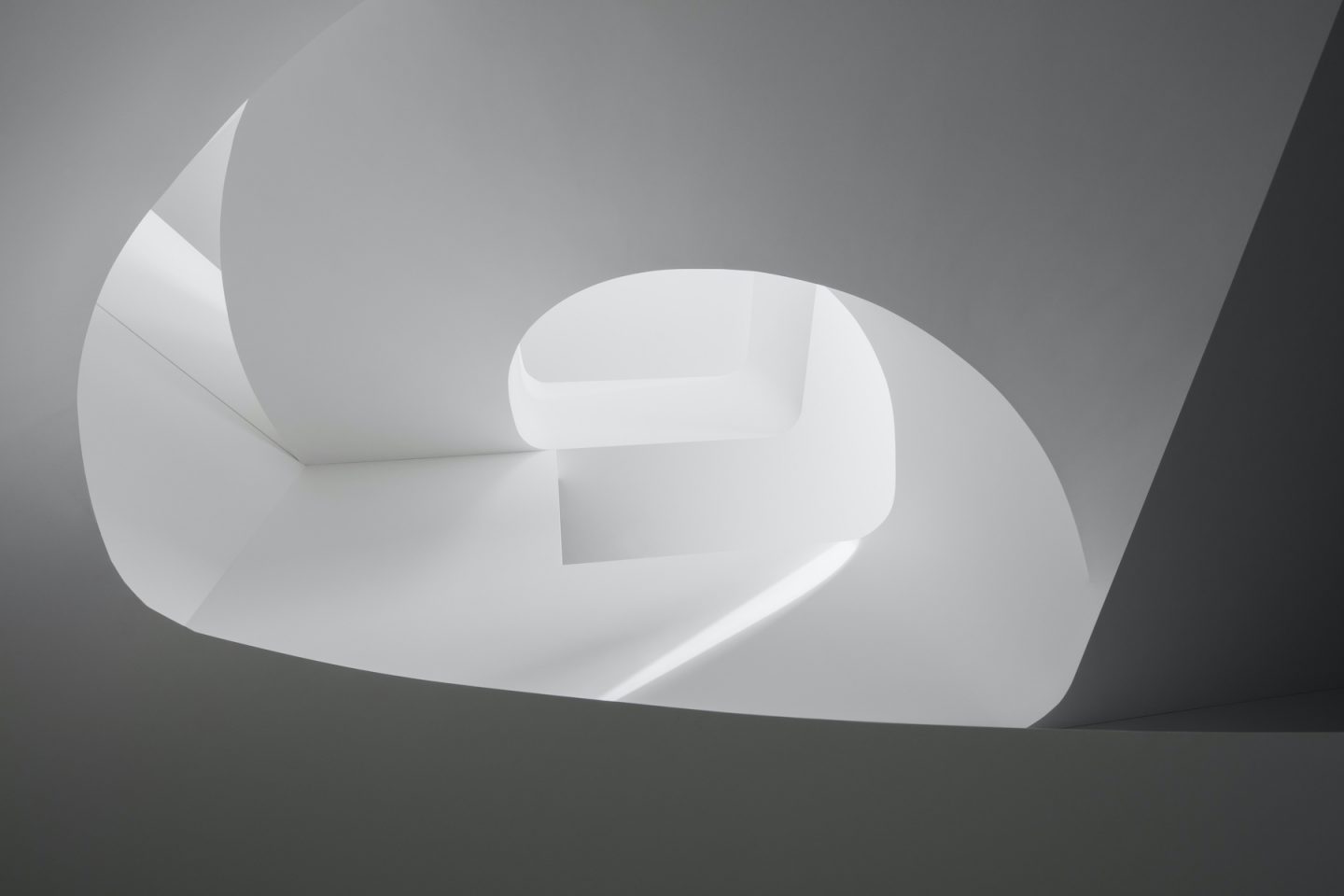 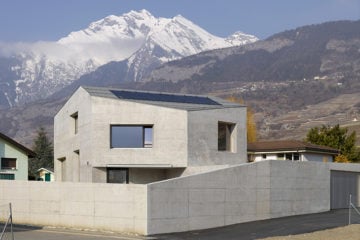 A Concrete Villa In The Swiss Alps 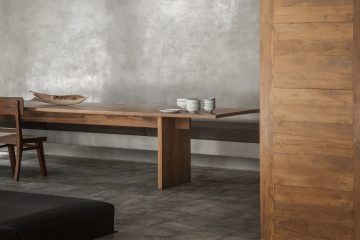 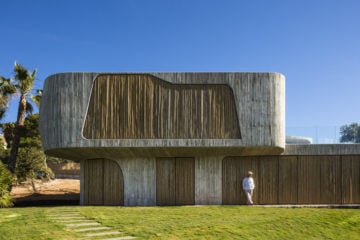 A House At Peace With Nature By Metroarea