The desk ‘Rewrite’ by designer Gam Fratesi began as a study of the desktop and especially an atmosphere and feeling that is needed even in the middle of an accelerating communication and technology. Rewrite is thought of as a kind of isolating workingbubble, that can work as a satellitedesk anywhere one can feel the need of concentration and shielding

– in open space offices, public spaces or at home. With its rounded shape it can be placed freely as dots in a room. The designers created a meeting between something well known and something surprising. The table is therefore traditional in its form and material, but when the big screen is added, both proportions and historical references are brought out of balance. The screen is upholstered and covered with textile because of its visual and acoustic characteristics. It has a cave-like shape and creates a secure and intimate sphere, which partially closes out disturbing light and sounds. It has a double-sided acoustic function that protects against noise from the outside as well as from the inside. For more information check manufacturer Ligne Roset. 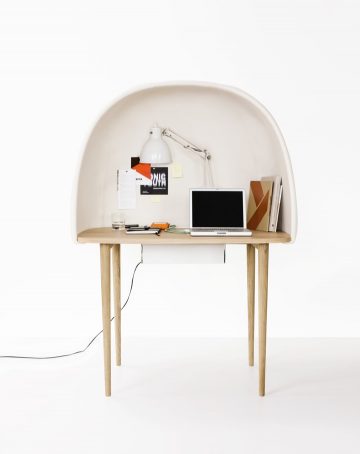 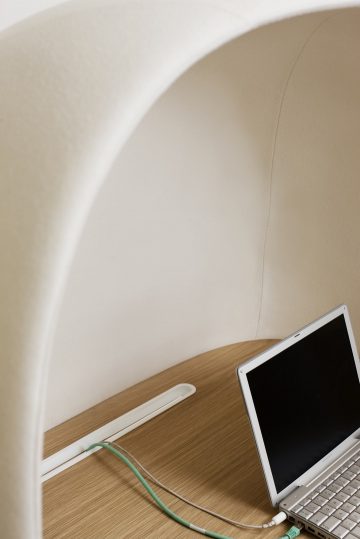 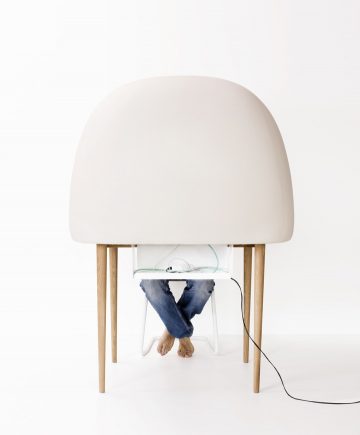 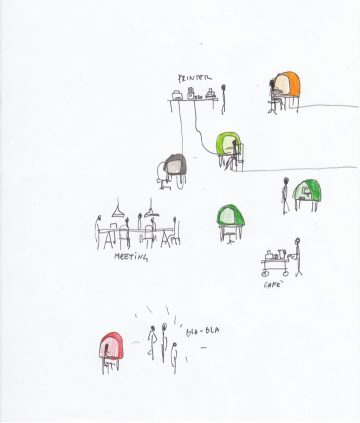 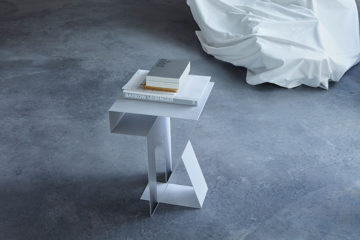 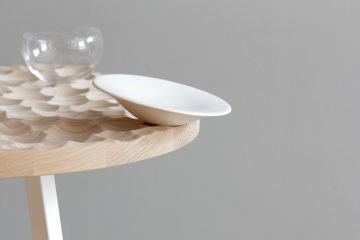 A Tactile Table By Kompaniet 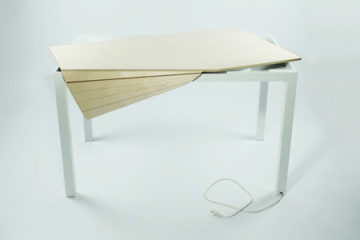 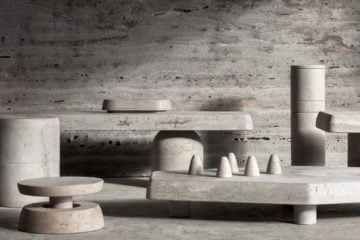 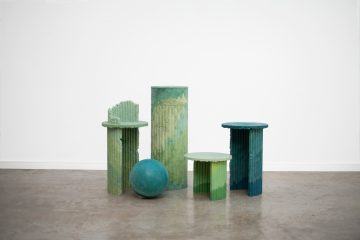 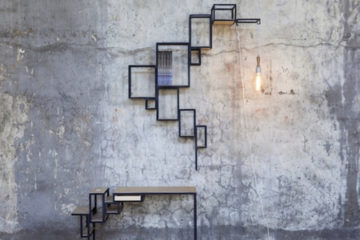 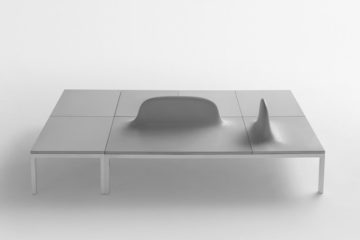 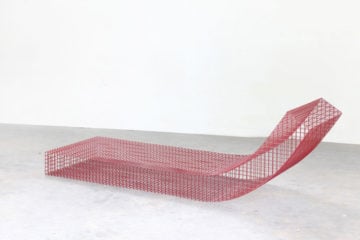 “An Uncanny Twist On Universal Forms” With Muller Van Severen