Material and immaterial, motion and stillness, time and timelessness – David Lados’ New Moon series represents all of these phenomena at the same time as a result of the artist’s patient and disciplined game played with nature. According to Lados’ conception, the works had to be created at new moon, the darkest possible time therefore everything we can see on the photographs – except the sky – is lit only by an illuminating ball, an extraneous element placed into the landscape by the artist. In case of the project New Moon, David Lados’ artistic gesture was placing an artificial illuminant and leave it to gravitation that can either hold it still or set it in motion outlining a glaring band of light just by obeying the laws of physics. There is a dramatic contrast between the untouched nature and the artifical light. However, the uncompromising dominancy of light is tamed by the fact that the extraneous element is defining its environment as it is the only thing that reveals the sourr 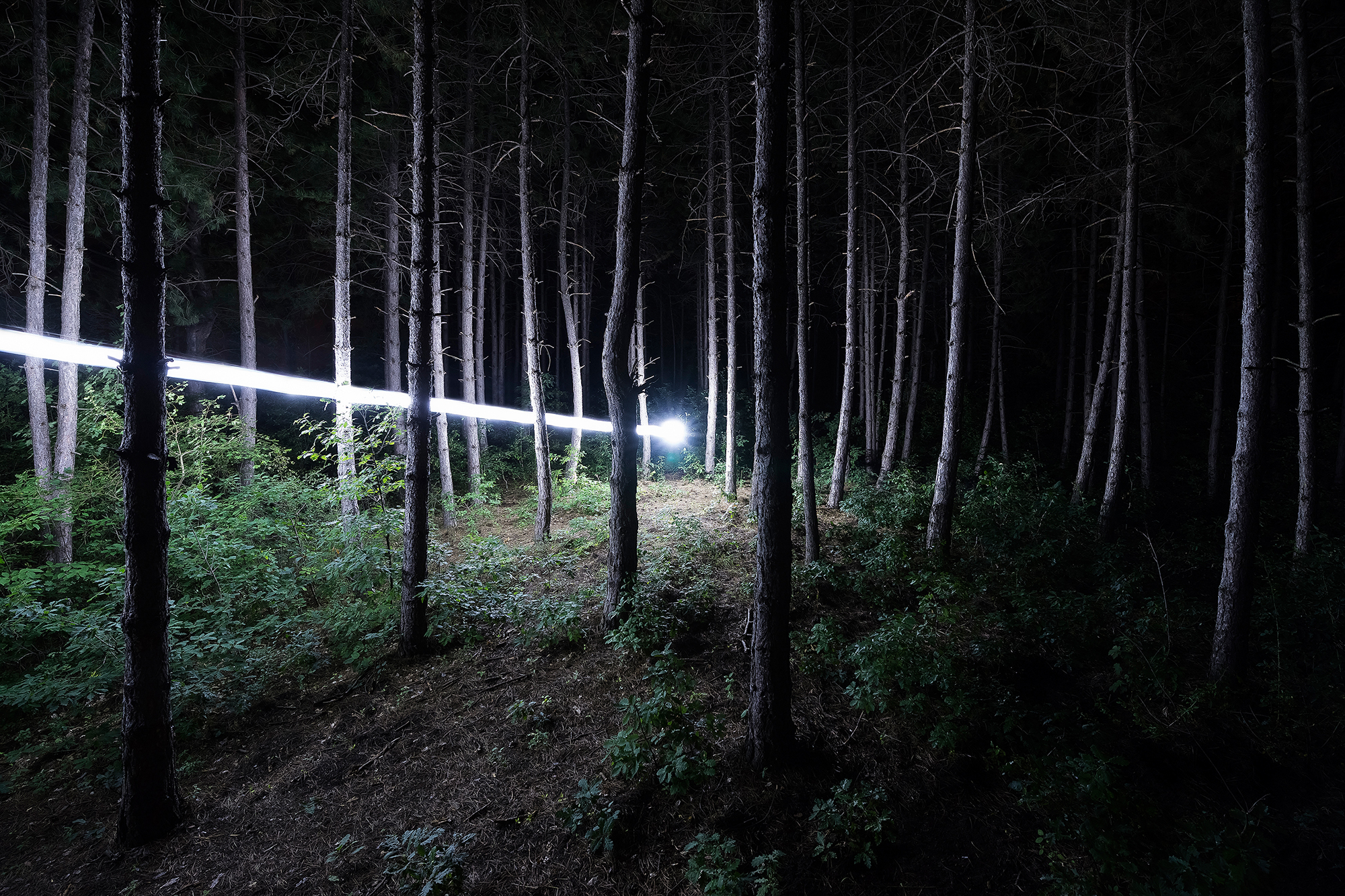 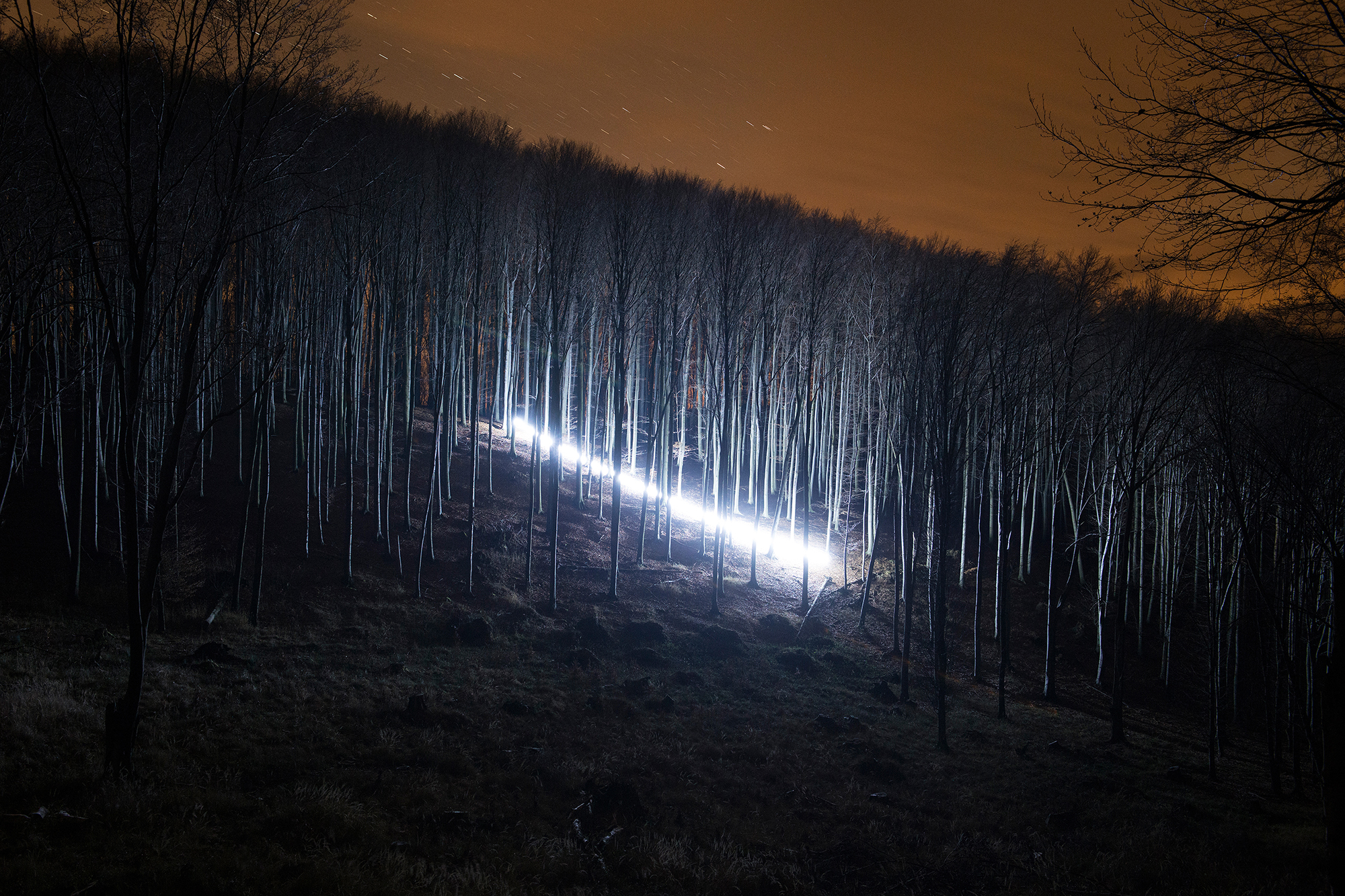 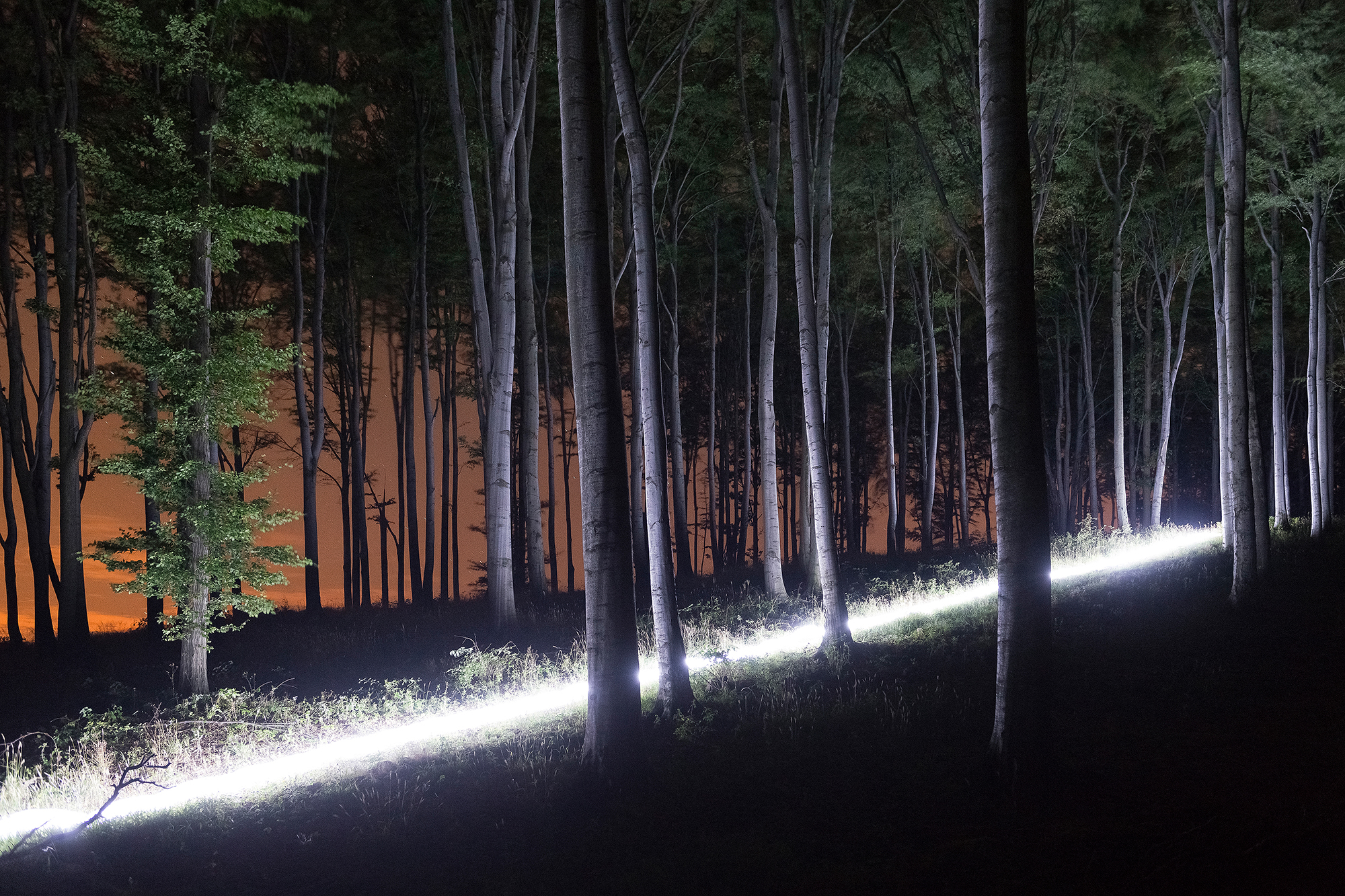 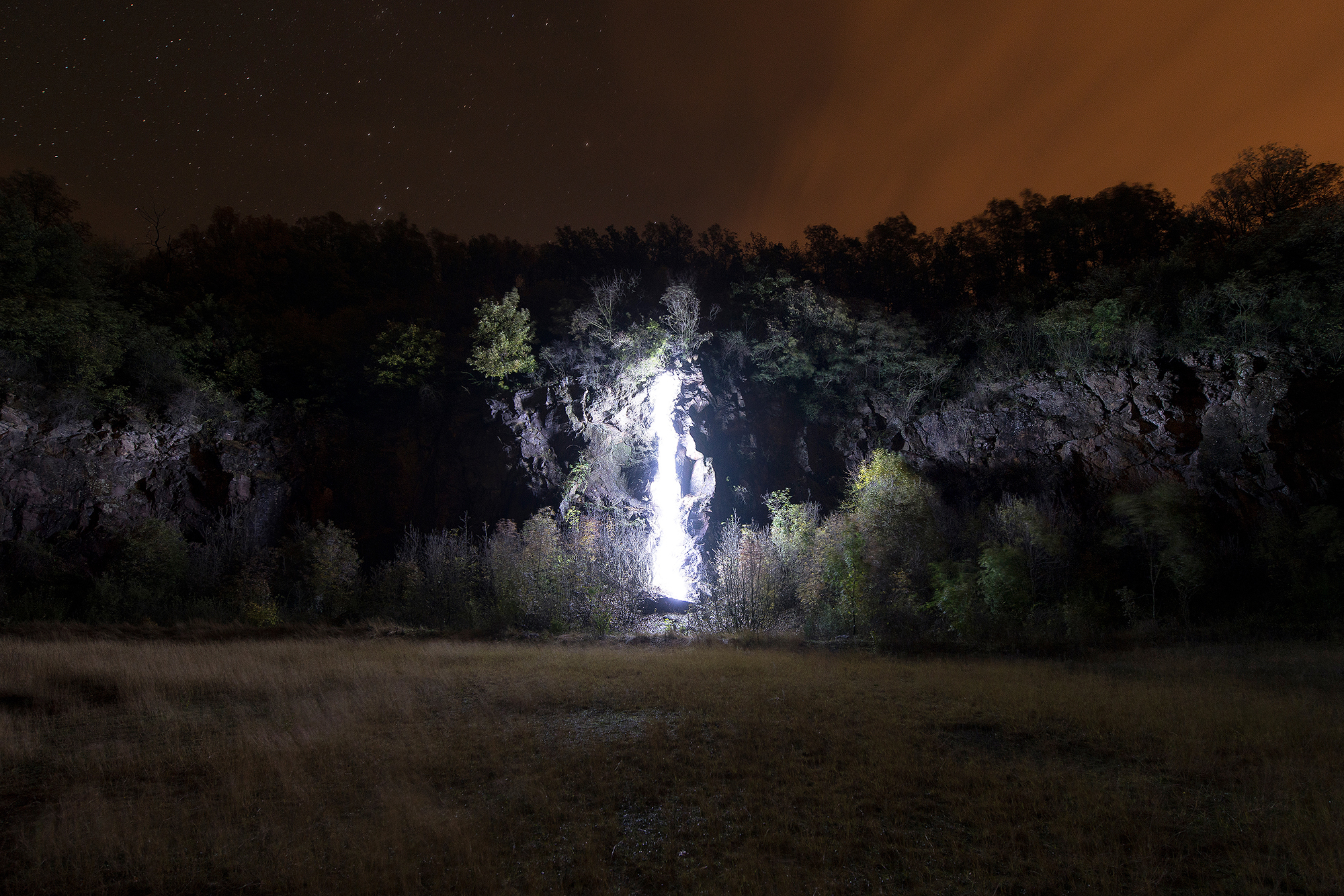 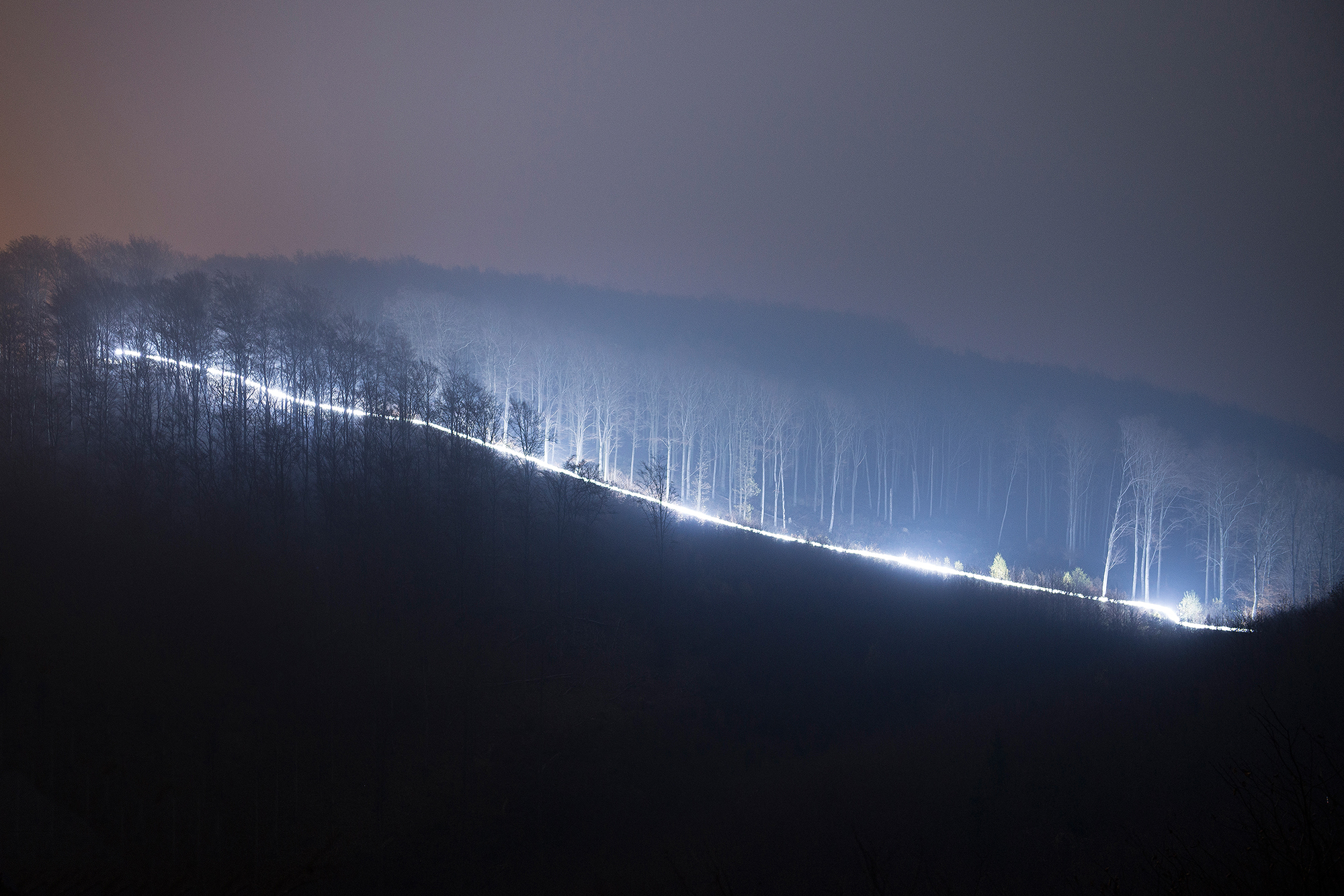 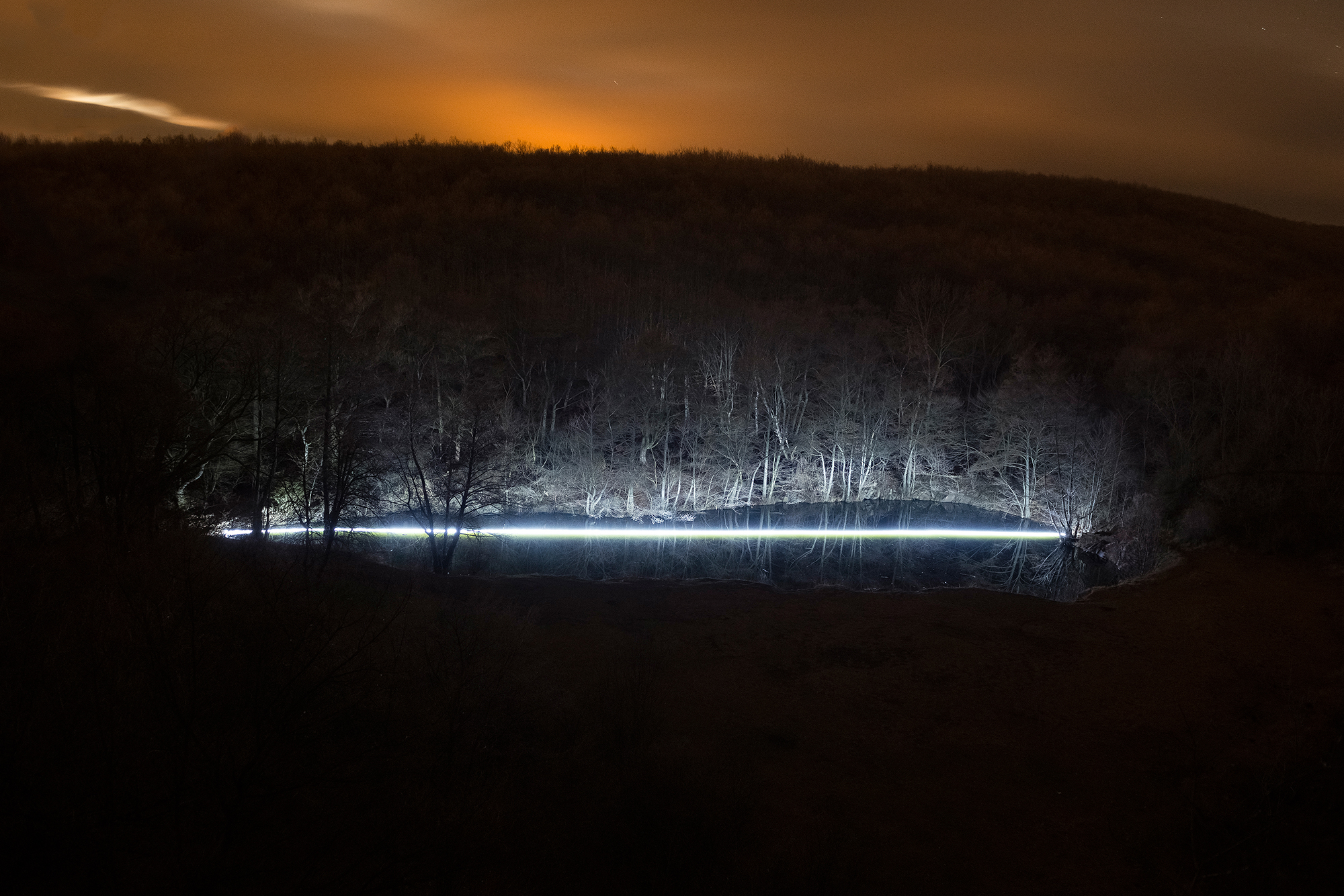