In a photo book that shifts between handwritten letters layered atop one another like sediments and figures cloaked in light and color on Ireland’s Atlantic coast, Dublin-based photographer Eamonn Doyle gives form to grief by illuminating the incongruous shape of his own mourning.

In 2017, Doyle lost his mother Kathryn to cancer. Found amongst her possessions were boxes of letters addressed to Ciarán, Doyle’s brother, who passed away unexpectedly in 1999. Over 18 years, Kathryn penned thousands of letters to her lost son; an act of mourning that she kept secret from her family. Upon discovering these letters, Doyle realized his mother had never been free from this tragedy, and that he too had not yet come to terms with his brother’s passing. On a trip to the west coast of Ireland after his mother’s death, a series of unlikely events transpired that gave prescient form to K: a photo book that explores these experiences of grief.

In the car park of a rural hotel, Doyle found himself as witness to a strange site: A woman dressed in a veil walked silently past him; face hidden, alone. That evening at the same hotel, a performance was staged to an audience of two: Doyle and a woman of a similar age to his mother. The play they had happened upon was about a man with many lovers, each of whom was played by the same woman. She distinguished their individual characters by changing veils. The following day, Doyle traveled southwards along the coast to a slate mine where he hoped to find his mother’s headstone. At the heart of the mine, he came across a grotto in which a statue of the Virgin Mary stood, draped in a veil.

K can be understood as the cumulative product of these timely experiences and their symbolic relationship to Doyle’s loss. The photo book is a keening; a word that comes from the Irish caoineadh that means ‘to wail’. Dating back to the 16th century, this Irish tradition of lamentation is performed by women over the body of the deceased, it is considered an obligation between the living and the dead.

In this way, K can be read as an exploration of the ways in which we grieve. Within its pages are spectral figures veiled in fabric; cast against the ocean and the sky, their colored forms caught by wind and water. Recognizably human, and deliberately abstract, they point to something beyond our earthly experience; perhaps to grief when it overwhelms us, perhaps to something else entirely. Interspersed amongst these are black and white images of water, and the letters Kathryn wrote to Ciarán. Layered on top of one another, the letters form a visual mass—an illegible record of a mother’s love and loss. A keening.

K by Eamonn Doyle is available for purchase here. 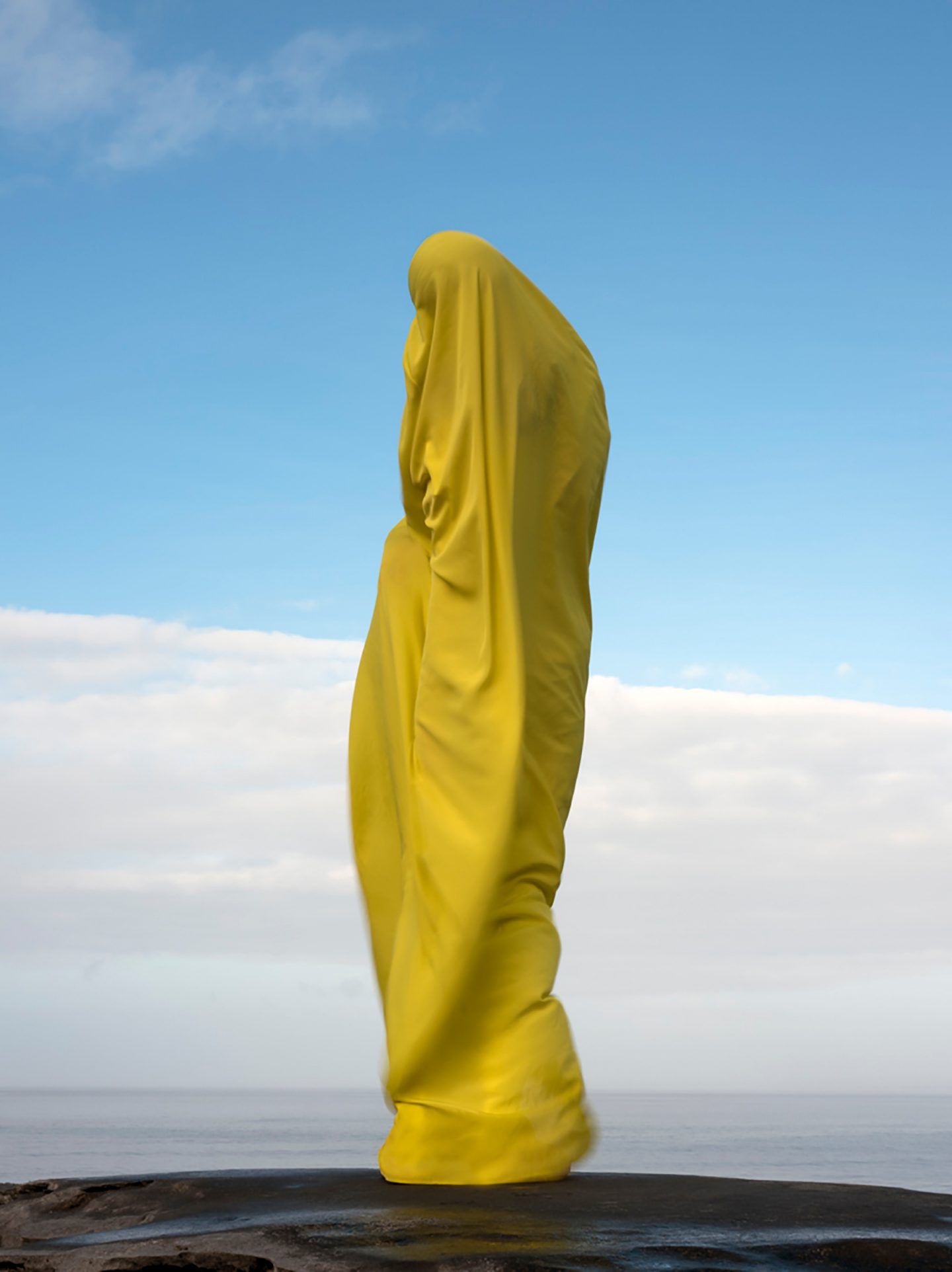 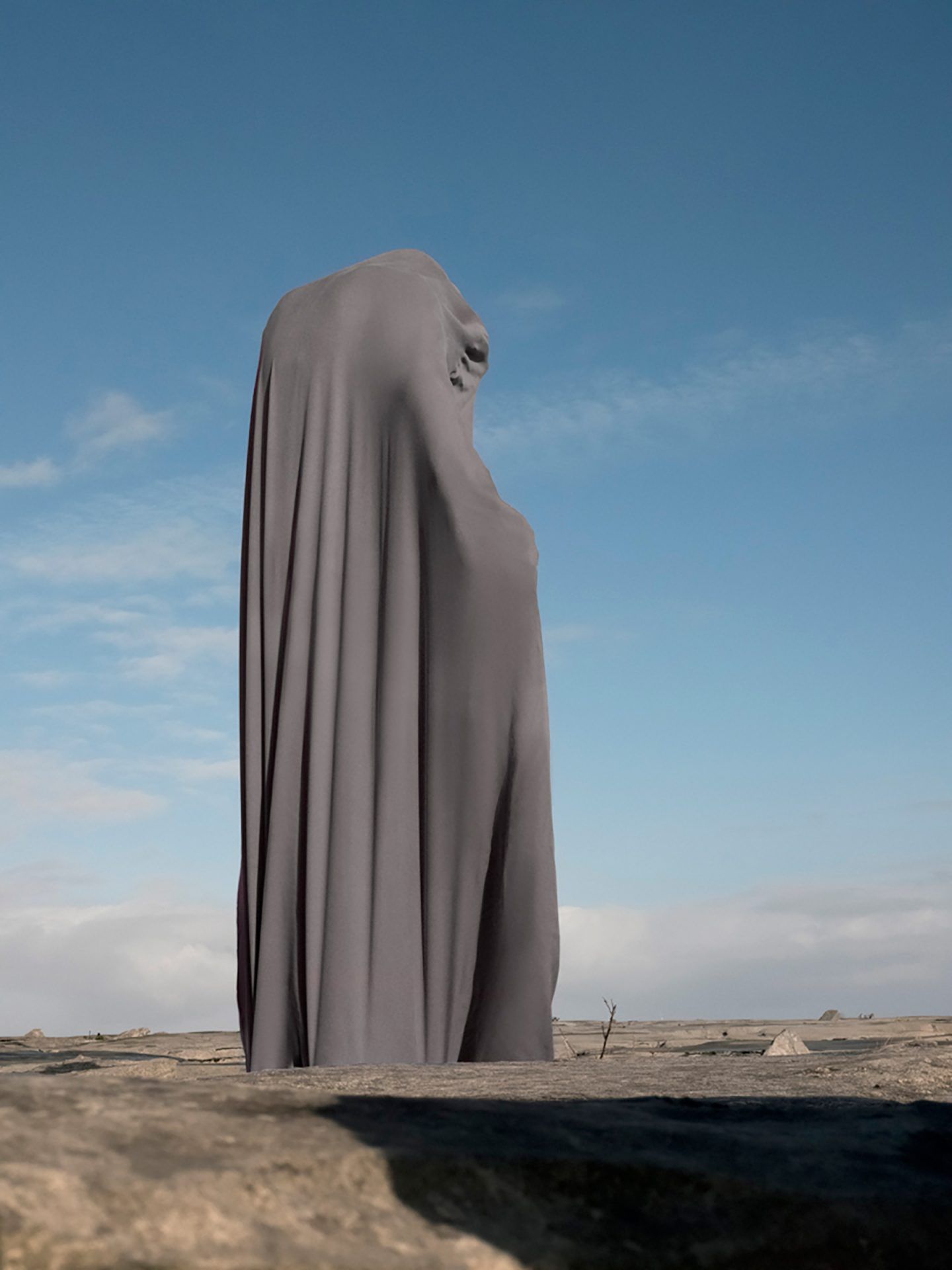 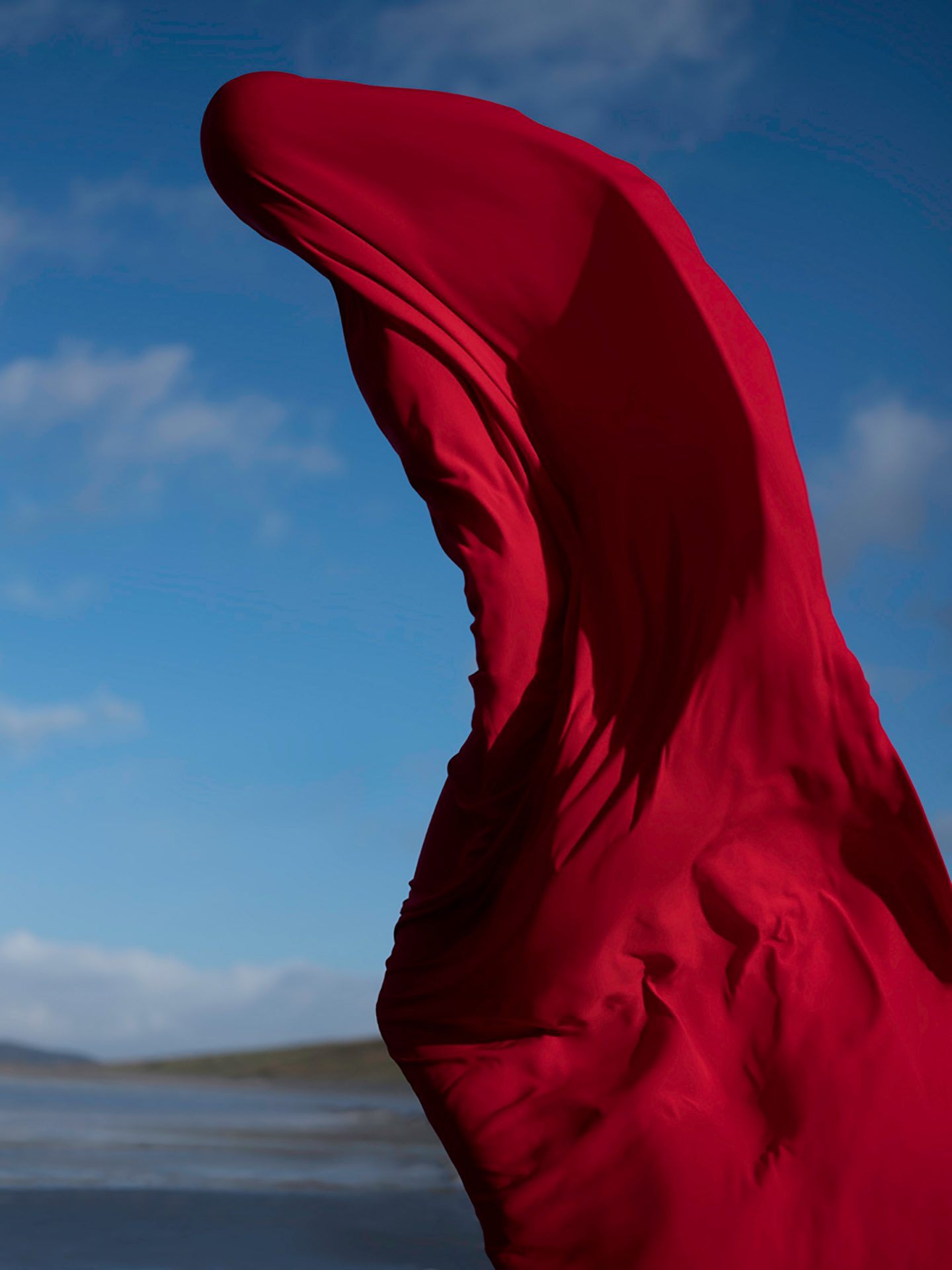 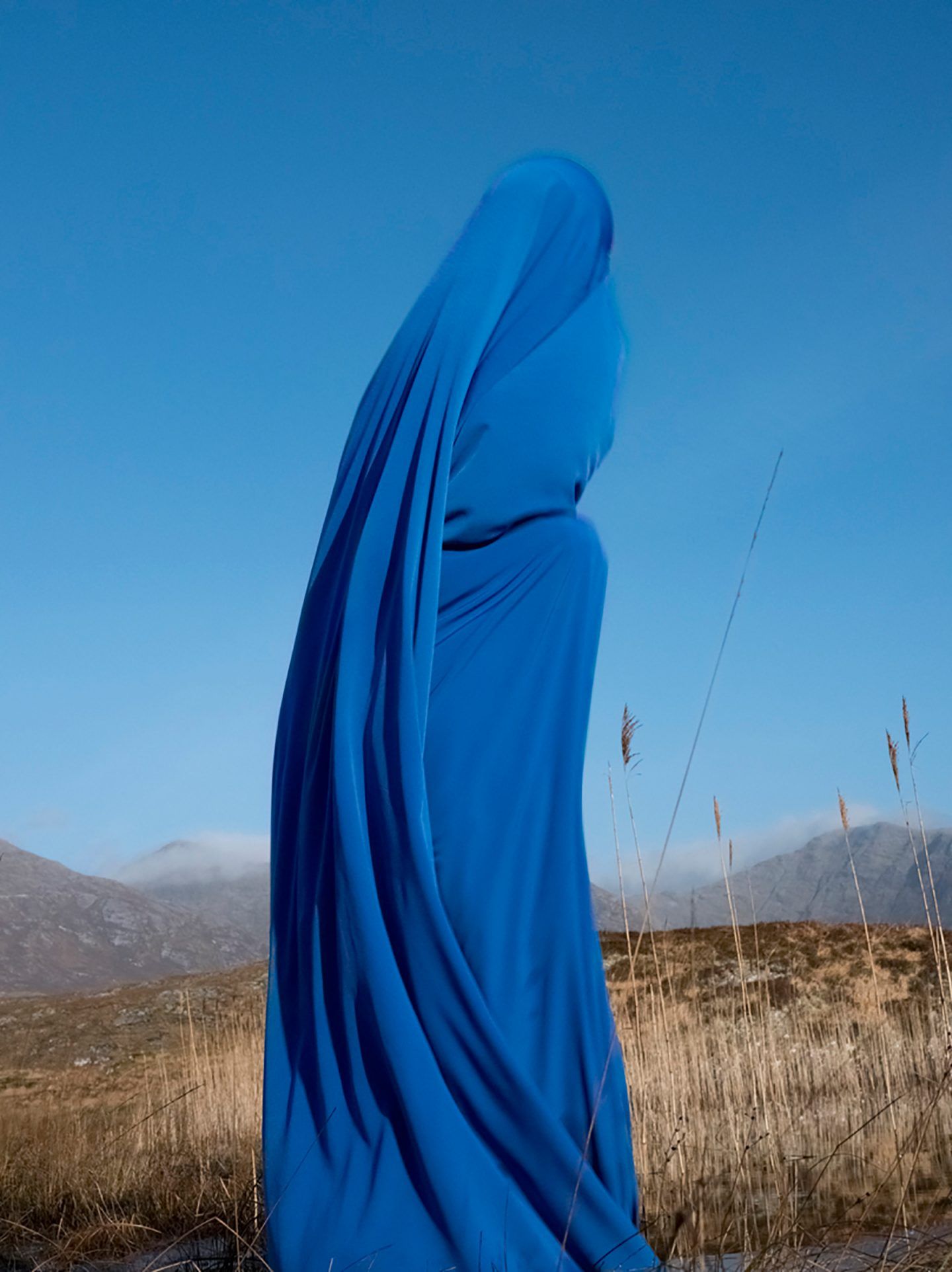 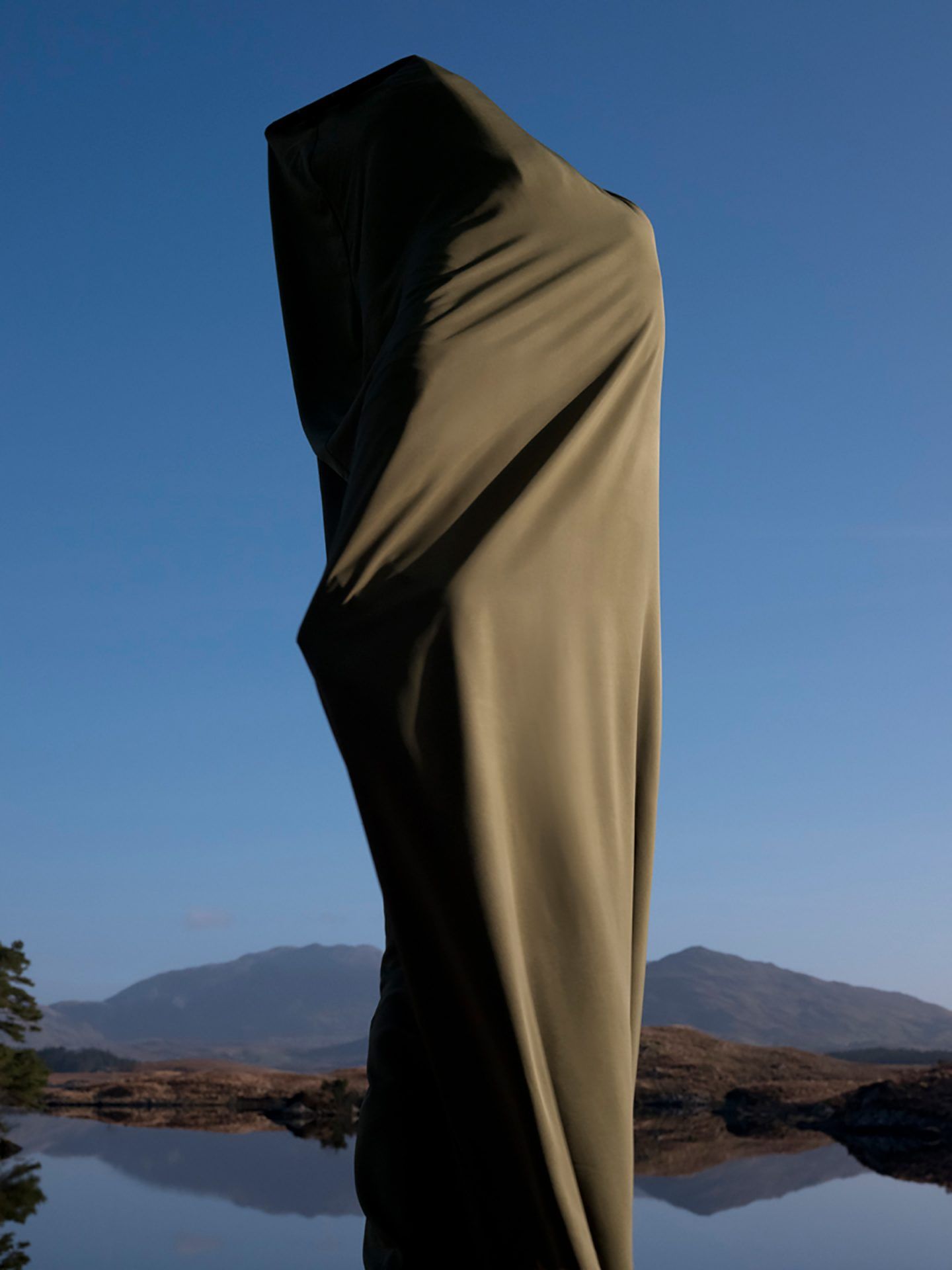 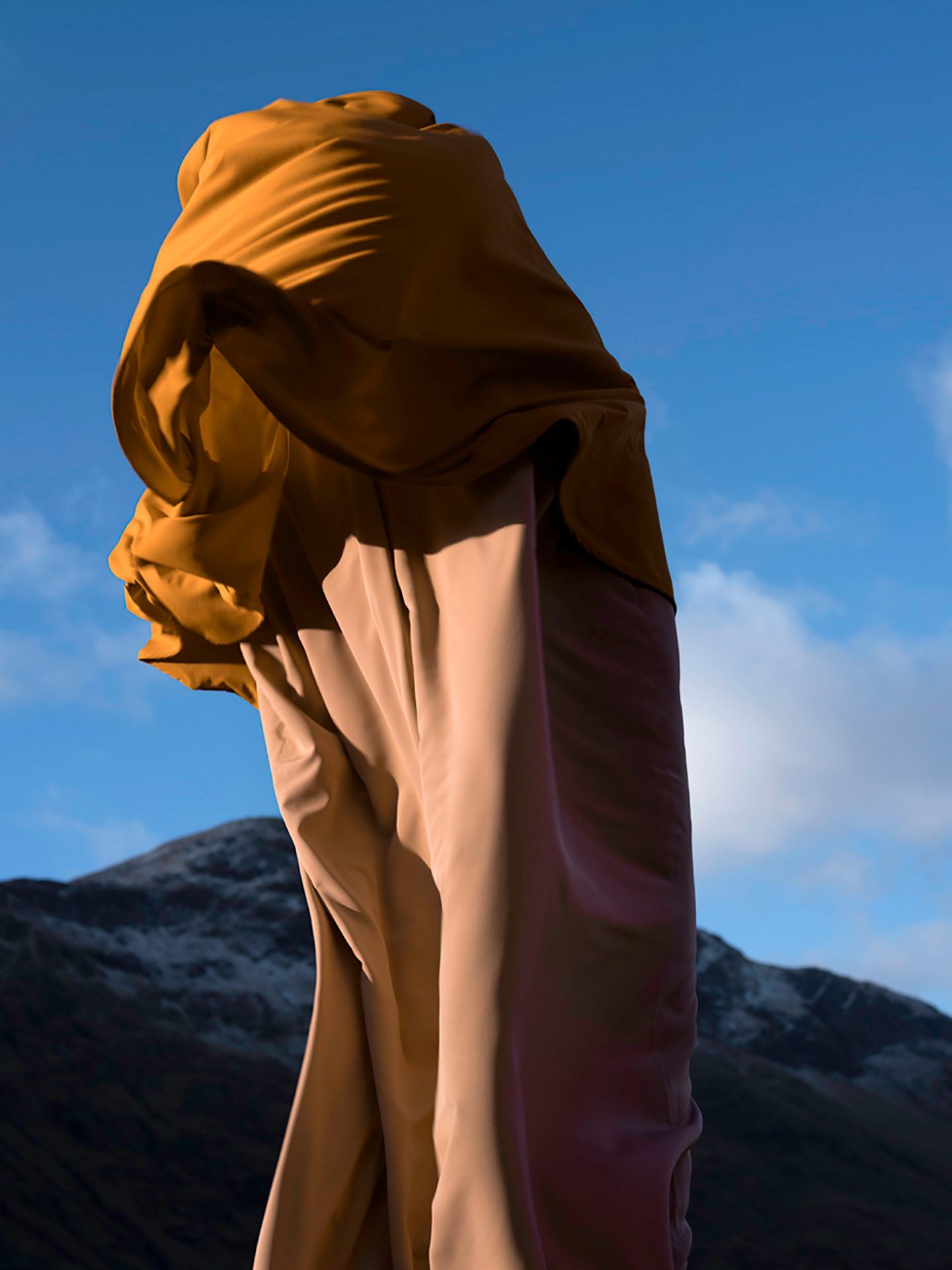 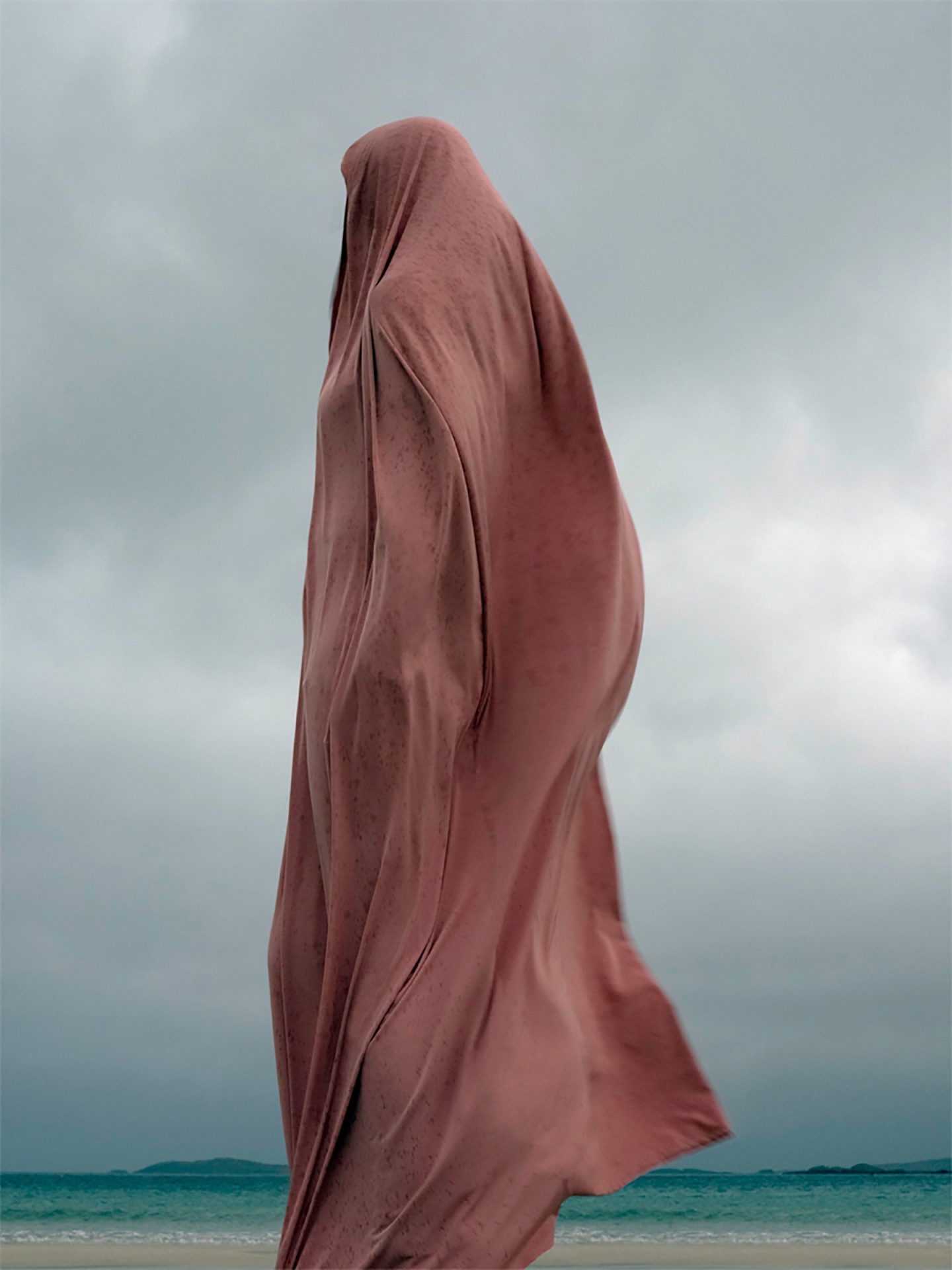 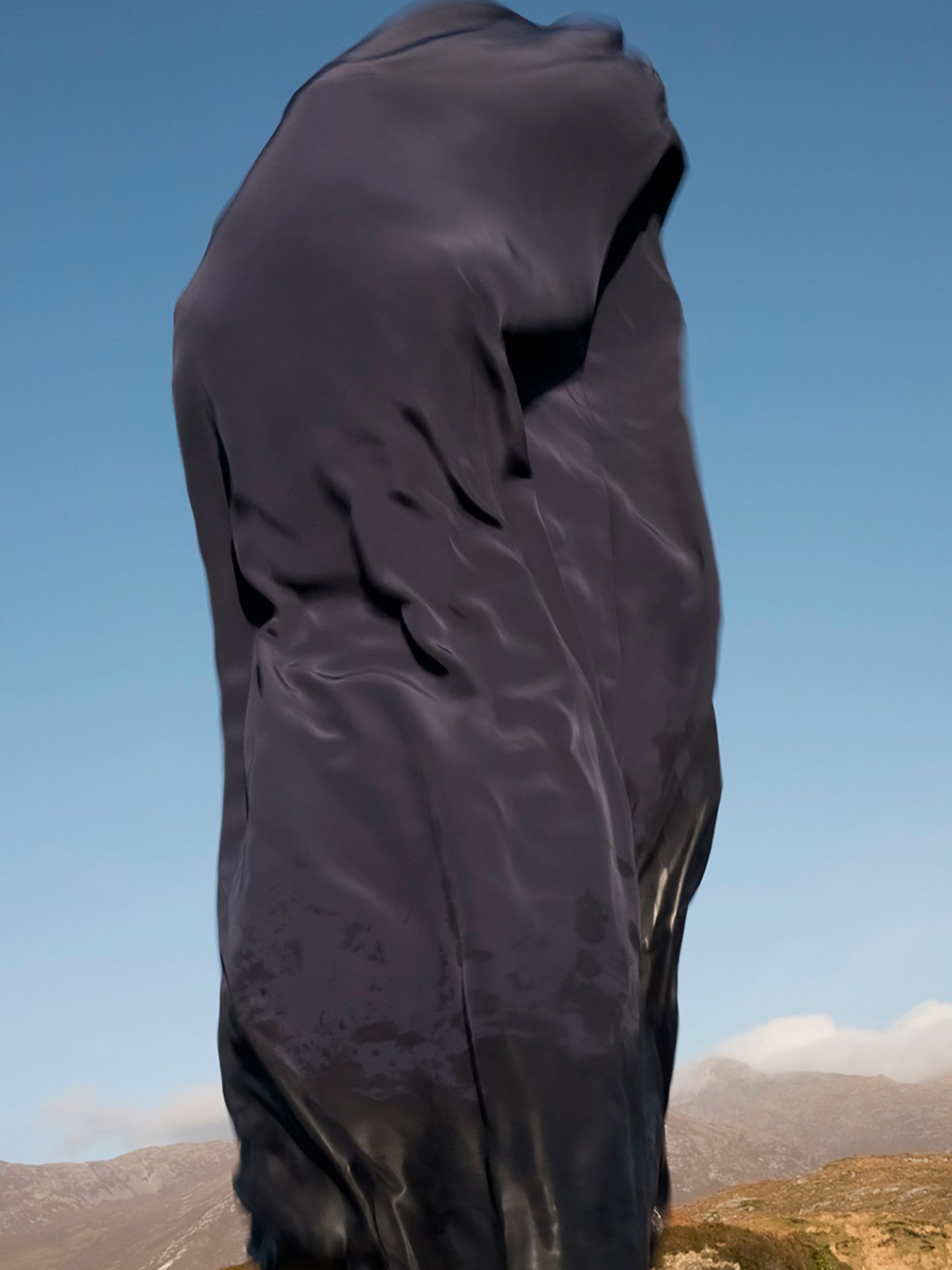 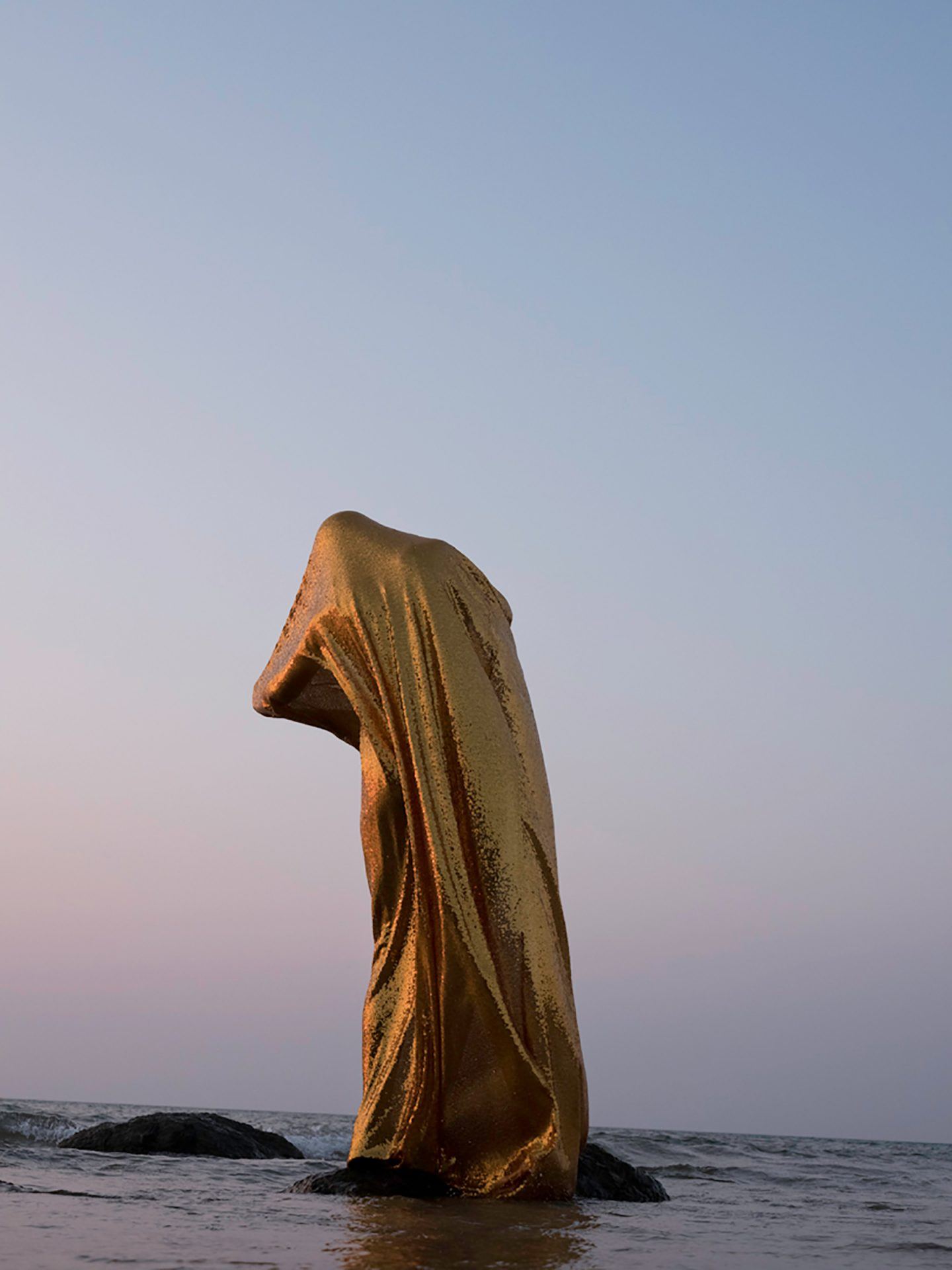 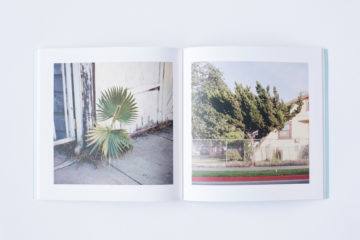 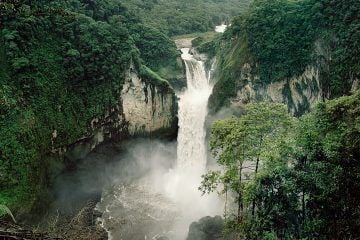 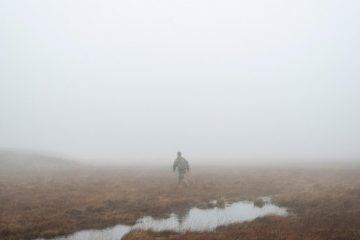 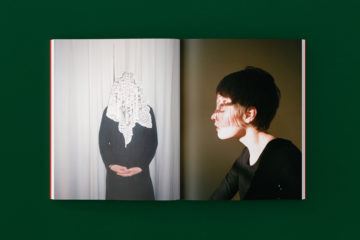 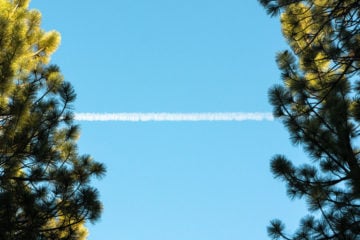 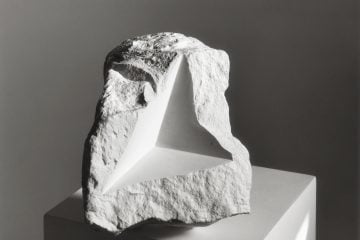 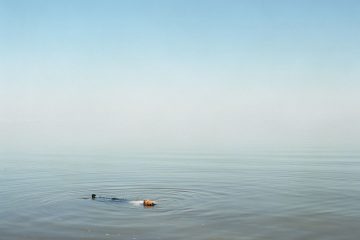