Over Head By Menno Aden

For his latest series ‘Over Head’ (2016), photo artist Menno Aden photographed ceilings of the former U.S. Headquarter offices in Berlin-Dahlem. Aden captures a moment of this orphaned building’s turbulent history during the Cold War – the time of transition up to its current reconstruction. Preserved by photography, this moment is carried into the present. Here are the observations of a pathfinder who scans the building for material remains of its now faded, historically significant function. Aden does not address obvious traces that are omnipresent at a site like this. It is the inaccessible parts that interest him, the unconscious leftovers such as the pipe system and powerlines behind the ceilings, a web of veins that pervades the whole building and become readable only through the precise capture of the camera lens. Menno Aden’s digital editing and juxtapositioning of individual works carry a rythmic playfulness from which emerges a particularly sensible and graphic aesthetics. 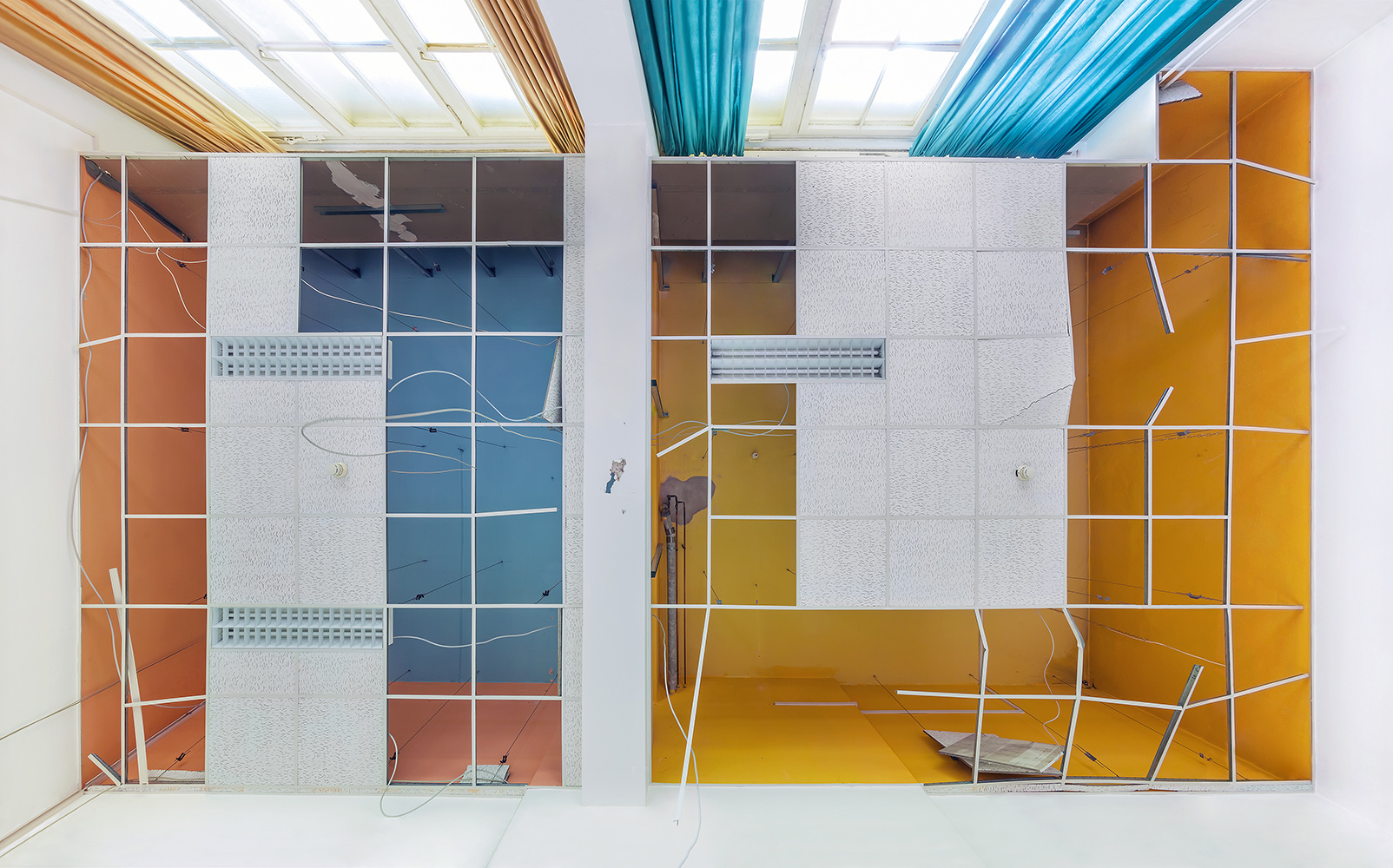 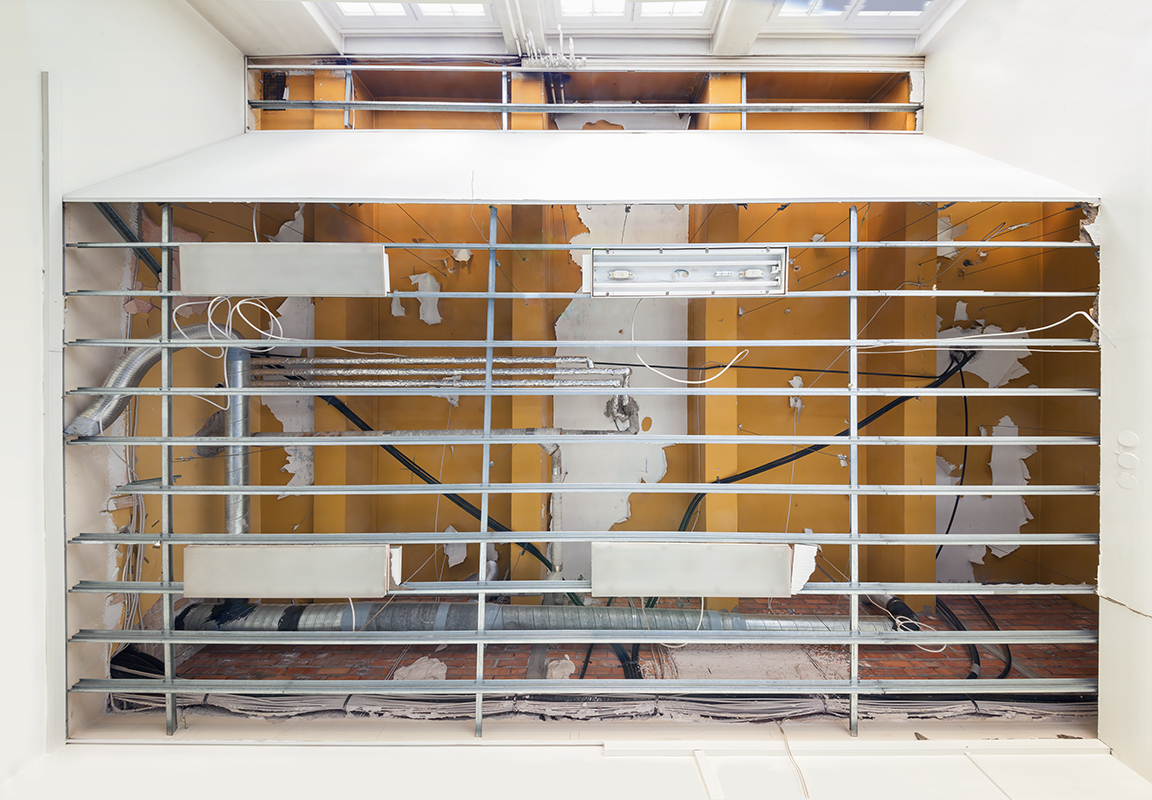 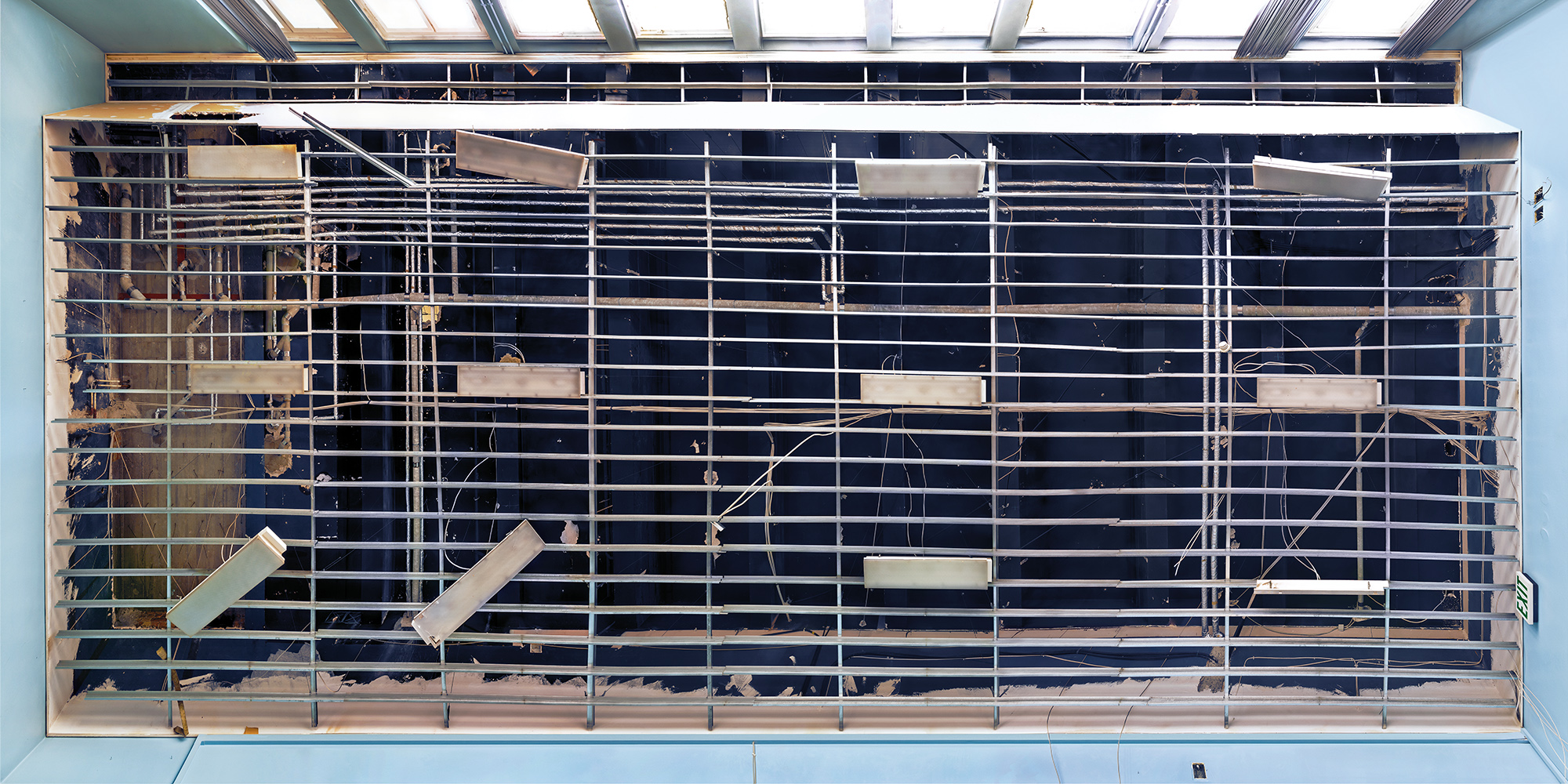