Oslo studio Morfeus Arkitekter has completed a mirrored toilet block on the Norwegian coastline of Andøya, a magnificent rest break for road trippers passing by.

Situated in one of the northern island’s ‘18 Scenic Routes’, the new rest area is positioned close to the water’s edge alongside a road that separates the jagged mountain peaks in the east, from the wide ocean to the west. Located not far away is another impressively designed toilet facility featuring a curved, wave-shaped roof that reflects the surrounding landscape.

The architectural expression was motivated by the encompassing climate. Angular concrete structures are spread across the rugged terrain with walls of mirrored glass, and the rear wall is made of one-way mirrored glass which allows users to look out at the landscape from the inside with considered privacy. “Our goal was that the project should appear more like landscape and sculptural elements, [and] less like a building”, explain the architects. “The mirroring makes the building melt in with the surroundings, at the same time offering new and shifting experiences”.

The rest area includes a free-standing bench for viewing the open sea, picnic areas and several trodden tracks leading to the top of the sacred Bukkekjerka rock formation, where one can observe the mountain peaks in the north, and the midnight sun in summer. 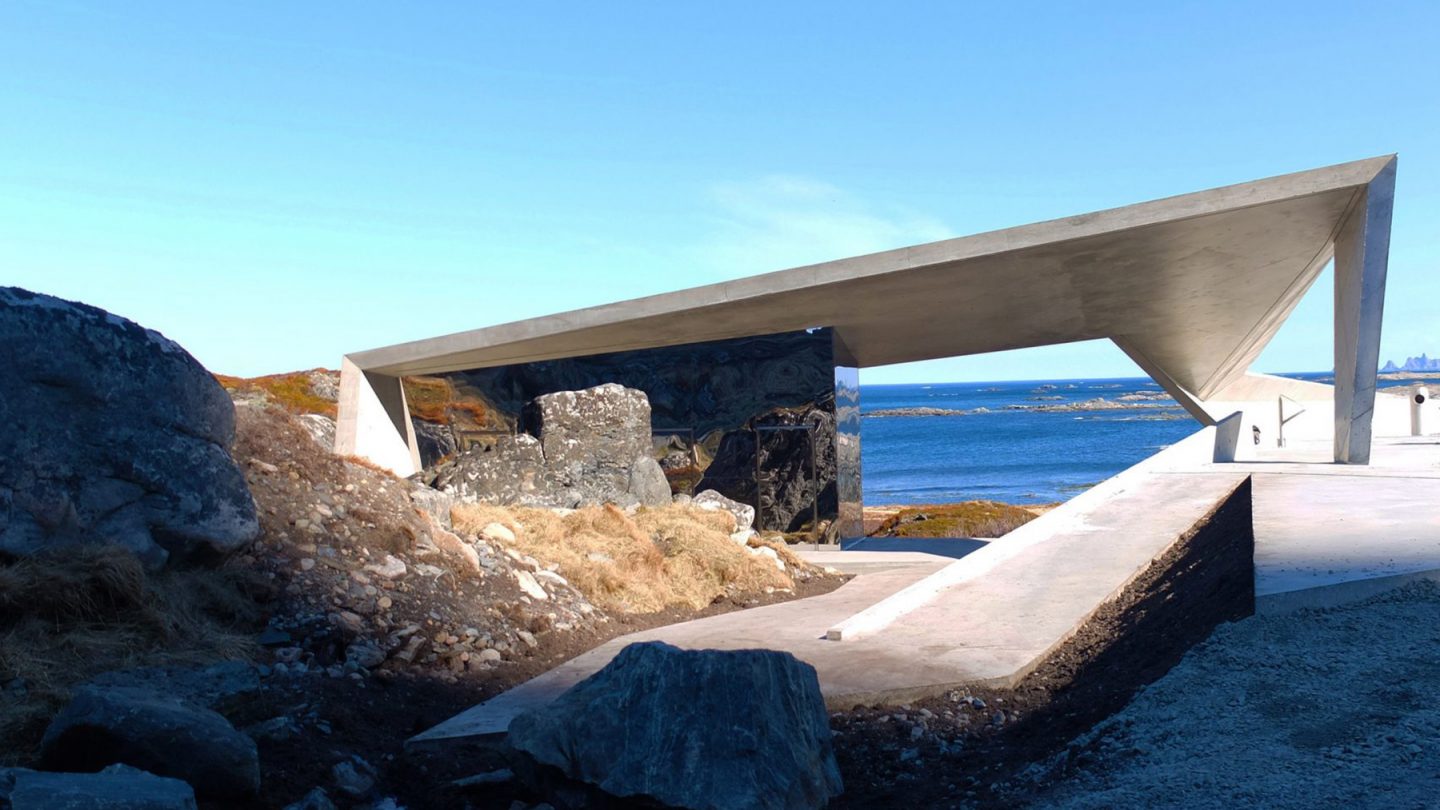 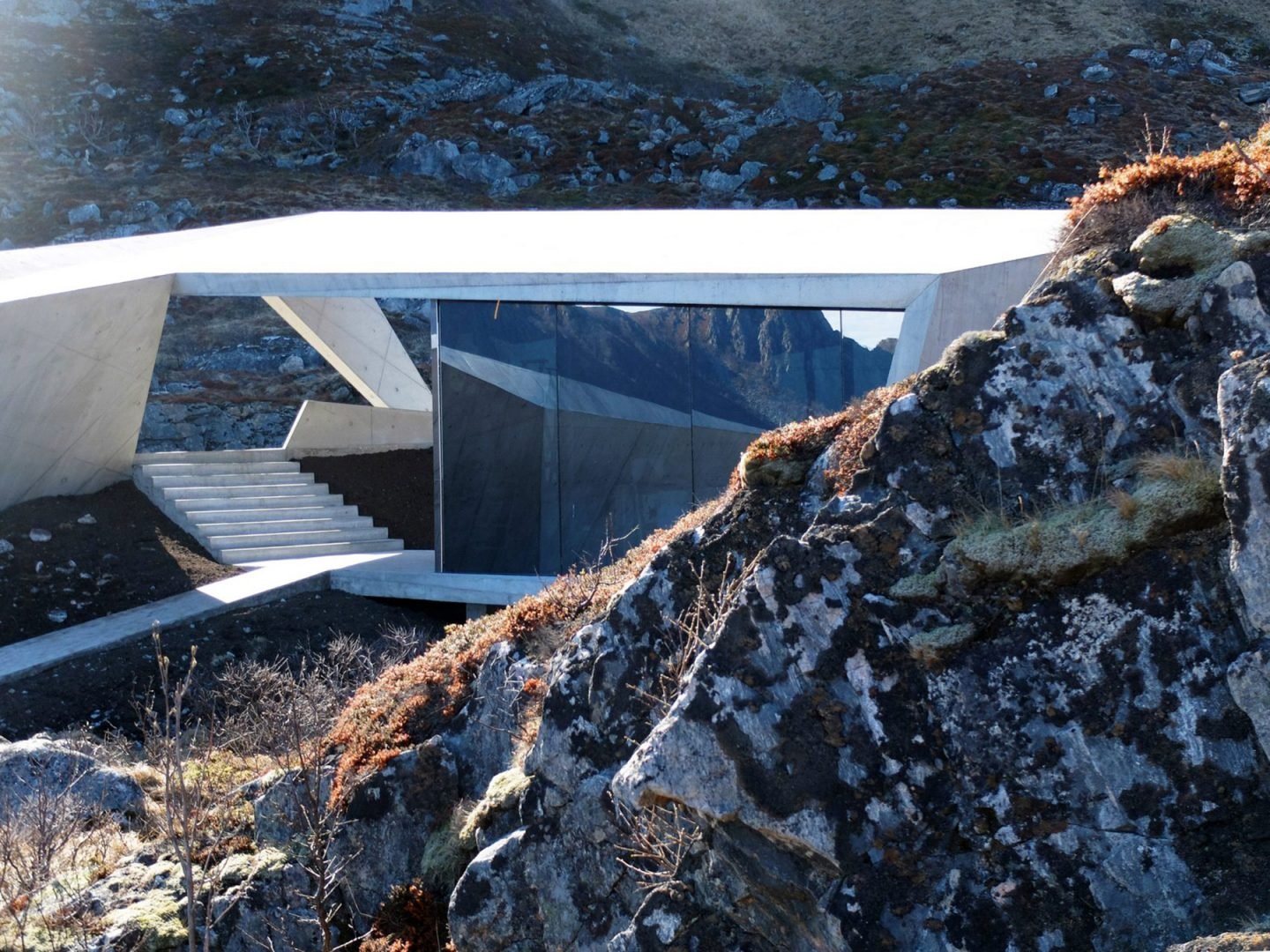 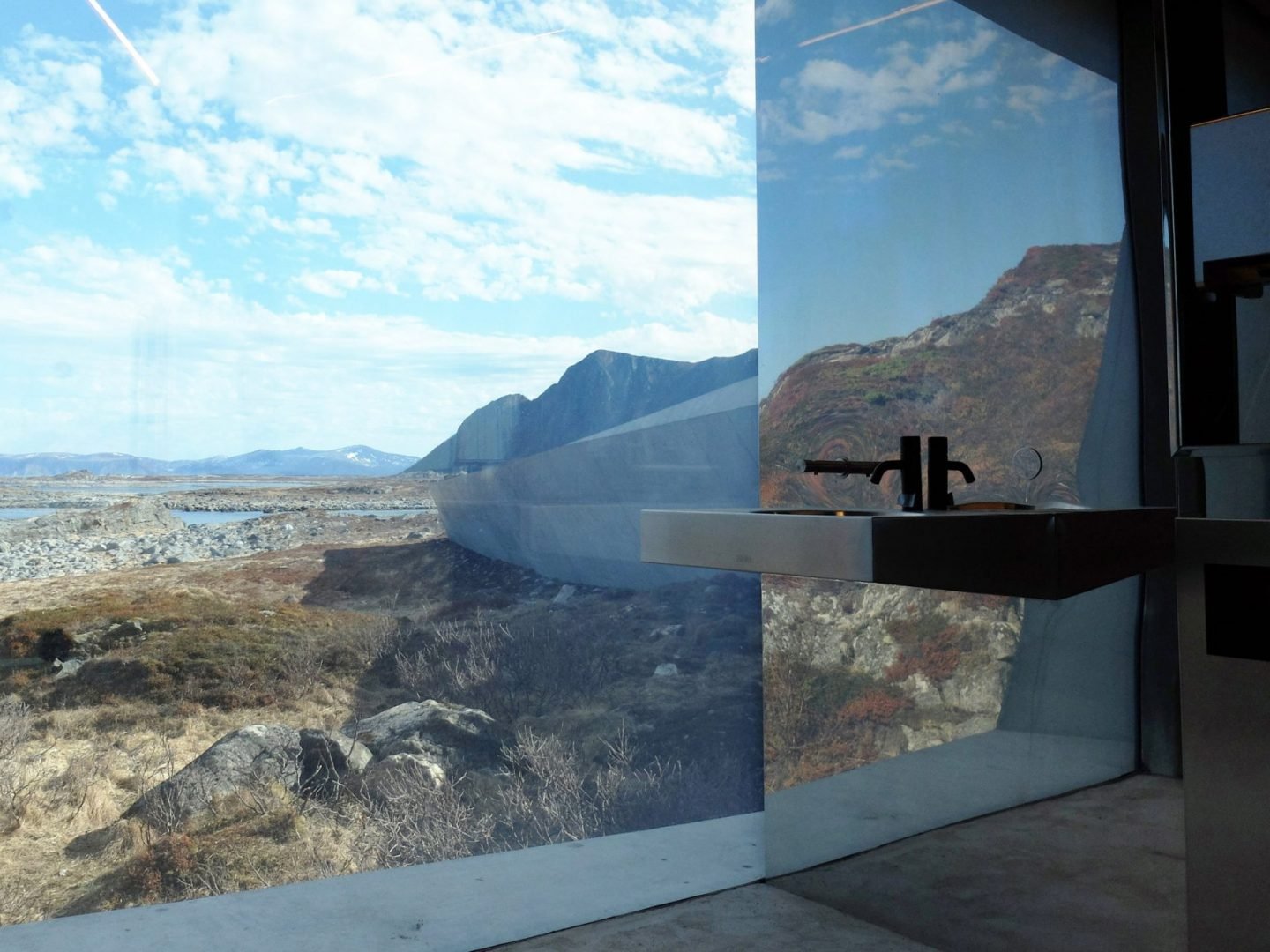 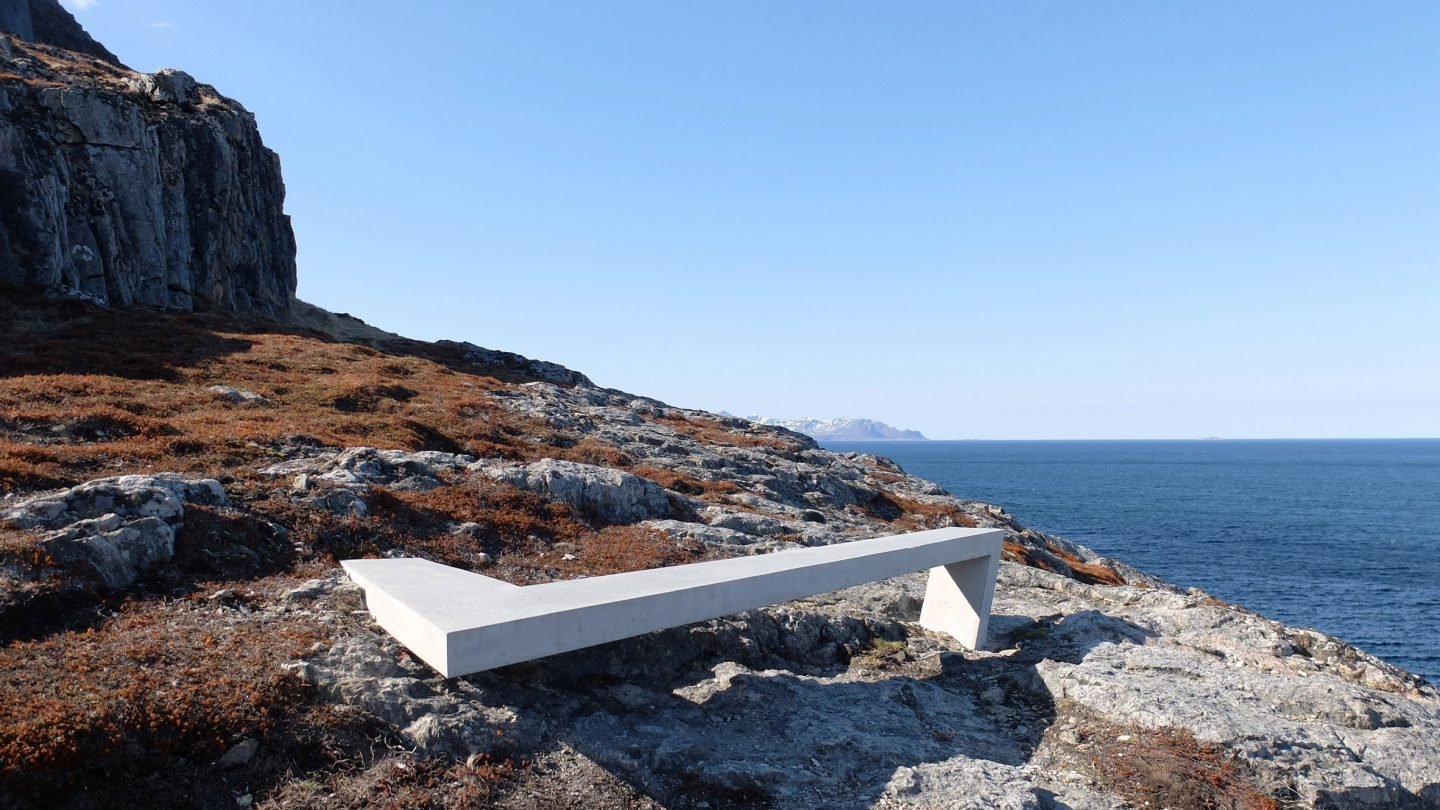 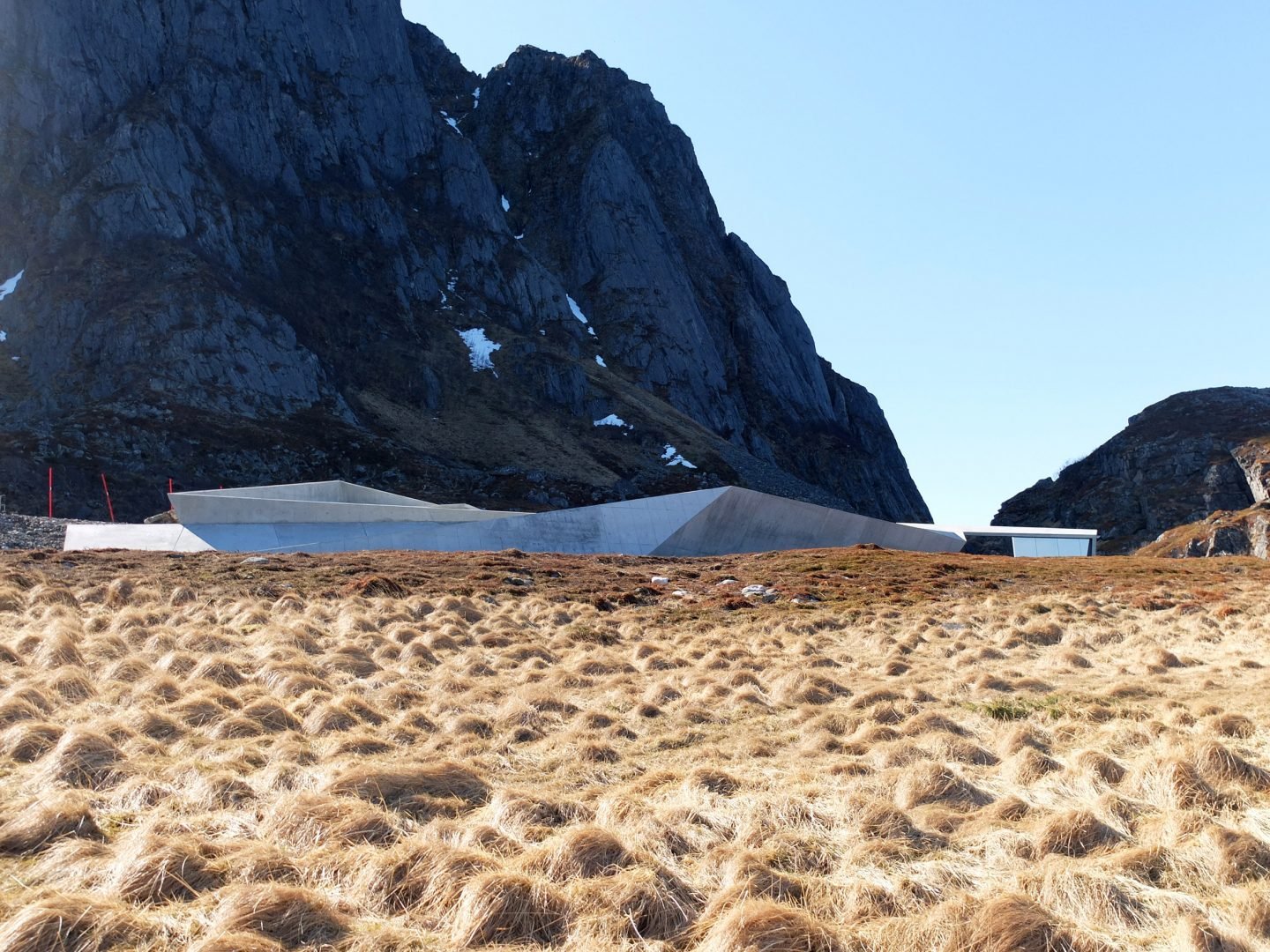 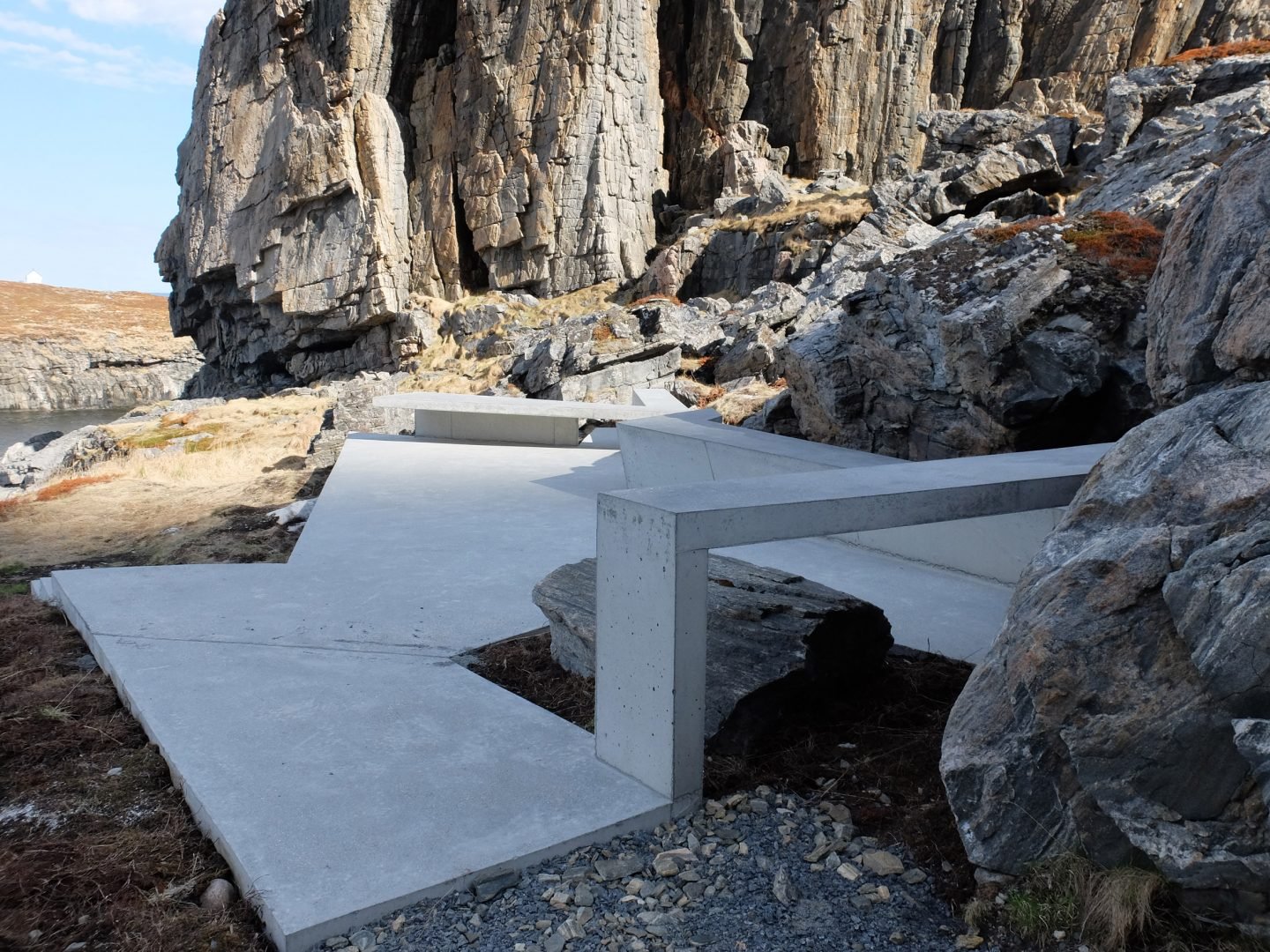 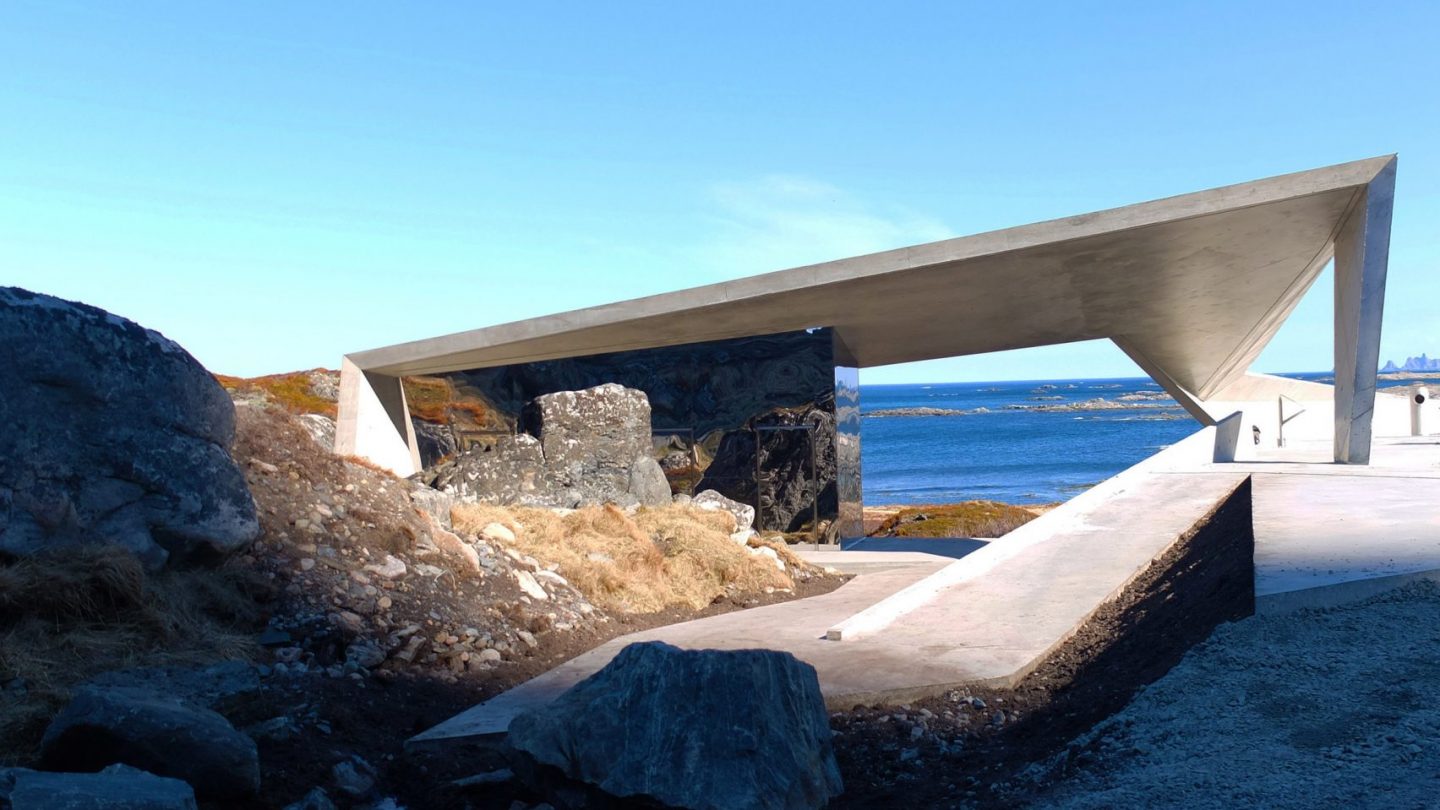 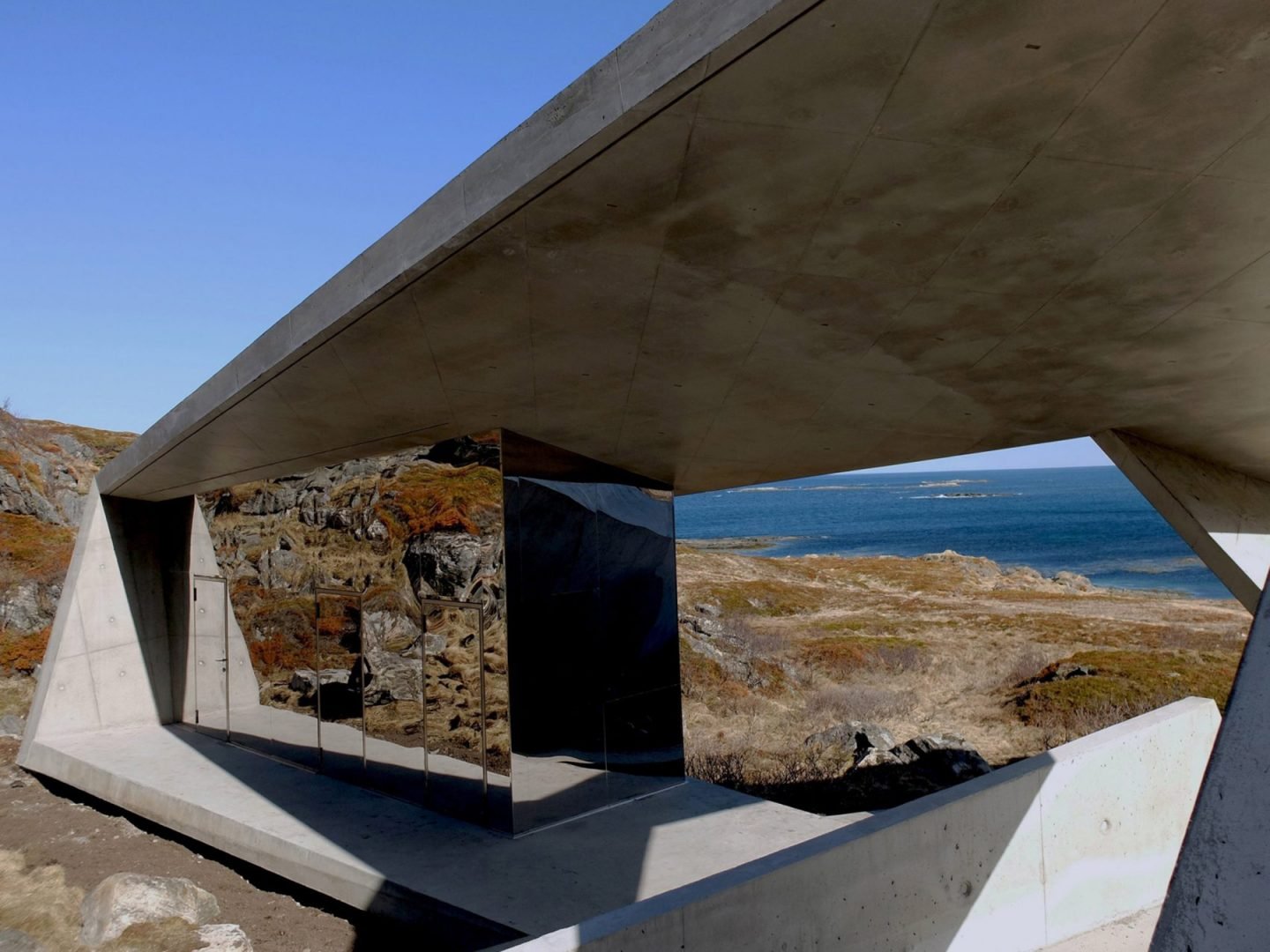 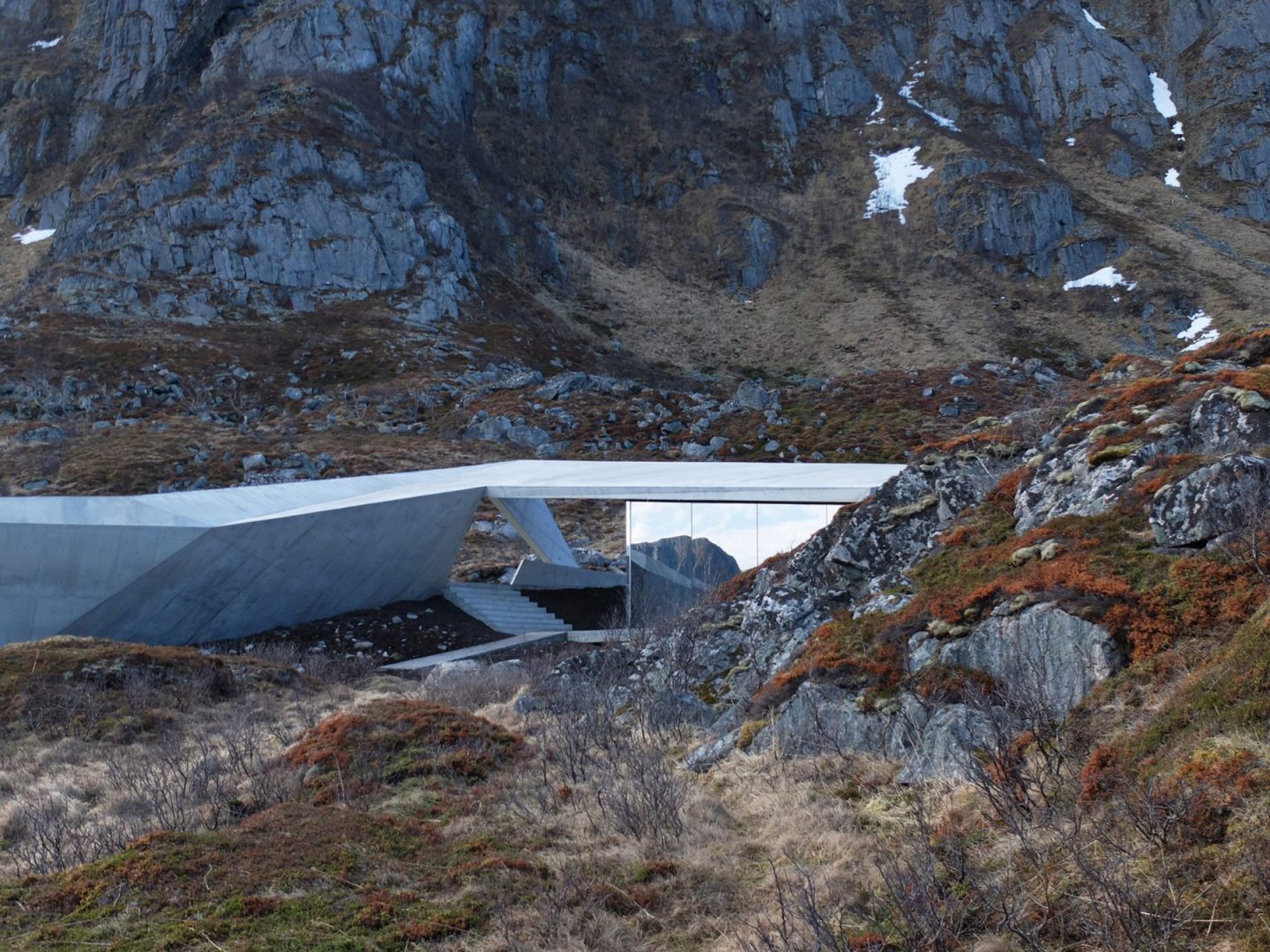 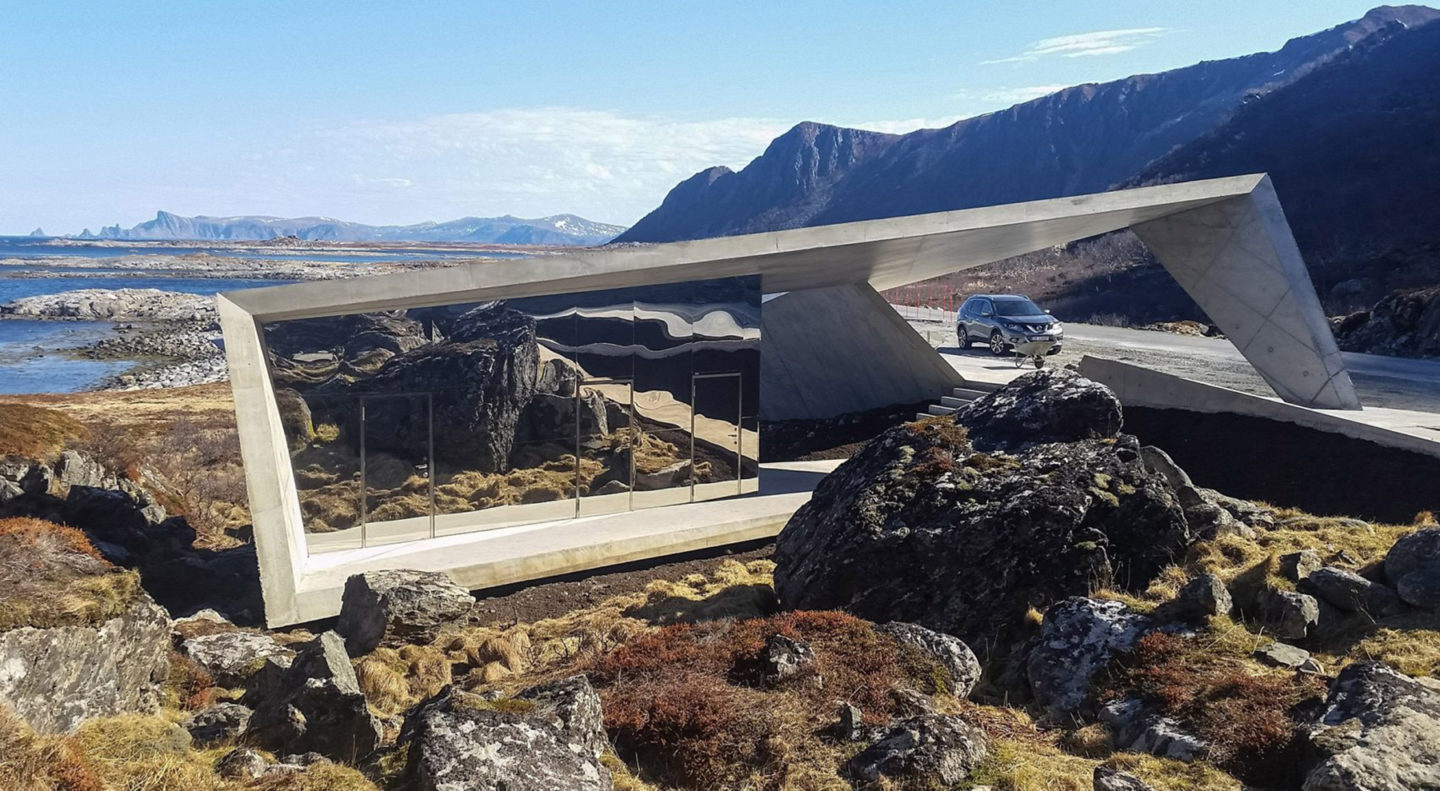 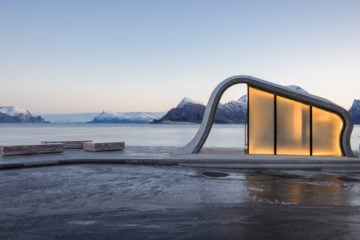 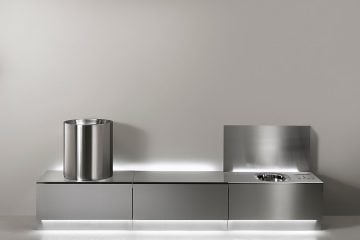 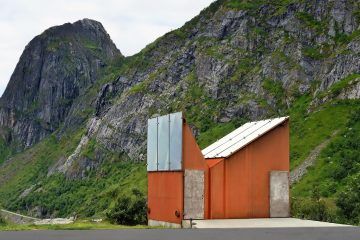 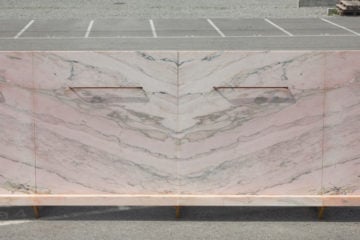