Featuring a wave-like metallic facade, the enormous structure appears to be inspired by the elaborate architecture of Gaudí. Commissioned by a young couple, the two-story house includes various terraces and living areas all of which offer panoramic views of the sea. To integrate the building into the surrounding area, the architects had to overcome restrains like the cliffside location, as well as a tight budget. Additionally, with the project launching during Spain’s financial crisis, the architects aimed to strengthen local craftsmanship and labor.

Speaking about the concept behind the project, the architects say: “The form of the house and the metallic roof produces a calculated aesthetic ambiguity between the natural and the artificial, between the skin of a dragon set in the ground, when seen from below, and the waves of the sea, when seen from above.” 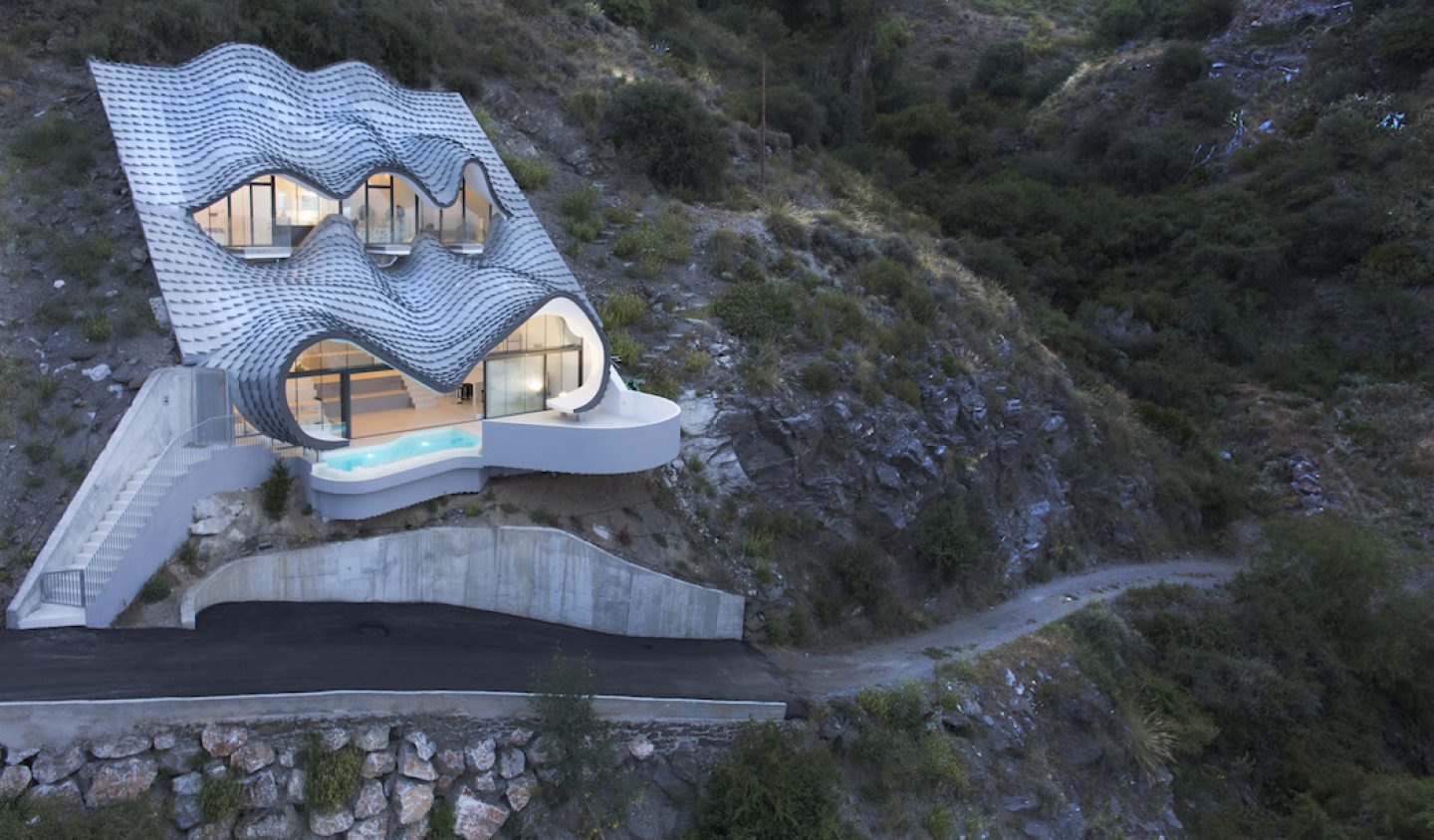 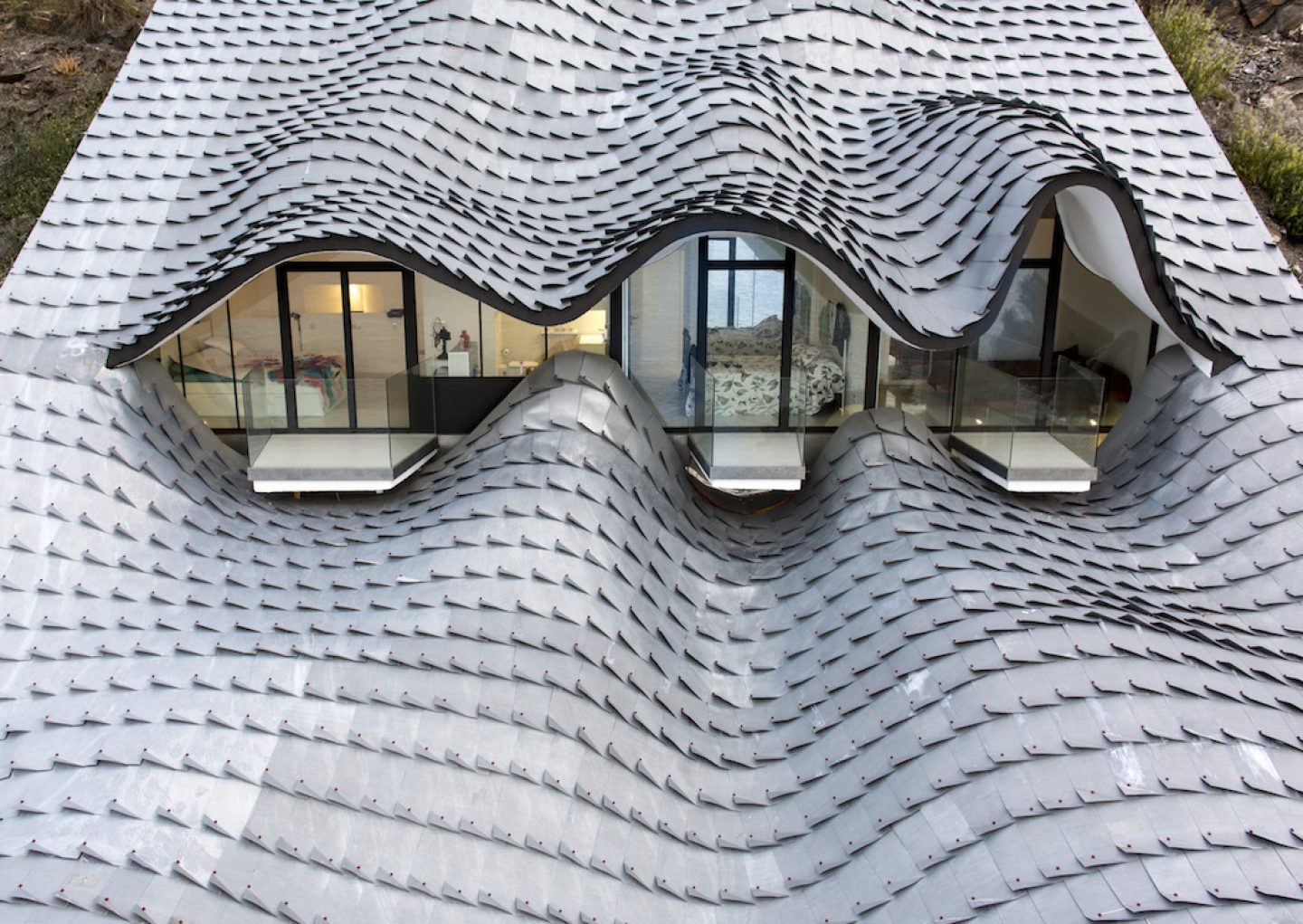 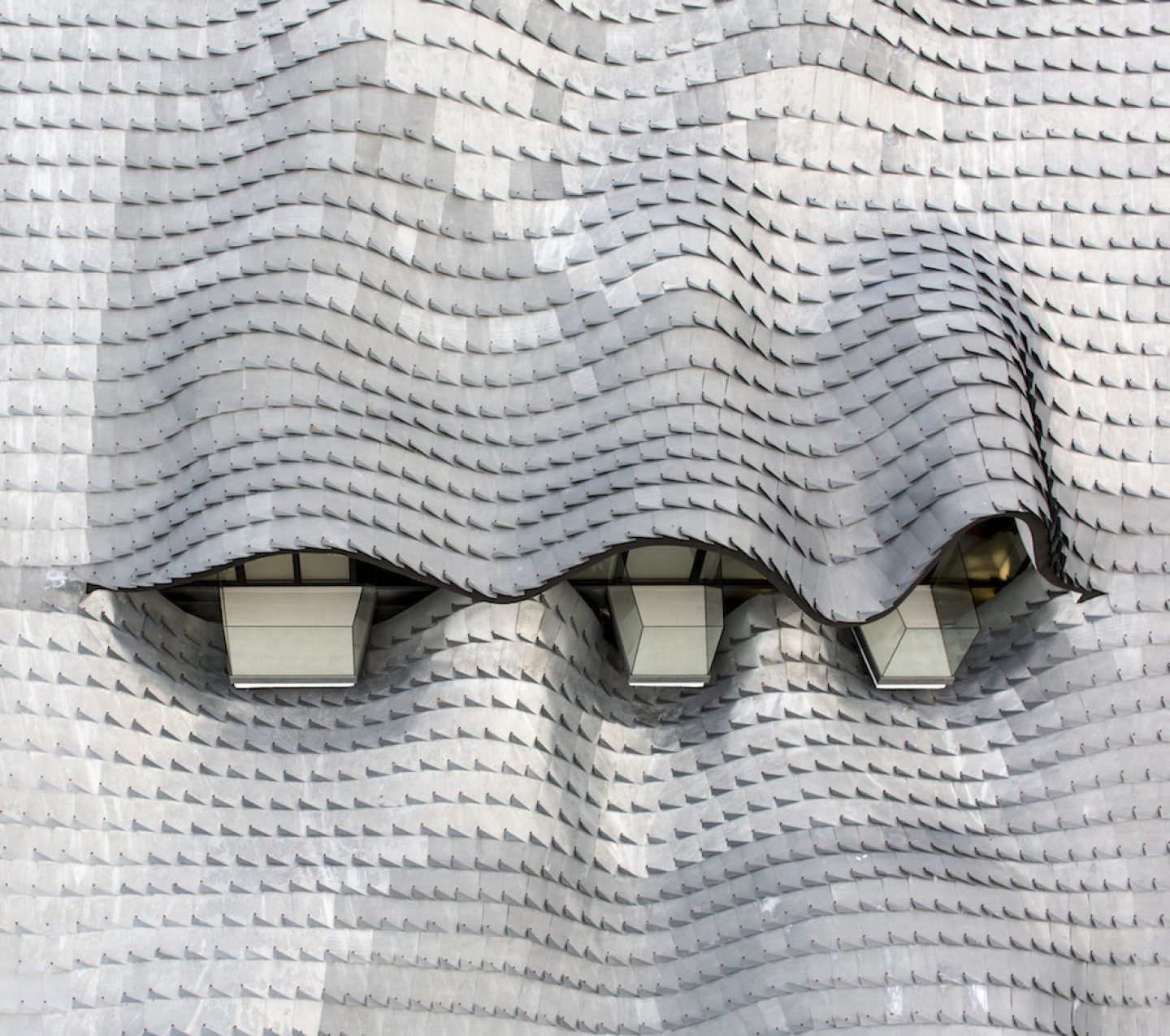 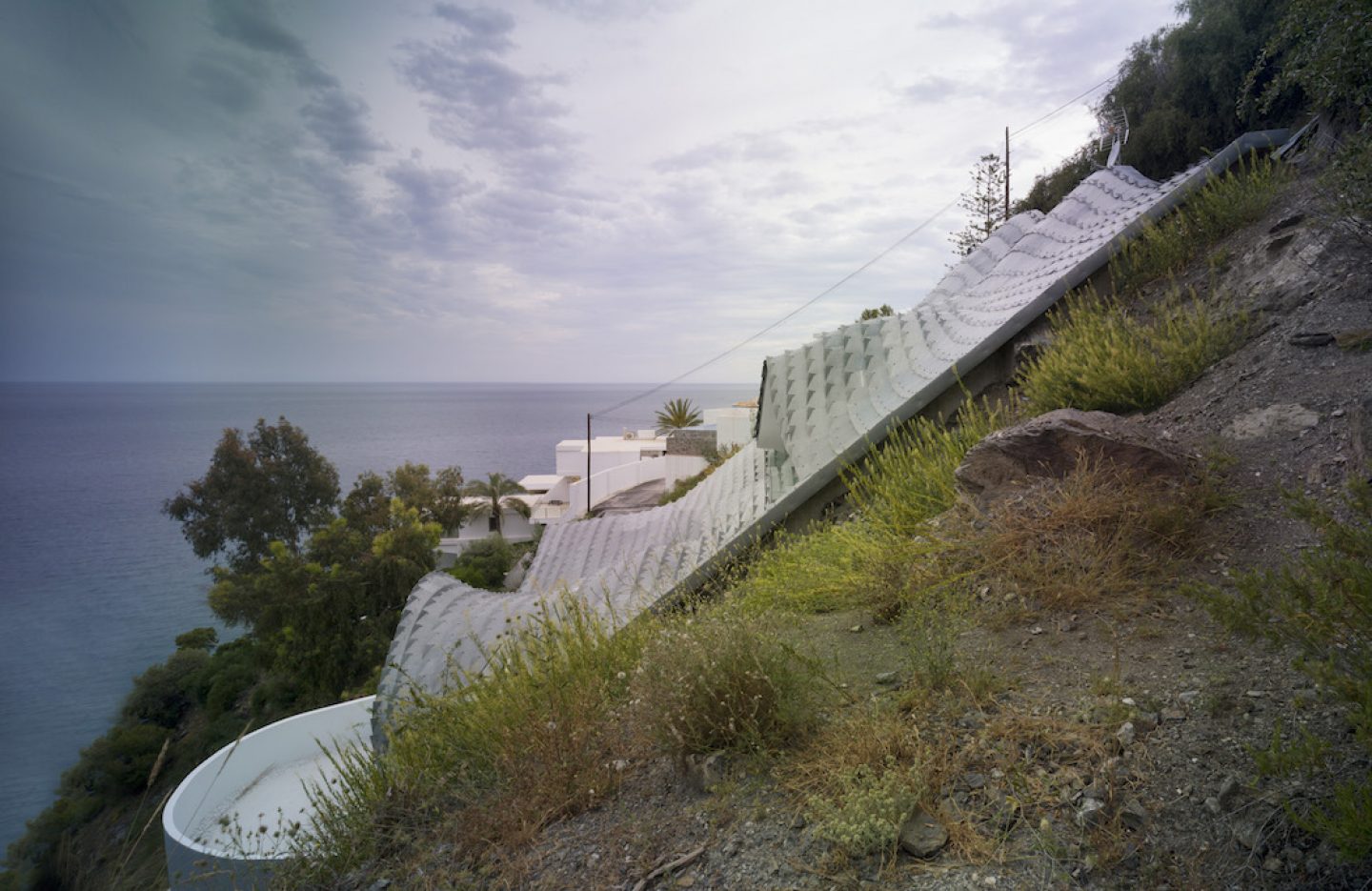 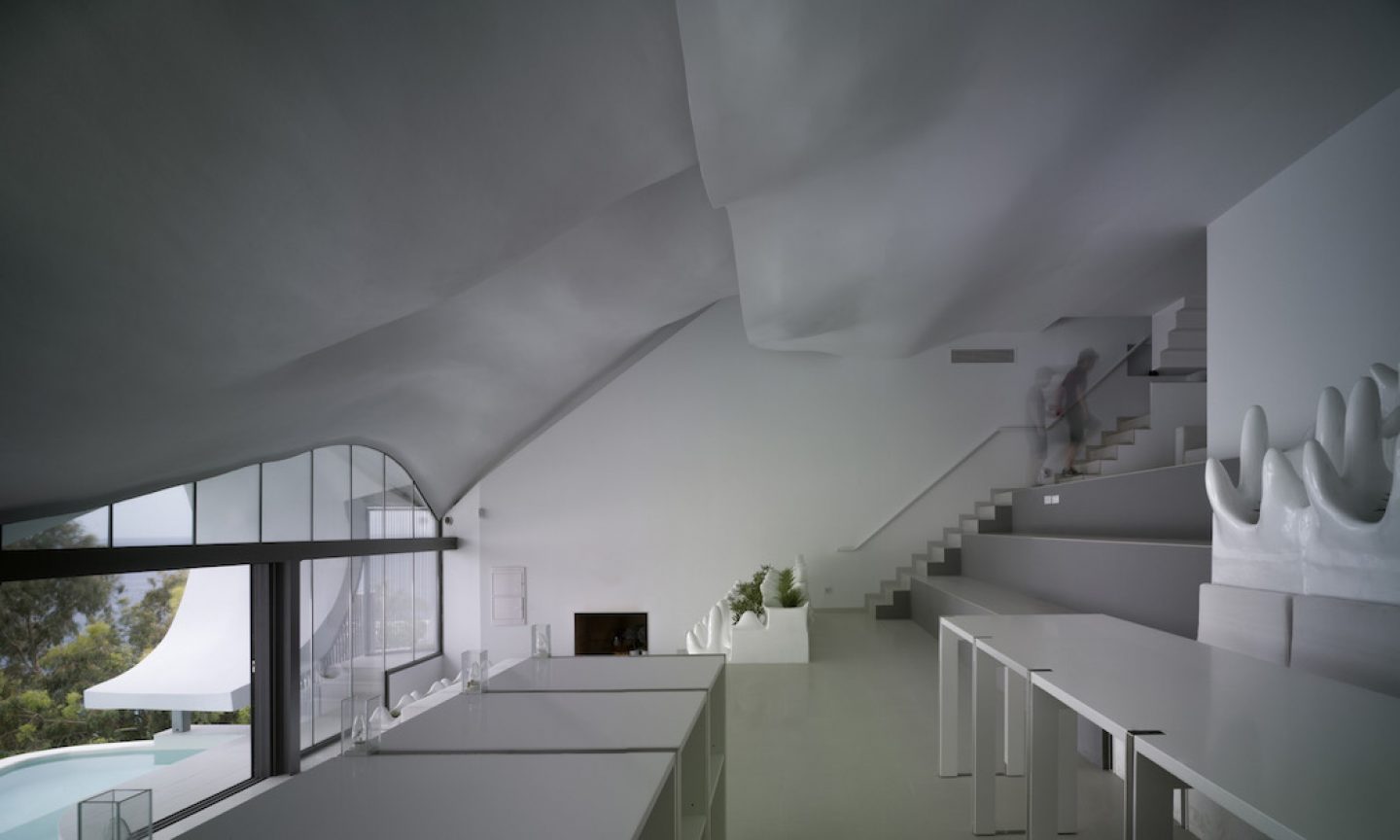 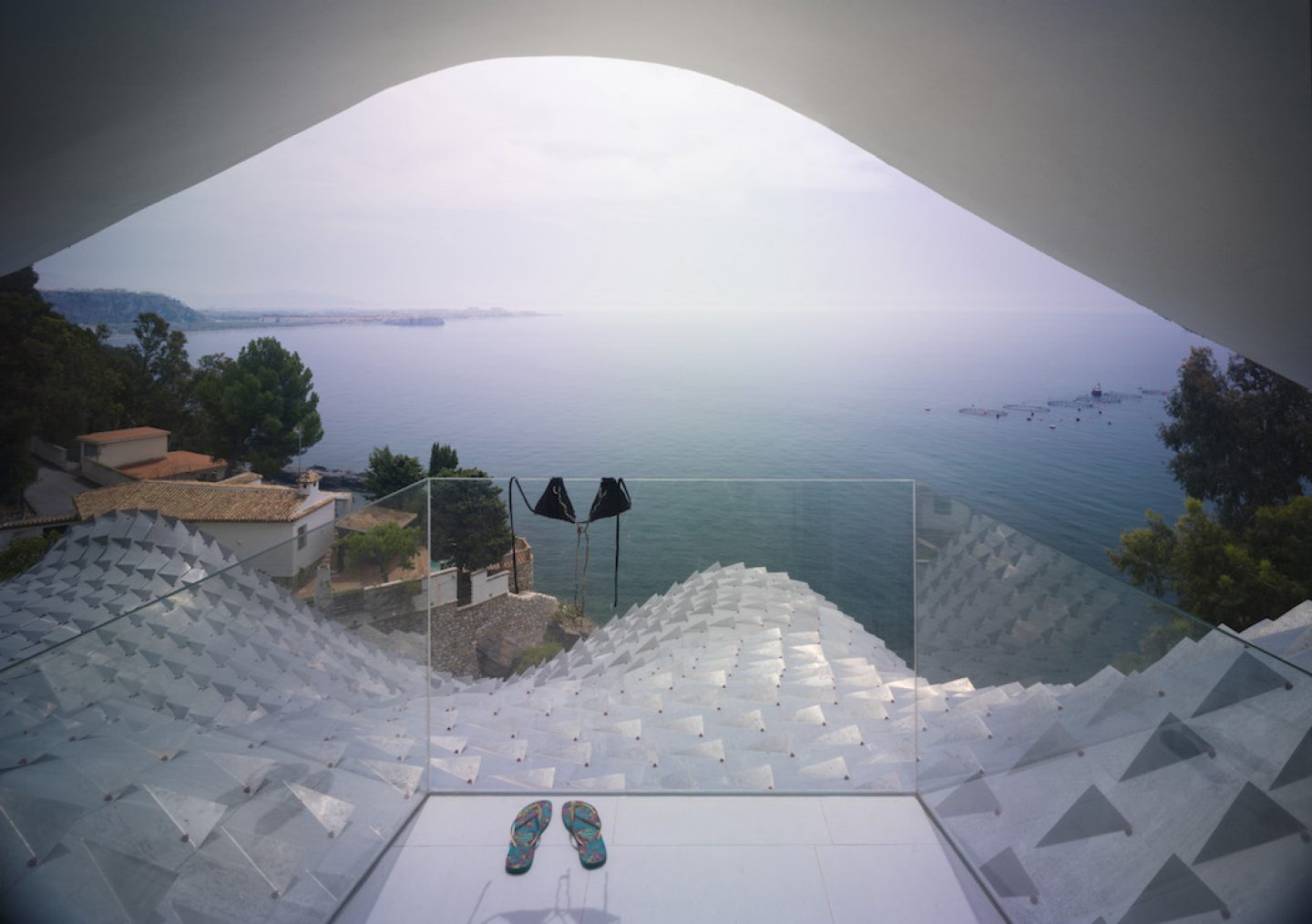 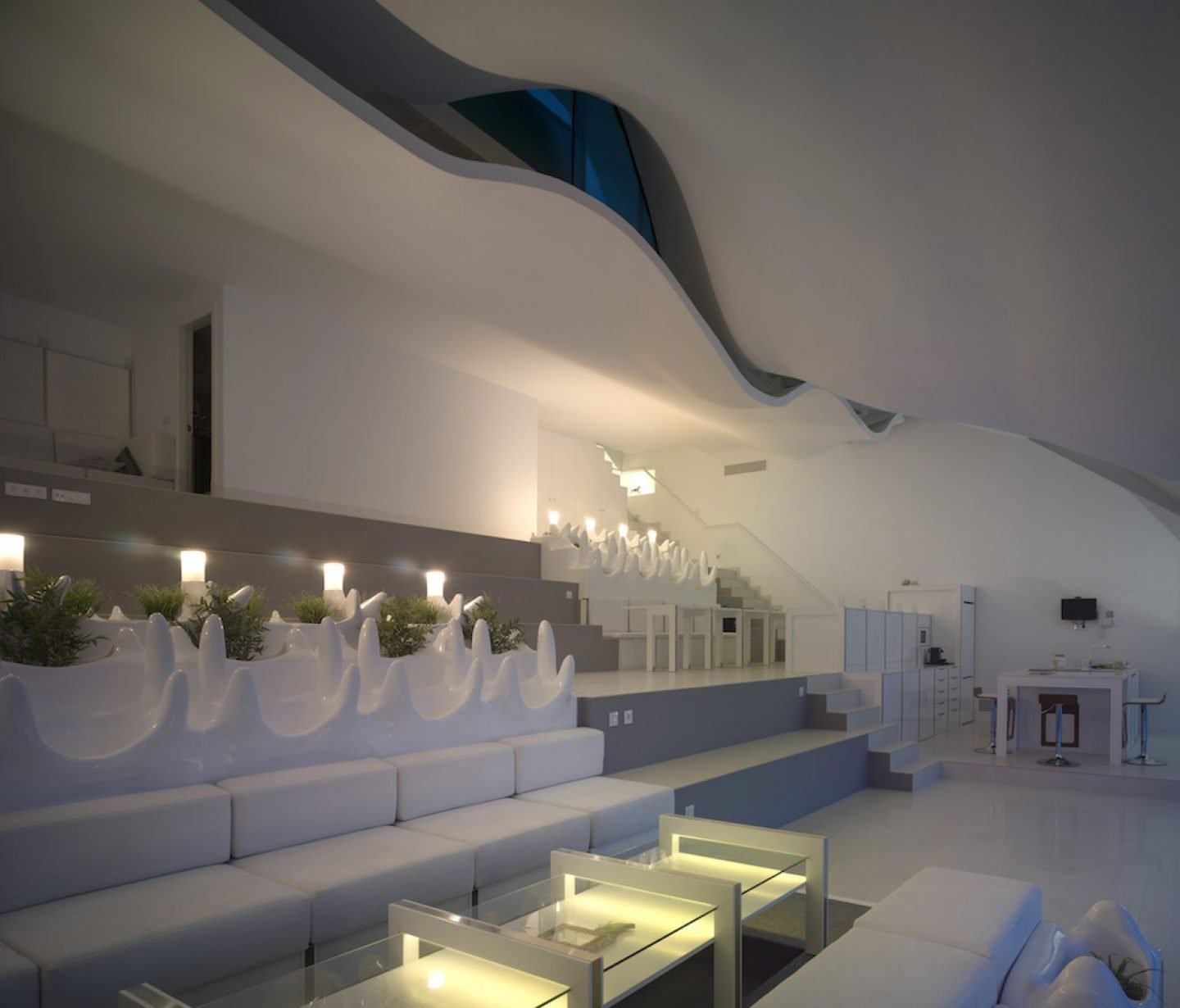 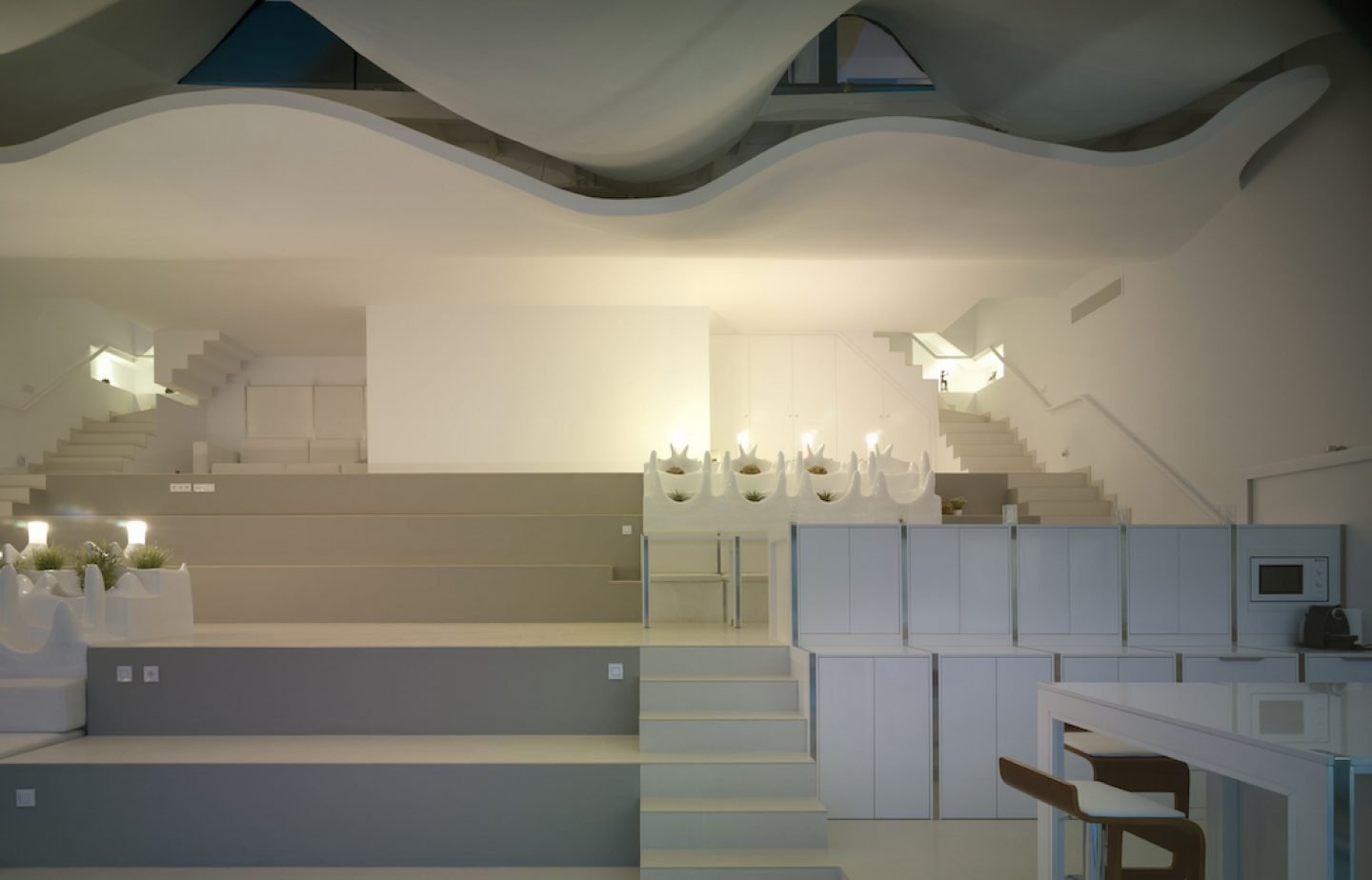 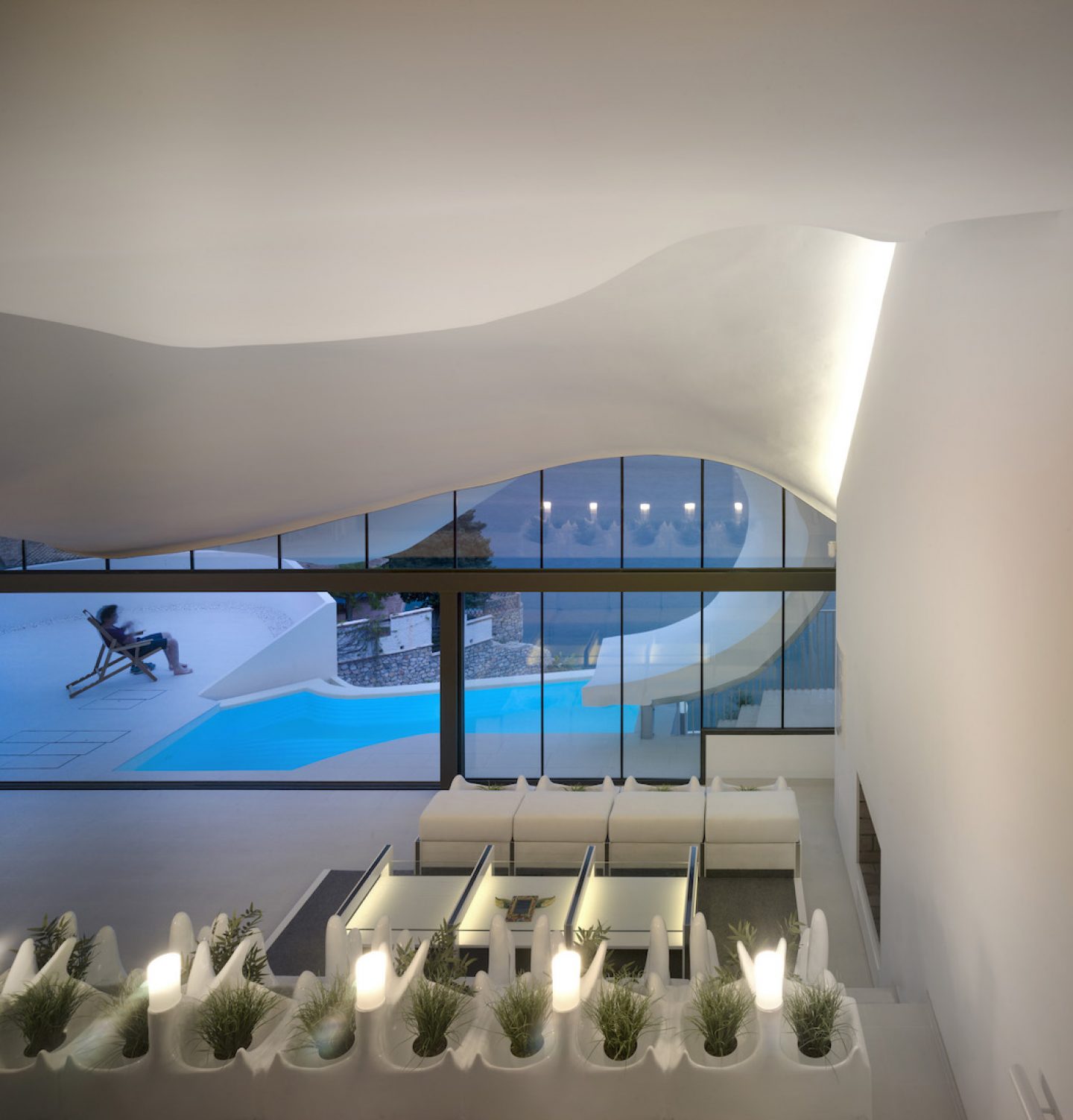 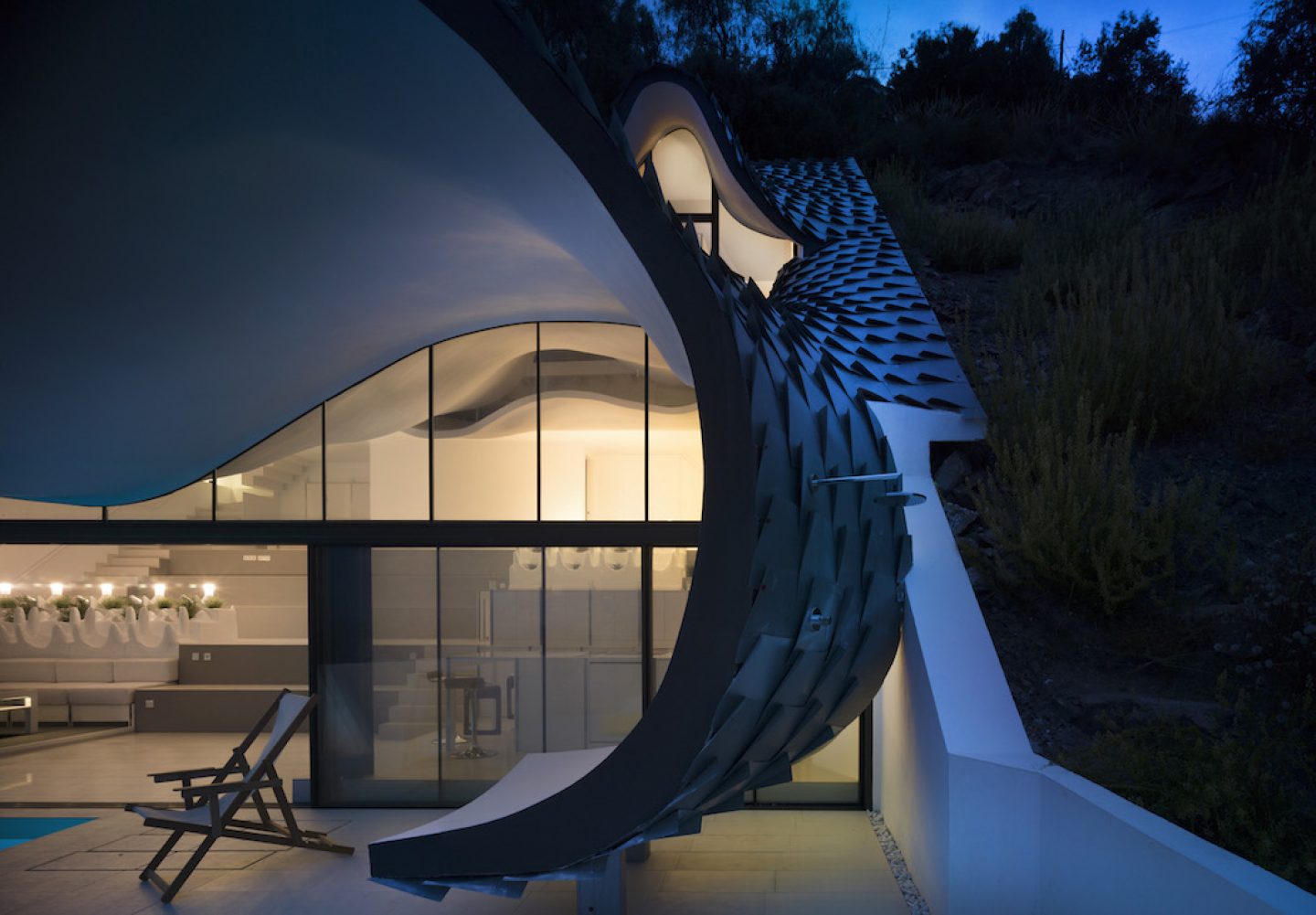 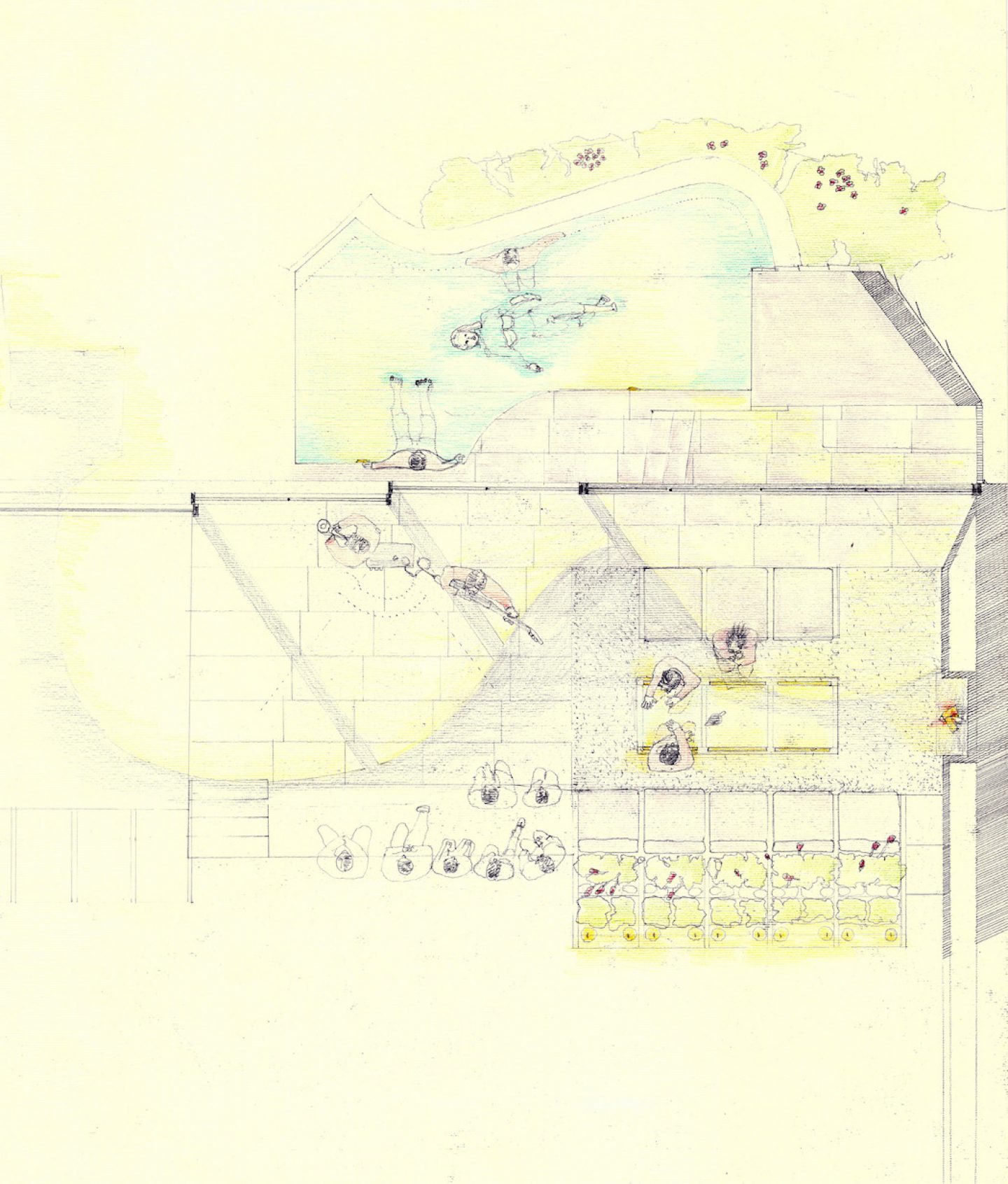 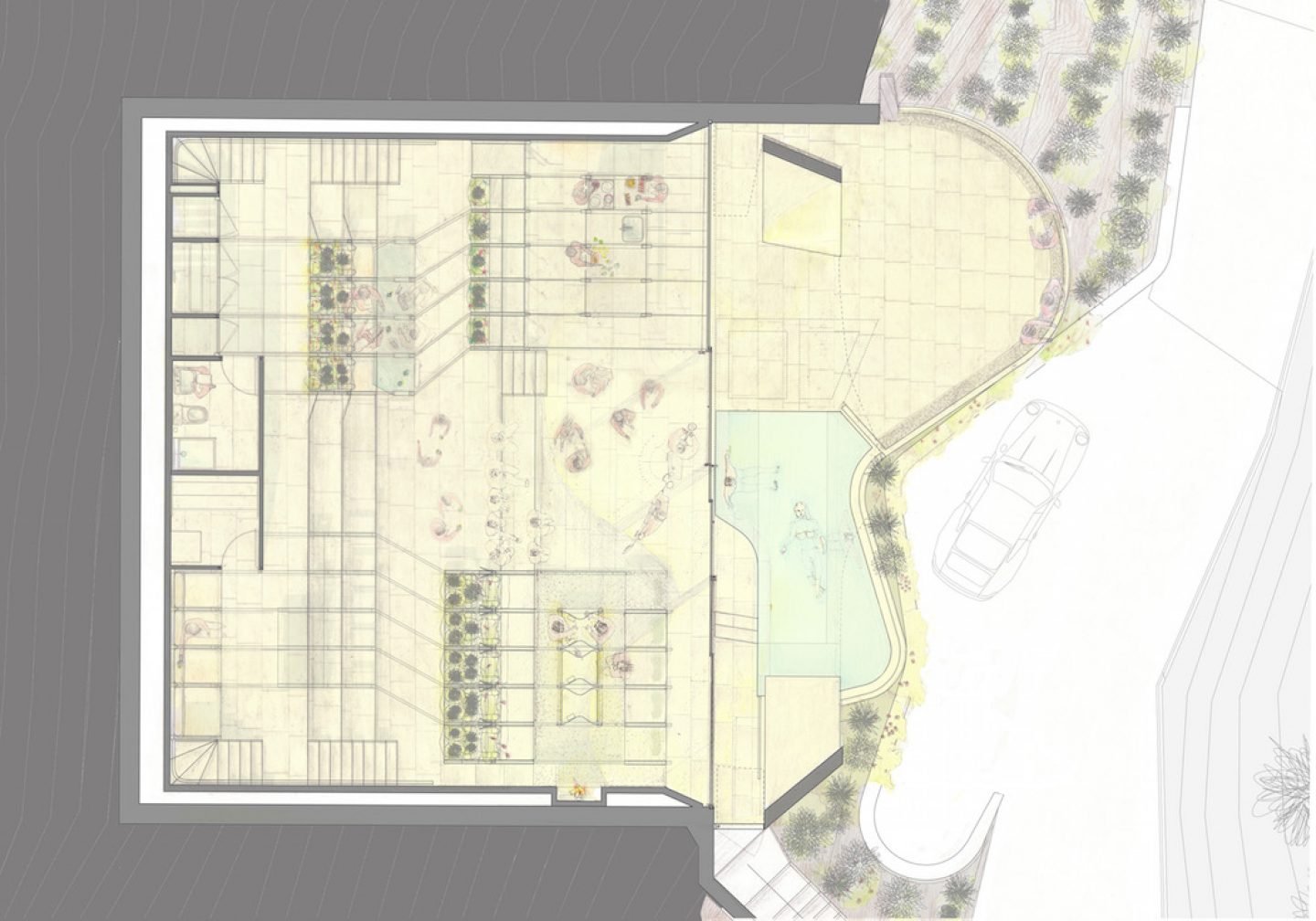 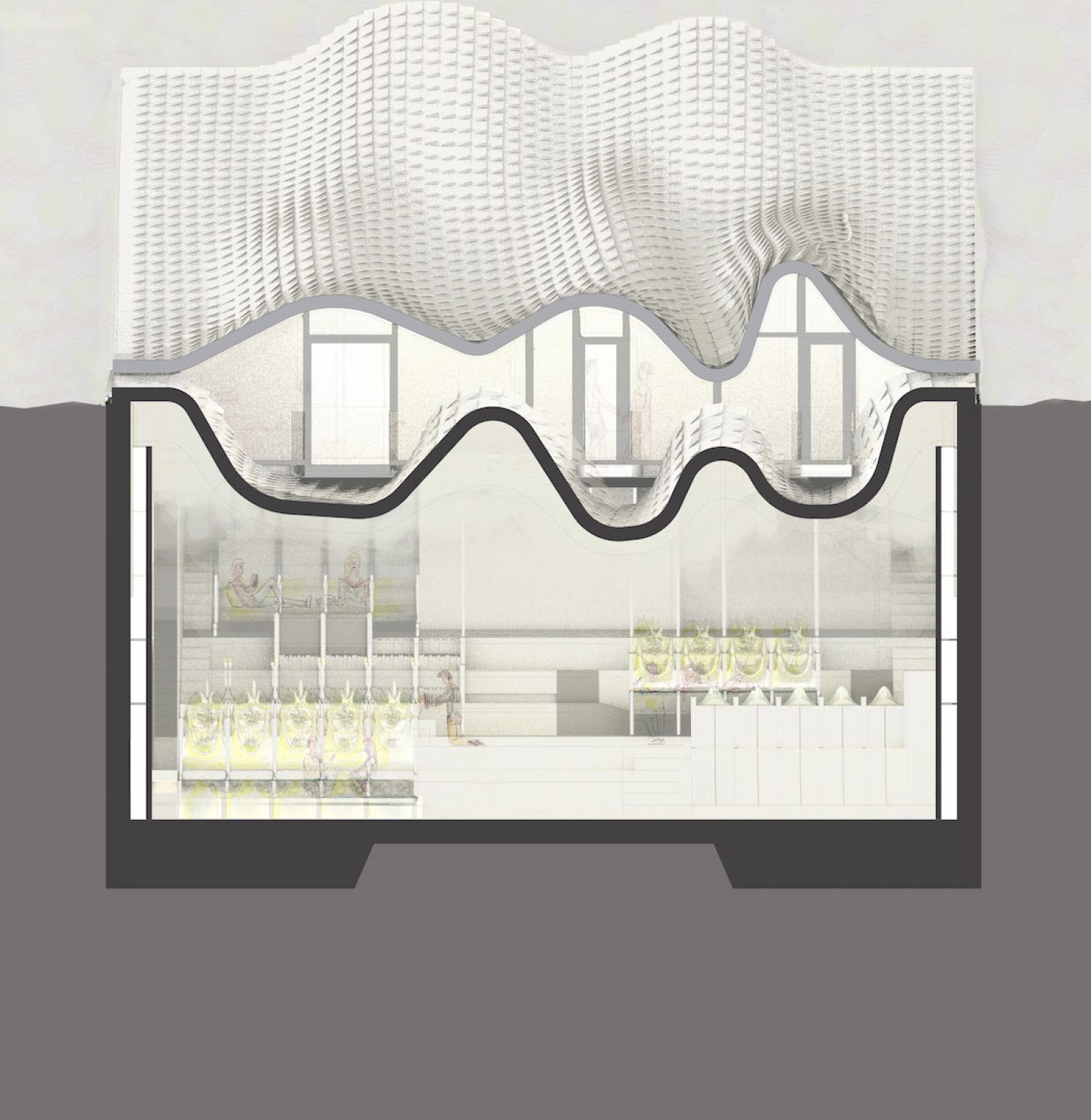 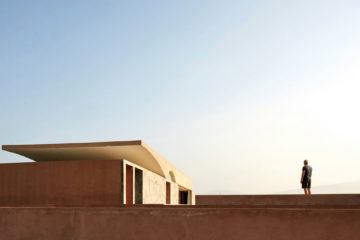 A House In Four Volumes Overlooks The South Pacific Ocean 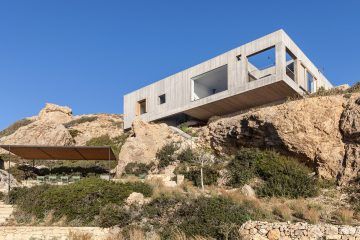 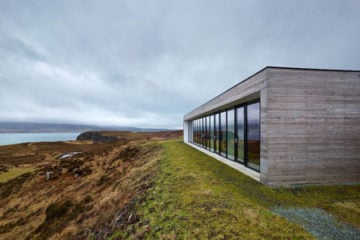 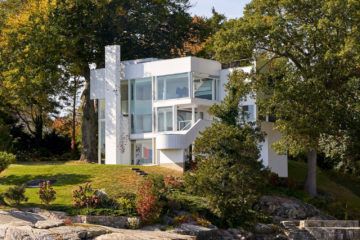 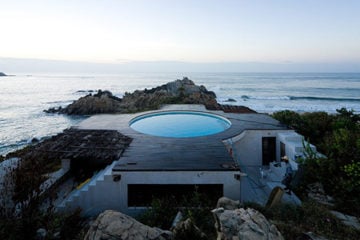 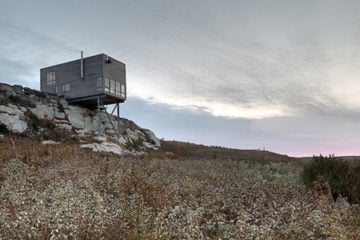 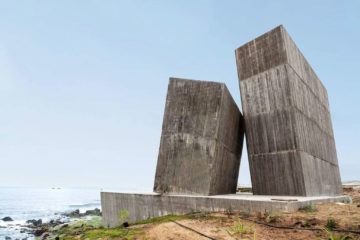 A Concrete Work Of Art Overlooking The Pacific Ocean In Chile 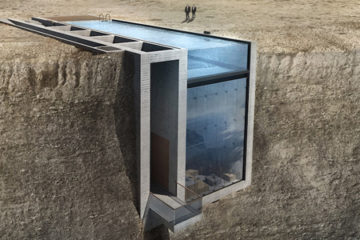 Q&A With The Architects Behind Casa Brutale