Melbourne-based fashion designer Betty Liu has collaborated with photographer Jess Brohier to create ‘Eating The Other’: a fashion collection, performance art piece and photographic series that, Liu explains, explores “the objectification and orientalization of China by adopting the West’s stereotypes of Chinese culture”.

Liu’s collection is a series of long garments that aim to subvert the perception of the qipao, a traditional Chinese dress that has been objectified by Westerners. In an interview with It’s Nice That, Liu explained that the deliberately exaggerated shape of her garments is designed to “obscure the wearer entirely”, creating a dialogue about Asian stereotypes without the added sexualization of clothing. These garments, created in bold primary colors of blues and reds, are then used in Liu’s performance art piece. In the piece, four identically dressed models with interconnected sleeves, sit at a table full of food that is commonly seen in Chinese restaurants. Soon, two more models enter the room. They examine the seated models, and then the food, throwing it around in a manner that Liu explains is how Chinese food is often treated by Westerners. “Through the act of mimicking the West’s fabricated representation of China, Western power can be undermined as it exposes the artificiality of these stereotypes”, she continues. In addition to the performance art, Liu collaborated with Brohier to create a photographic series of the same name for Sukeban Magazine. “I don’t see fashion and design as just about function and aesthetics, but rather a medium for me to construct ideas about the body,” Liu explains. “ I just wanted to break that glass of misrepresentation”. 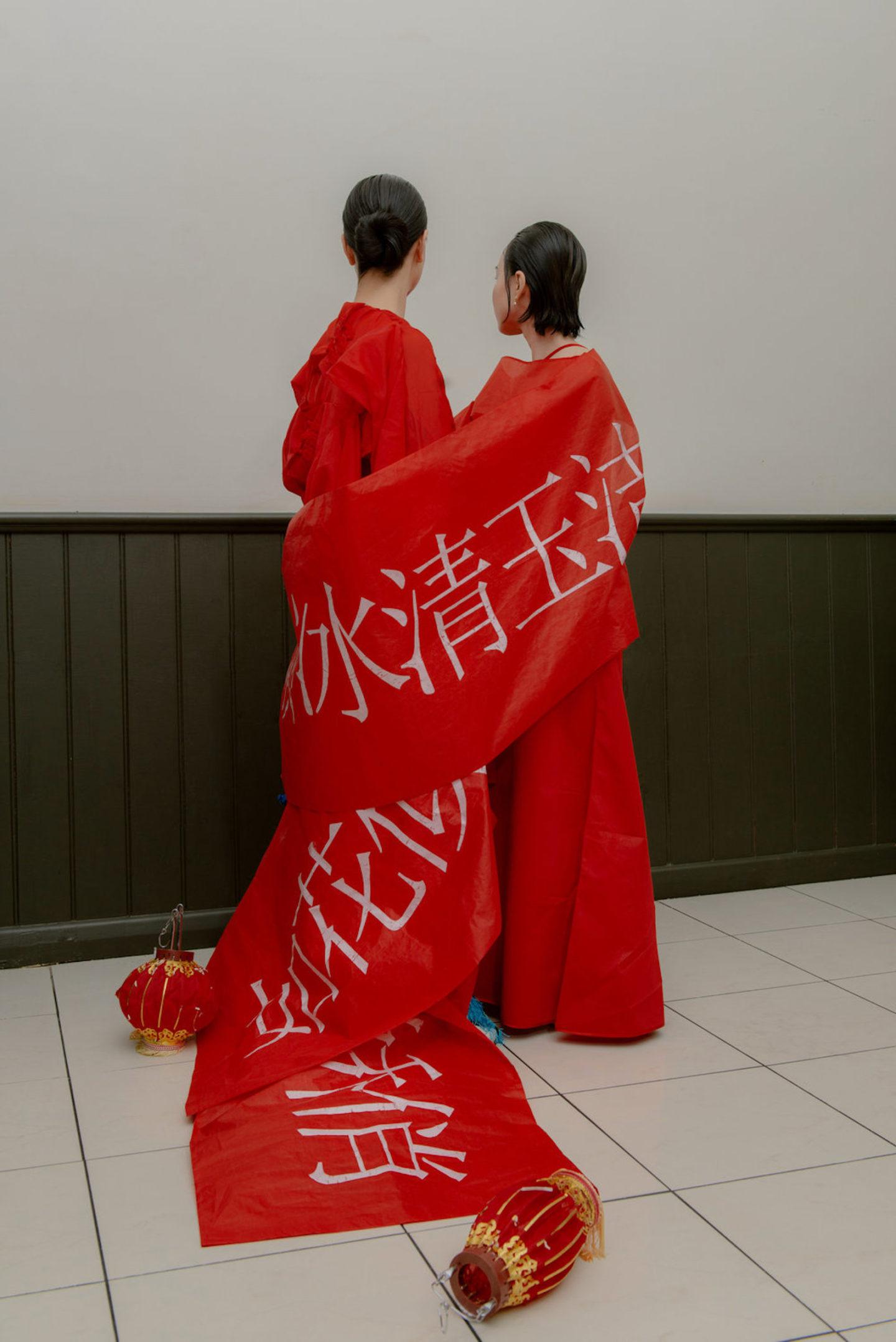 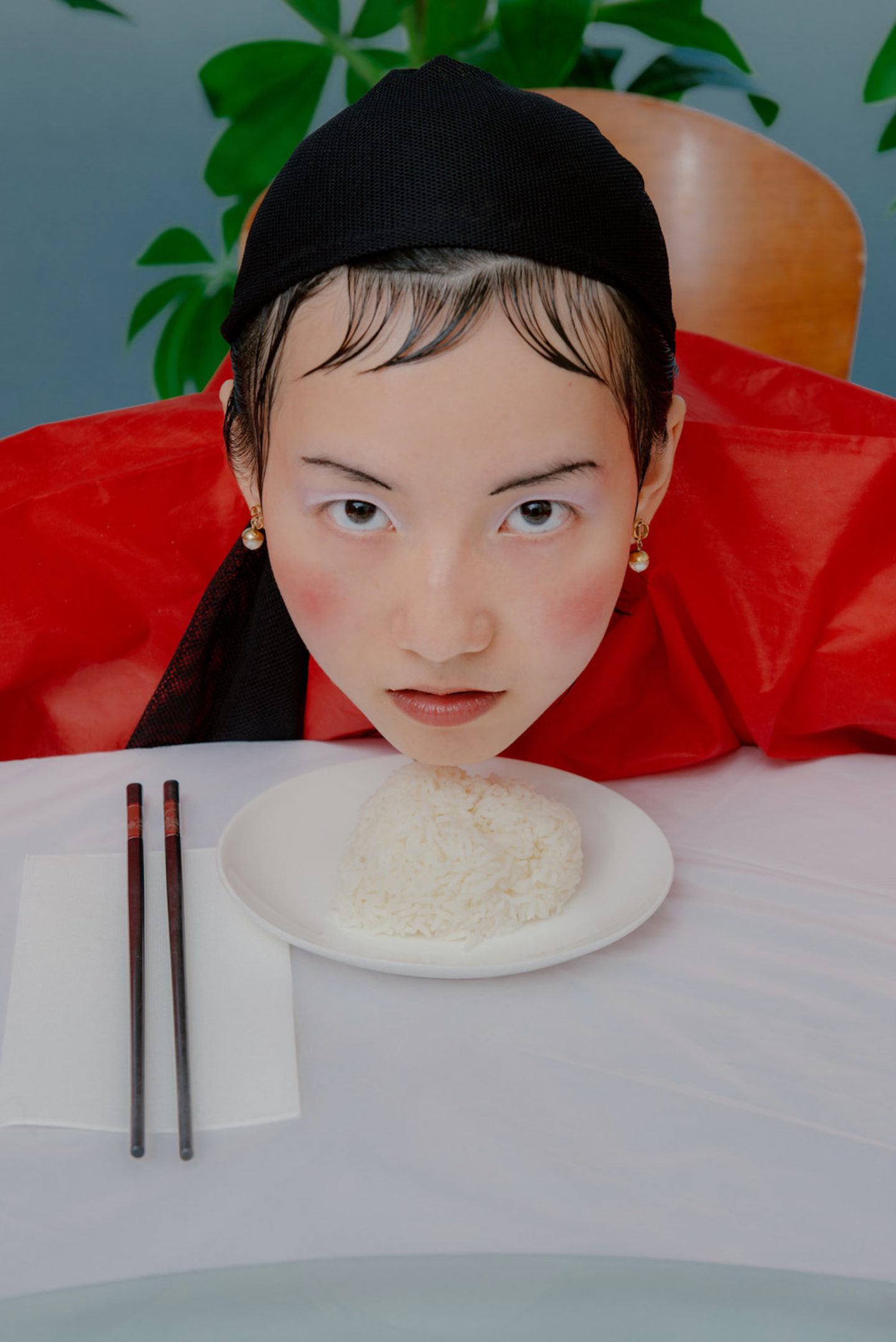 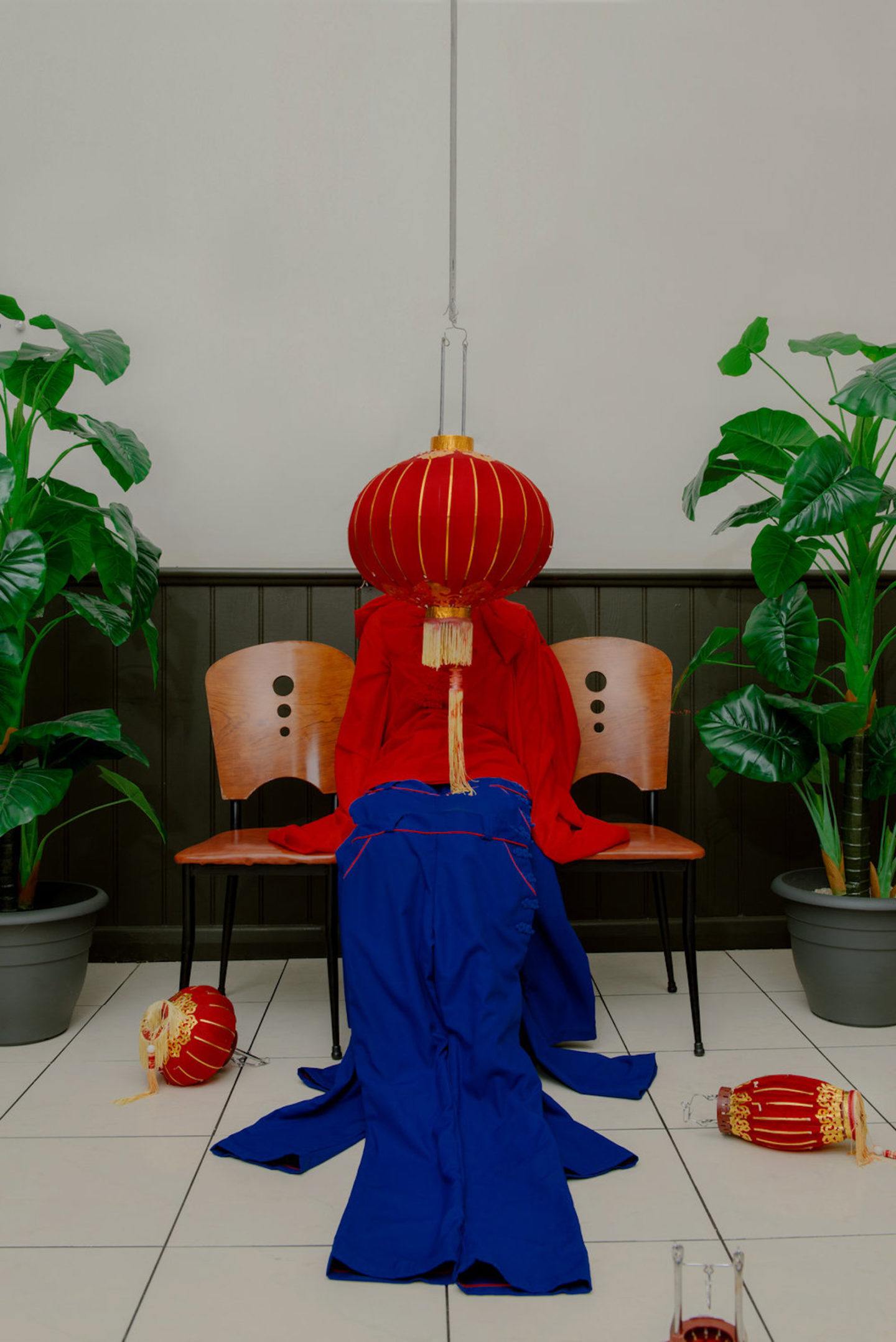